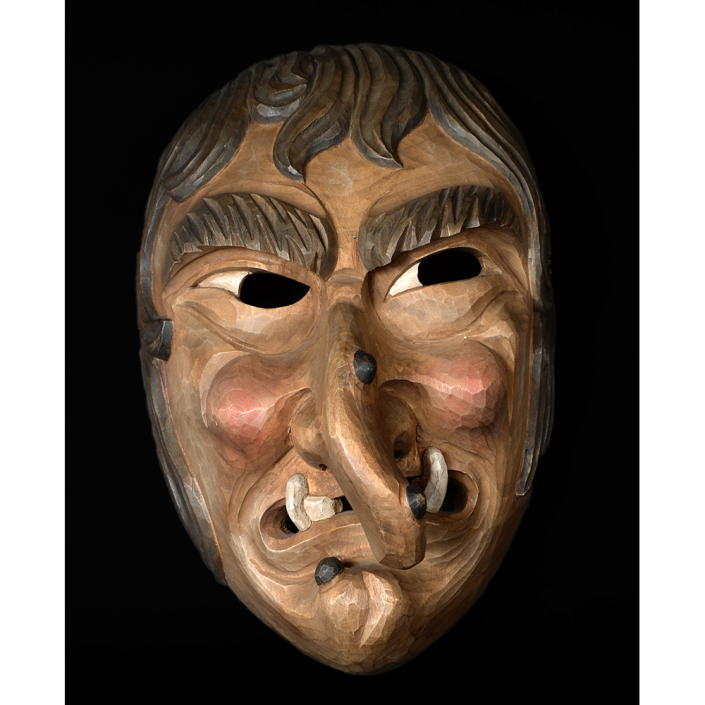 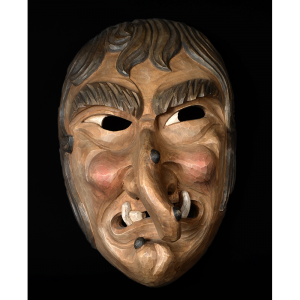 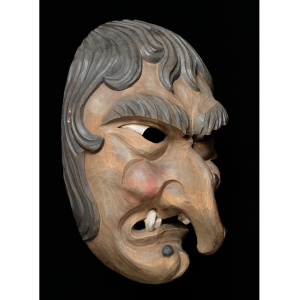 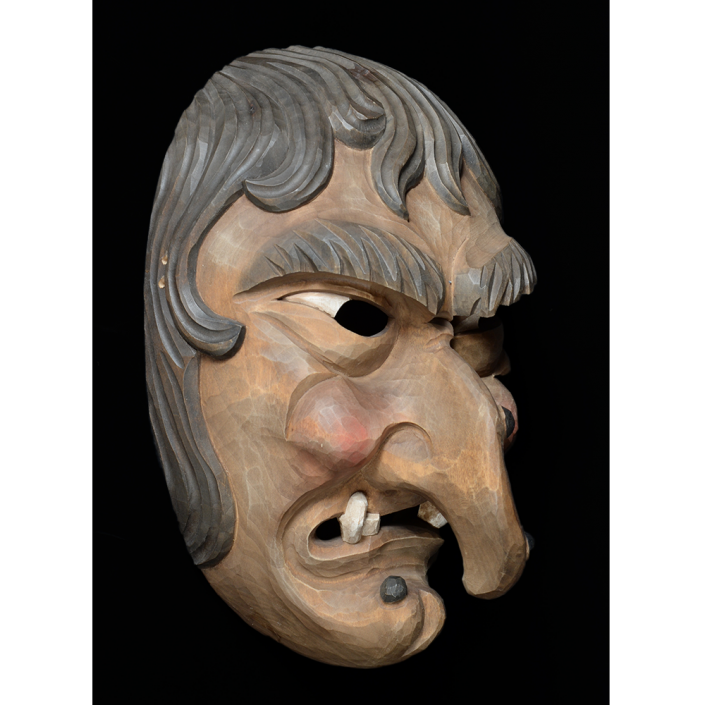 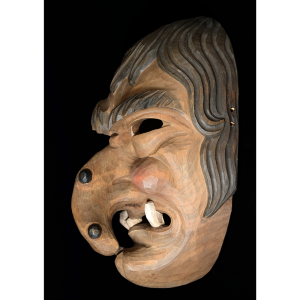 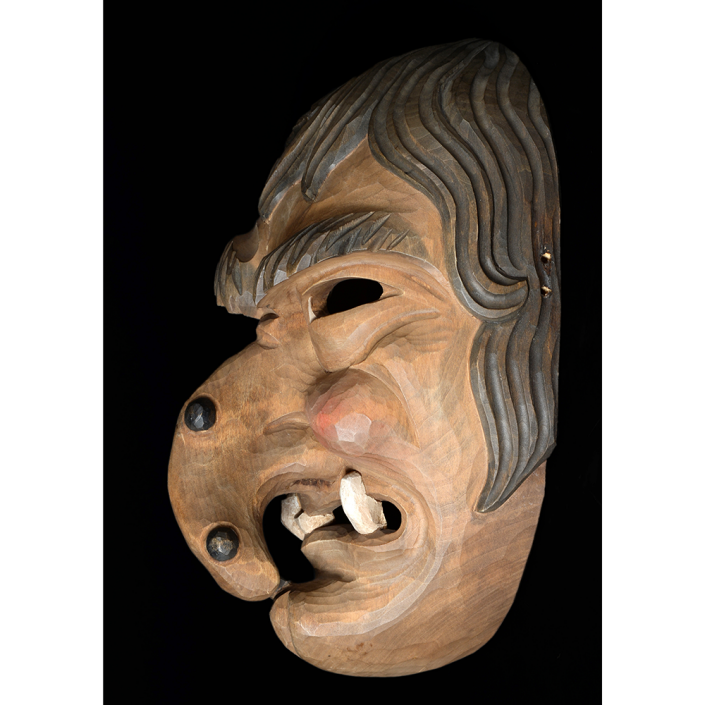 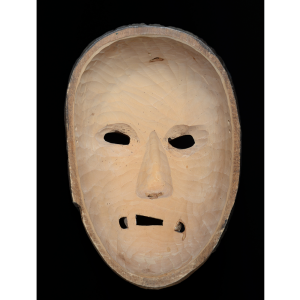 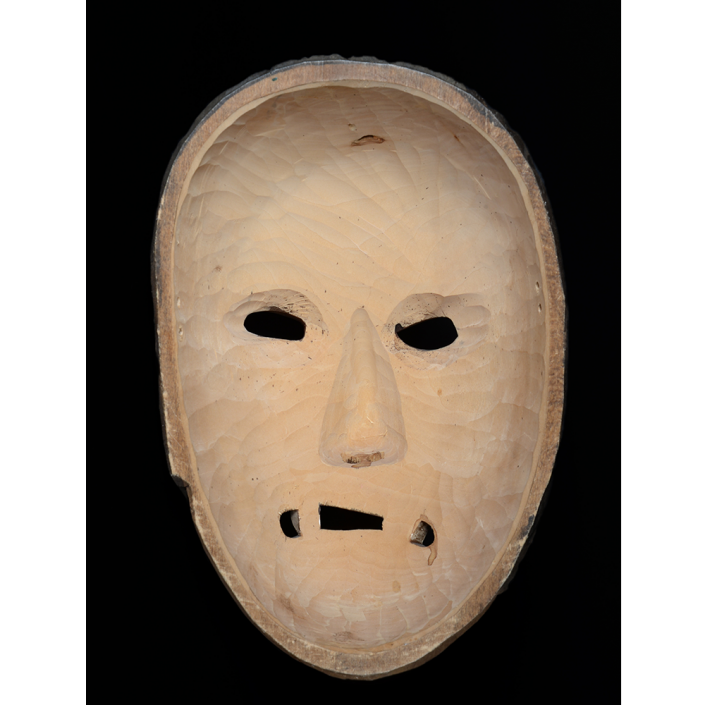 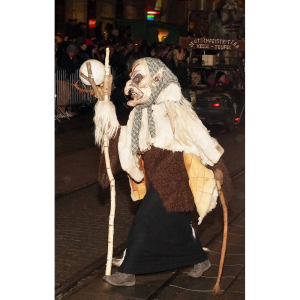 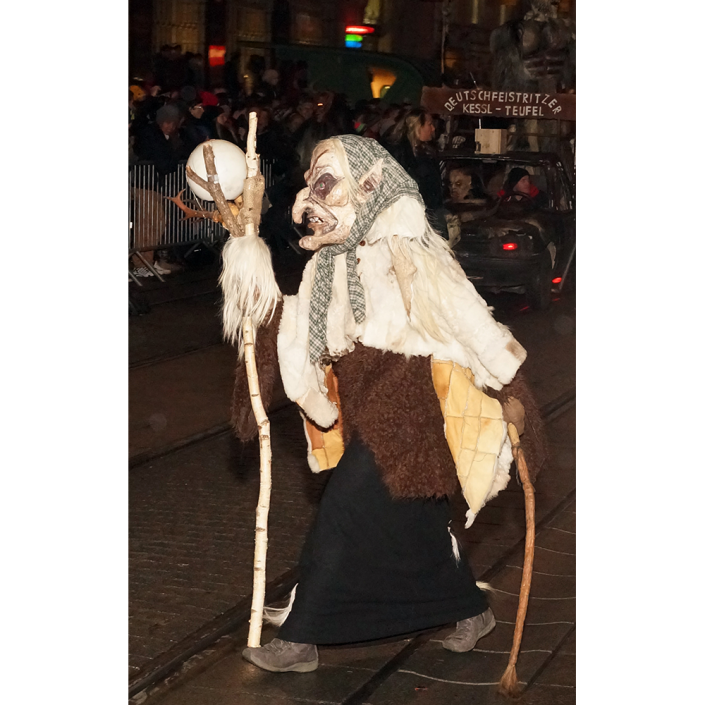 This mask represents a very typical witch from the Swabian-Tyrolean region of southern Europe. The witch mask is popular in Carnival parades, and it also may be worn during Perchtenlauf, or the running of the demons. In pre-Christian times, a witch-like character represented a primeval spirit that would threaten or benefit human society. With the coming of Catholicism to the region, the witch began to represent a woman who consorted with the Devil and therefore always threatened the established order. Until recently, most Christians, including those in the highest levels of the European and North American churches, believed that witches actually existed, and they burned thousands of helpless woman to death based on these religious superstitions.

Today, the witch is more a figure of fun than a threat. In Carnivals, she represents a purely imaginary character from historical folk tales. During Perchtenlauf, she is an ally of the Perchten, demons who punish disobedient or quarrelsome children around Christmastime by carrying them away in a sack and eating them.