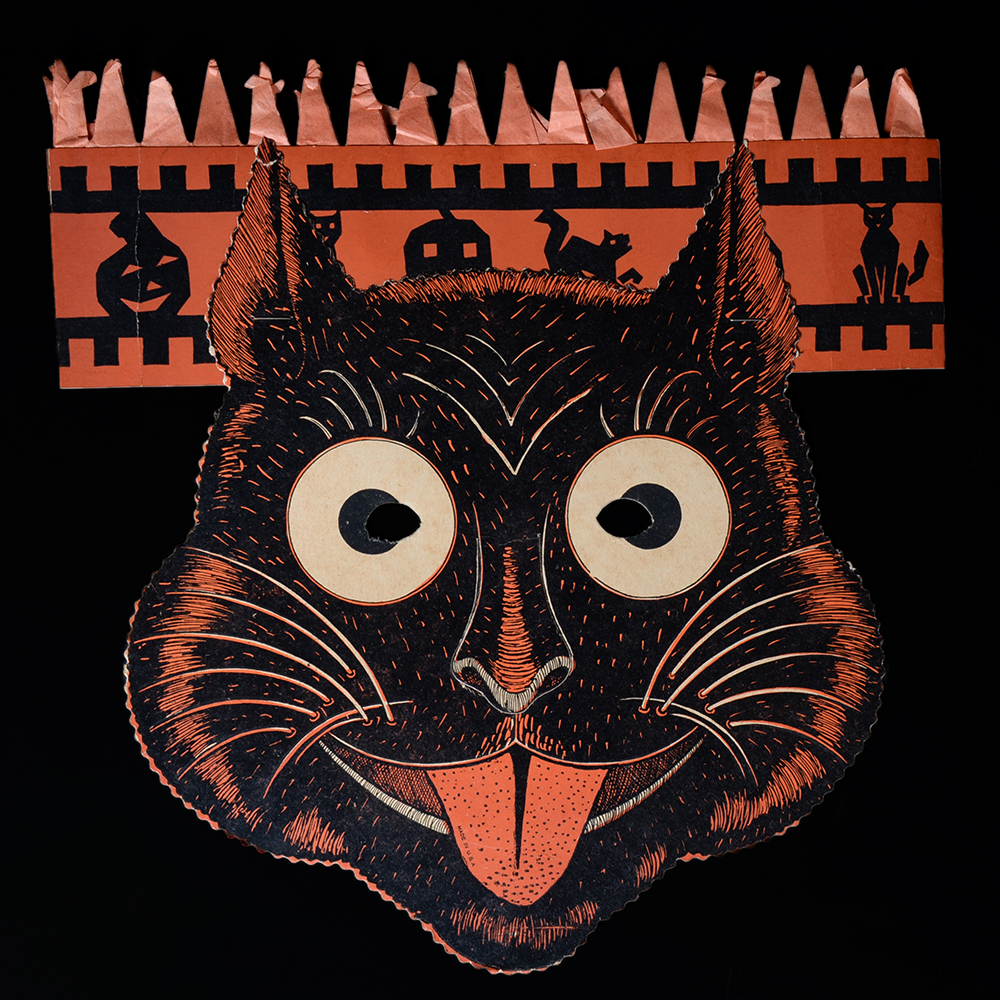 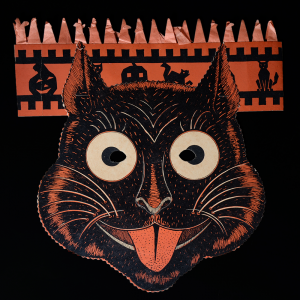 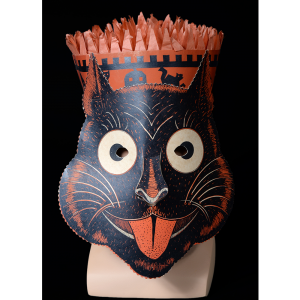 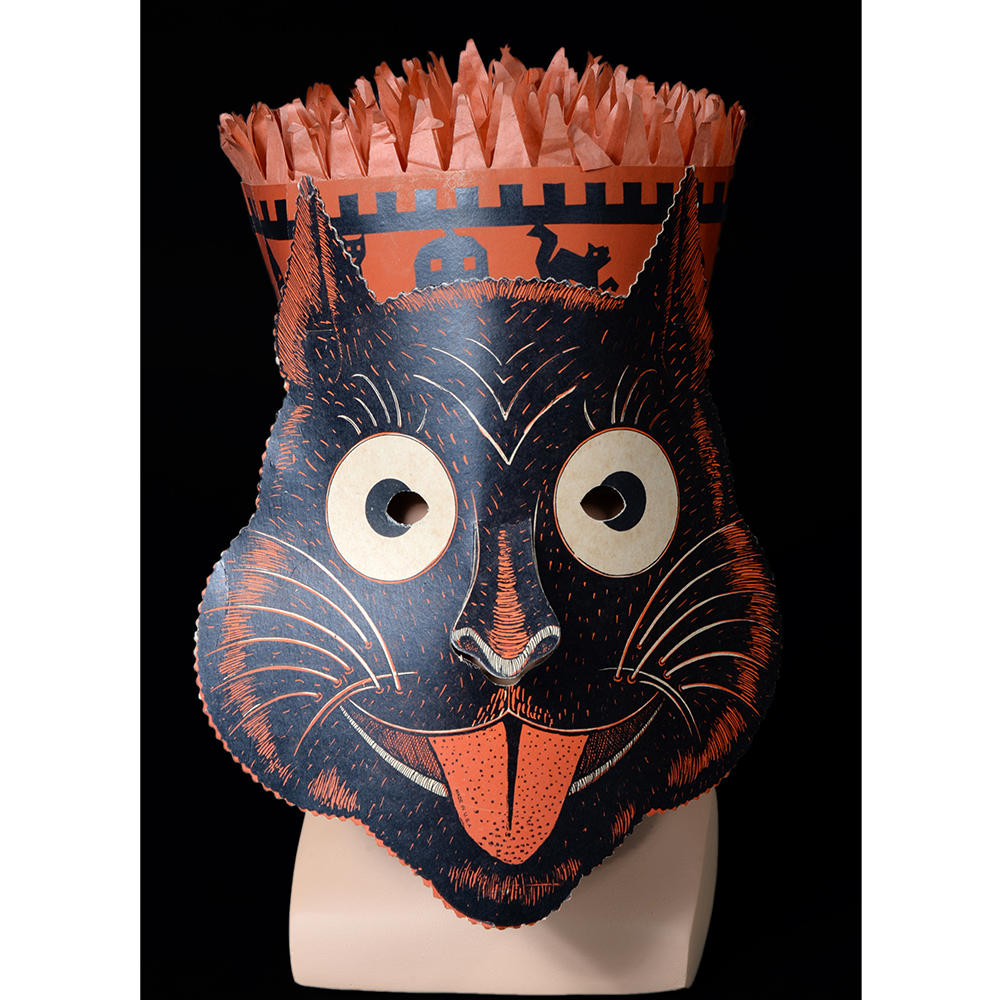 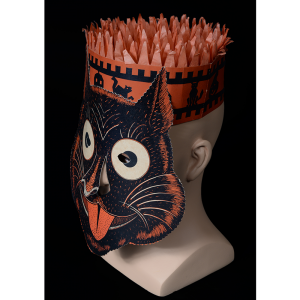 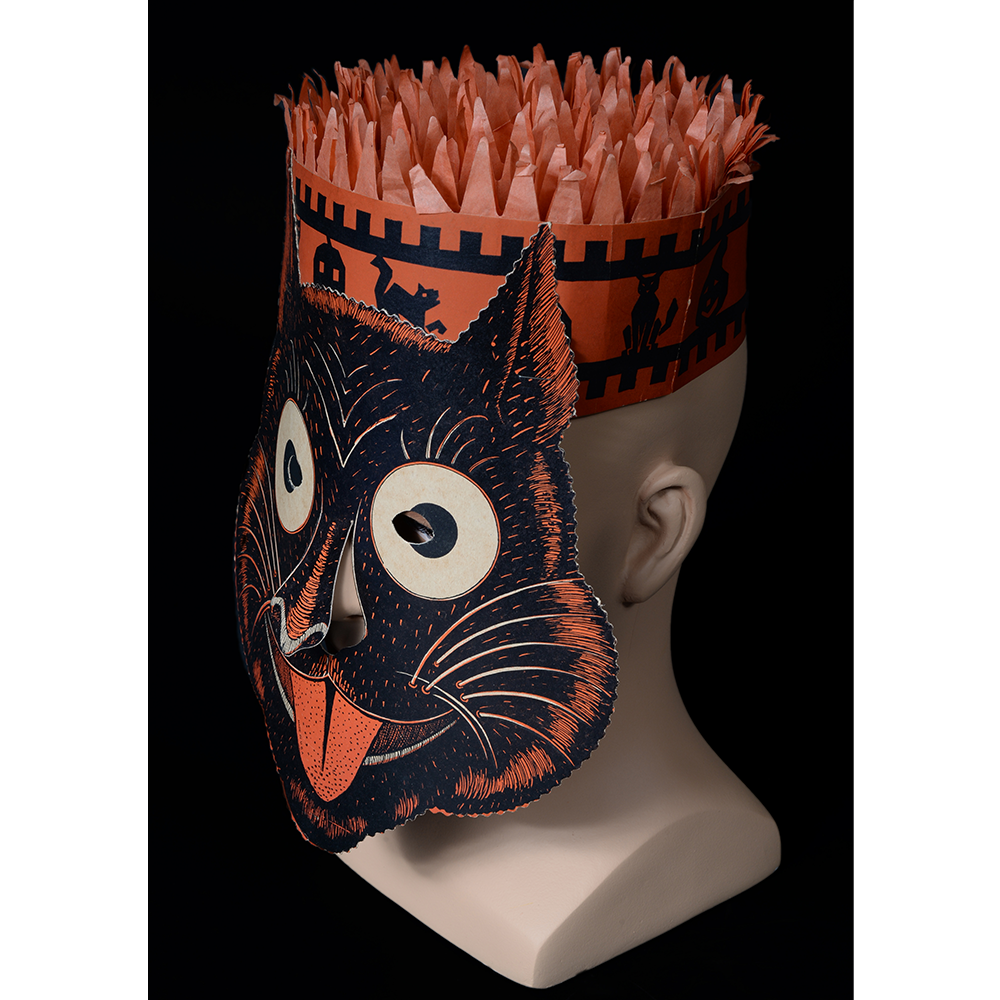 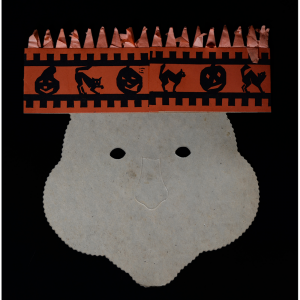 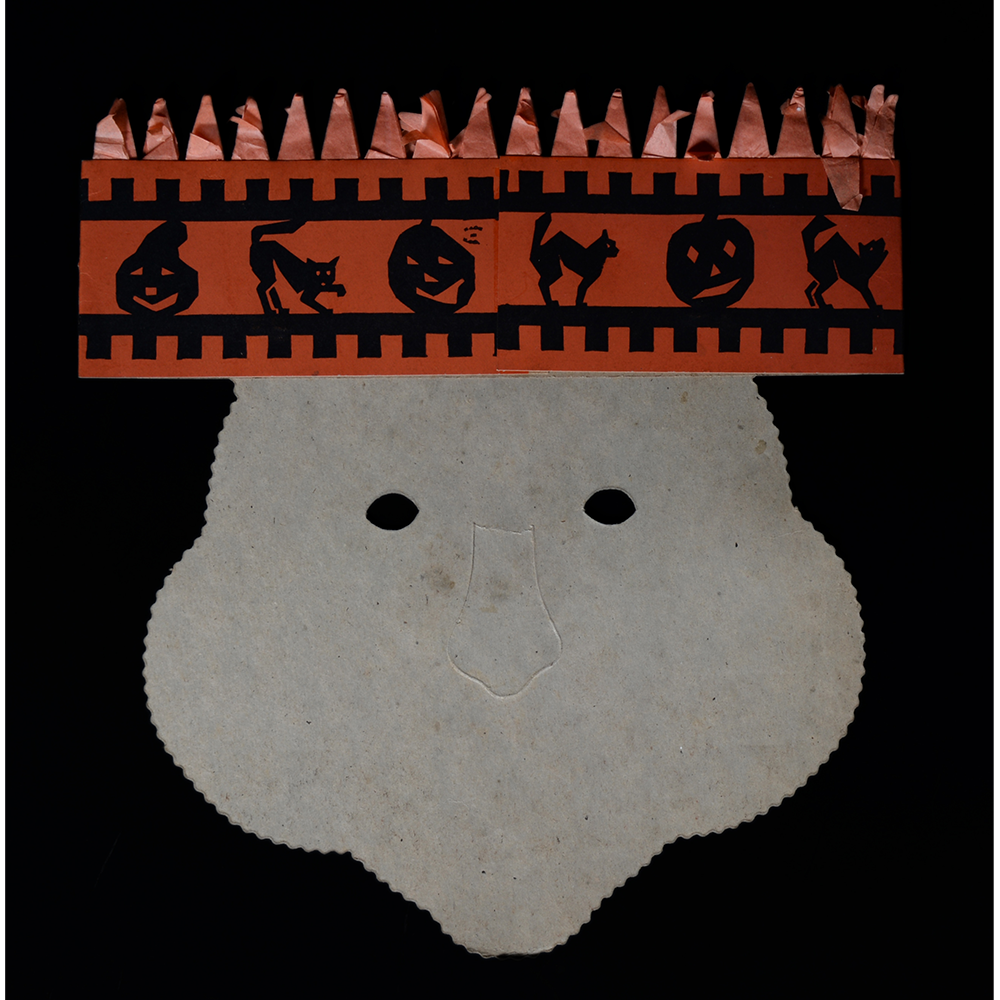 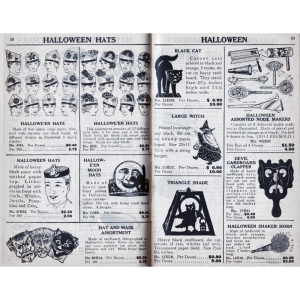 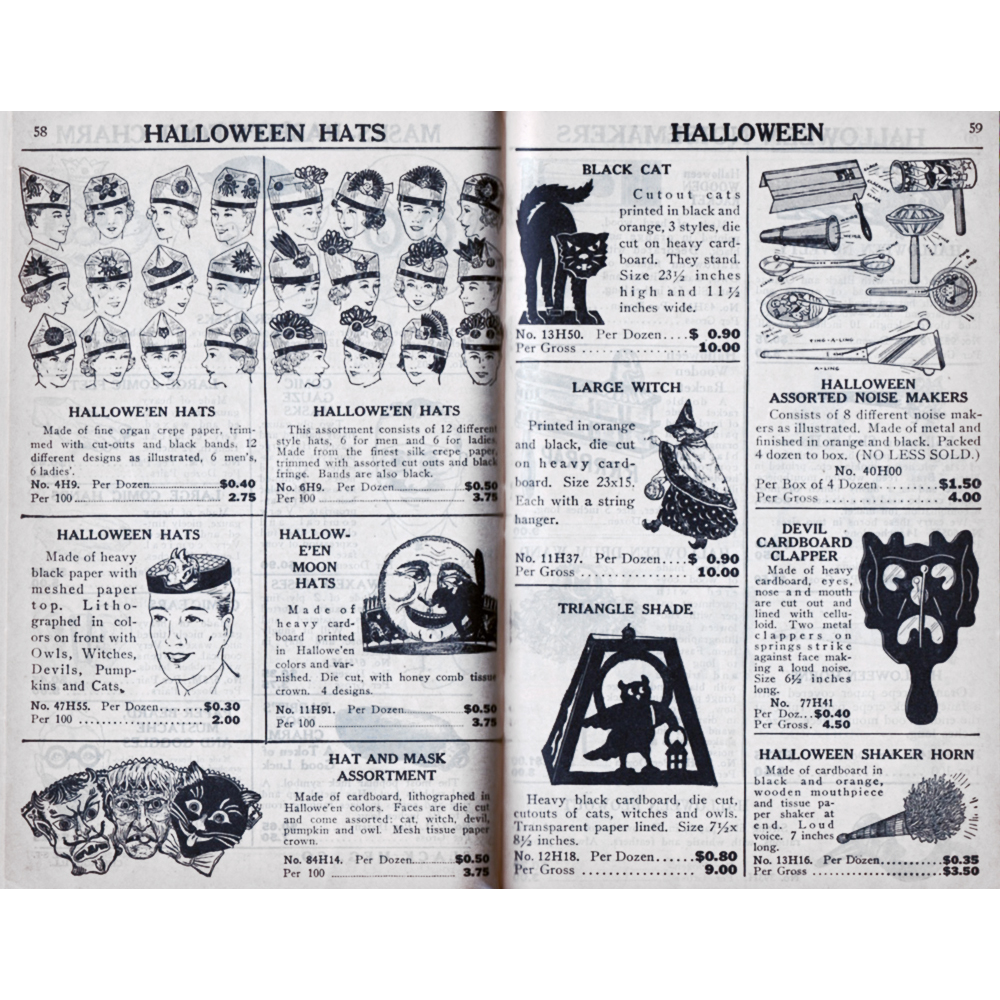 This specific mask was mass produced by cutting the shape from card paper and printing the design on it, then stapling a headband made of foldable crepe paper made by a process invented in Germany. Such mass-produced masks were inexpensive enough to be used by all Halloween celebrants regardless of social position and wealth. Because they were made to be disposable, few survive in their original condition.