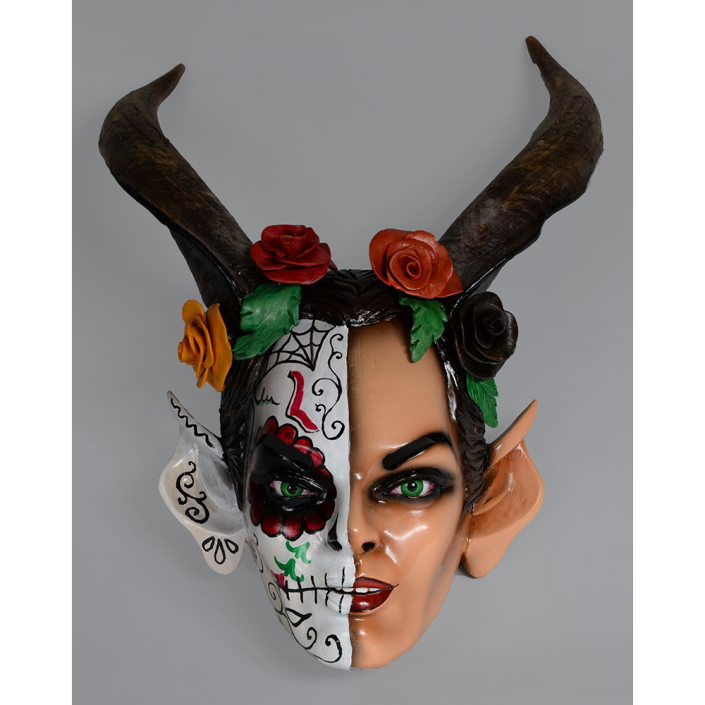 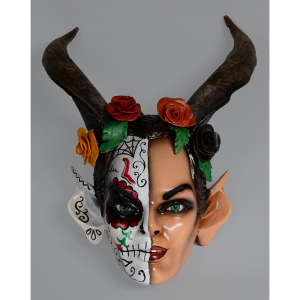 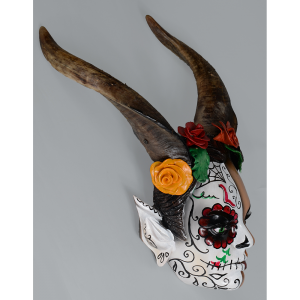 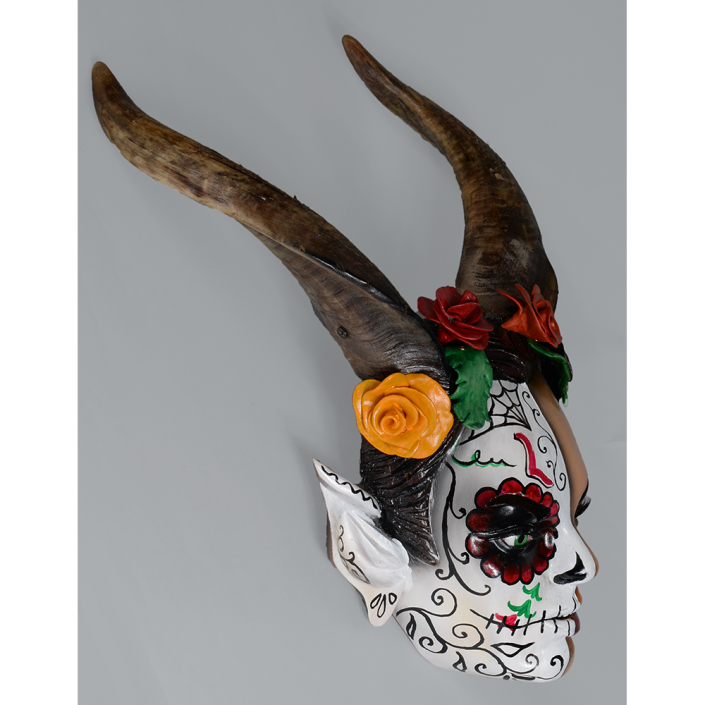 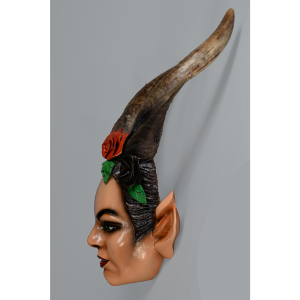 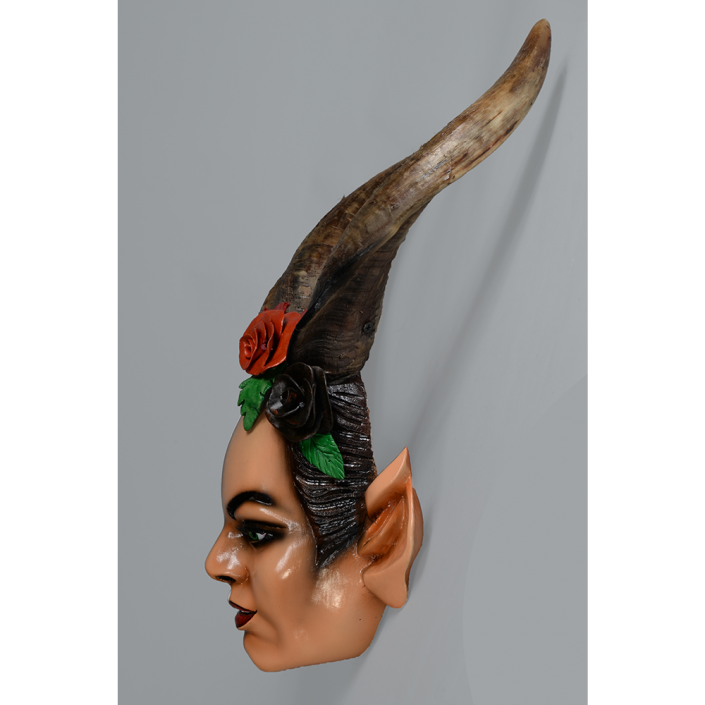 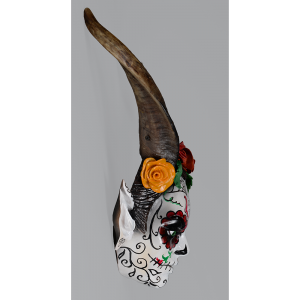 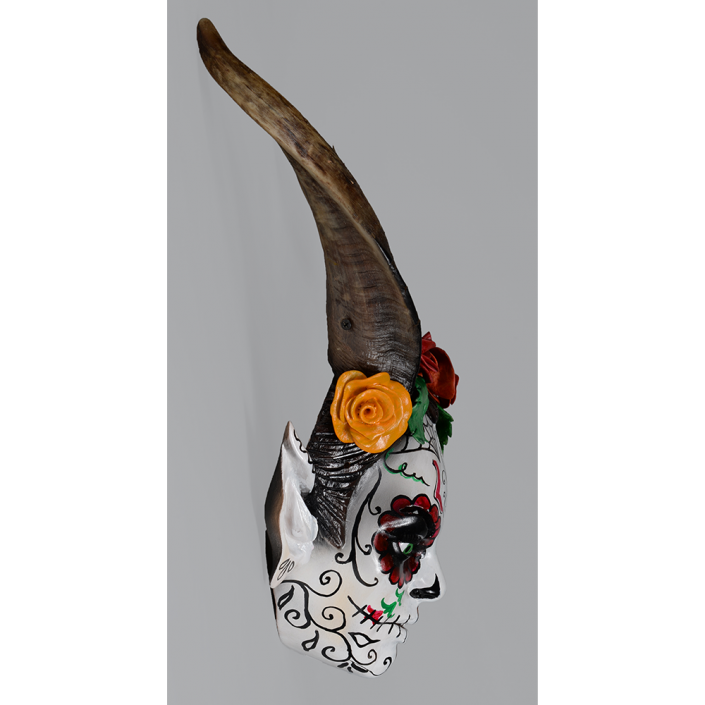 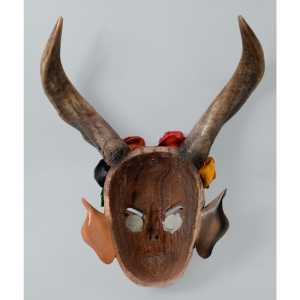 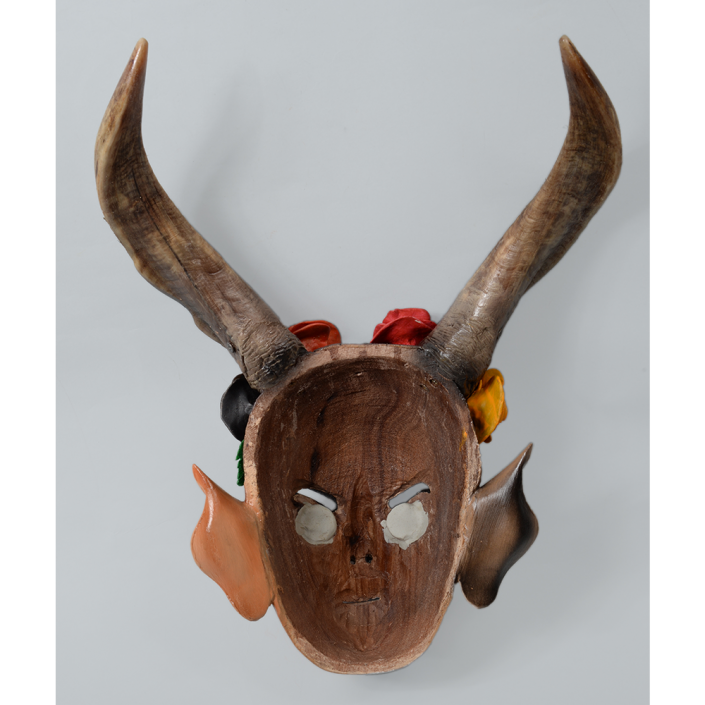 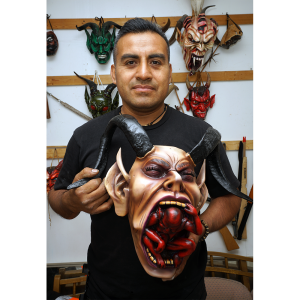 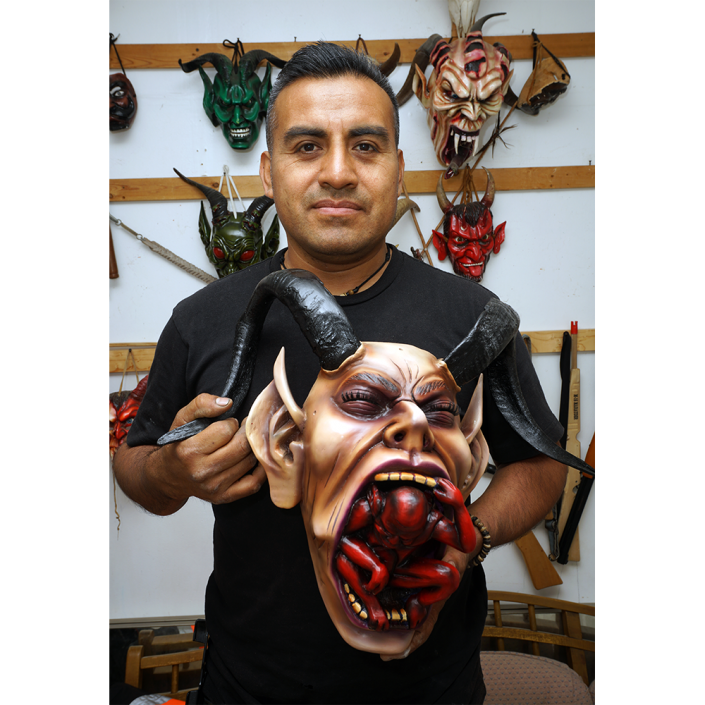 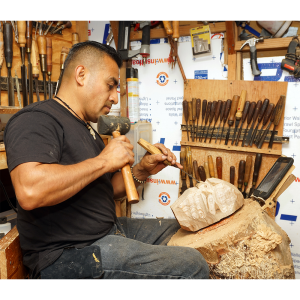 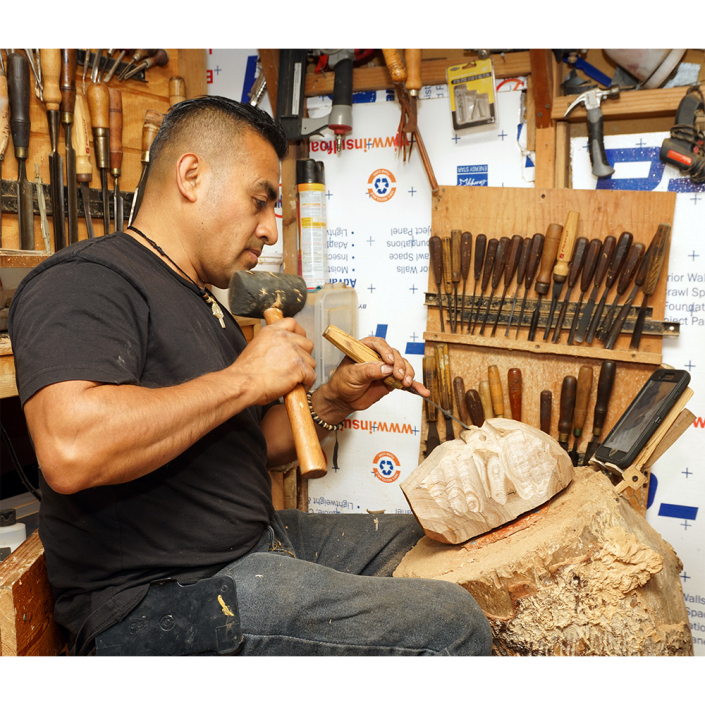 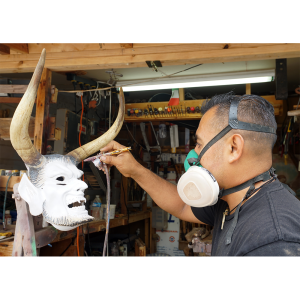 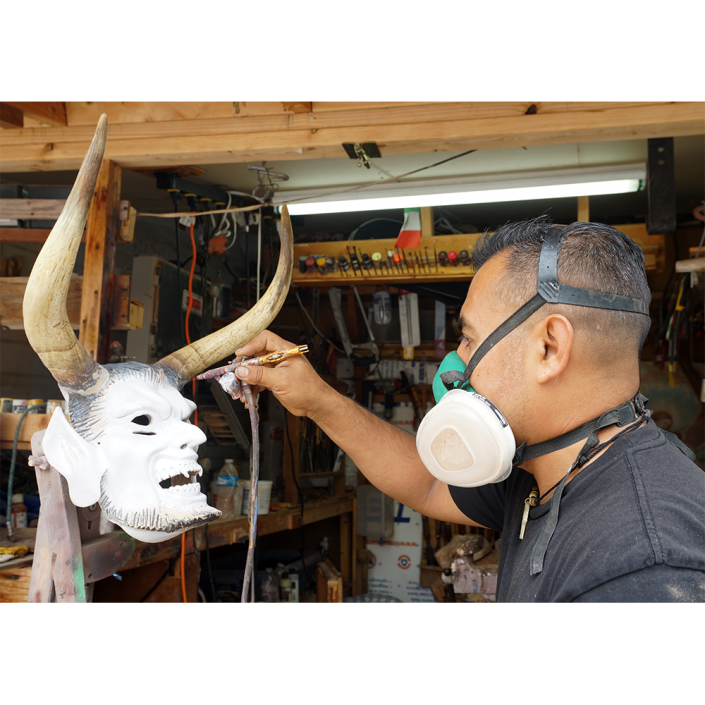 The Danza de los Diablos (Dance of the Devils) is performed by the Mixtec people of Juxtlahuaca district on patron saint holidays, such the Festival of St. James (Fiesta de Santiago el Apostól) in Santiago Juxtlahuaca in late July. The dance involves a group of devils (no specific number) in coats and ties, with chivarras (goatskin chaps) and carrying whips, dancing in a group to the music of drums and trumpets.  Unlike other masked dances of the district, such as the Danza de los Rubios, which is performed in pairs to the music a violin and guitar and tells a story of cowboys and their women, or the Danza de los Chareos, which tells the story of the battle of the Catholics and Moors for the reconquest of Spain, the Dance of the Devils tells no story and there are no specific dance steps.  Every dancer capers and jumps according to his own style.