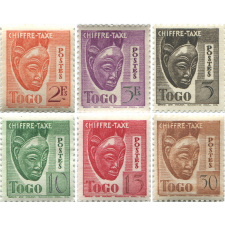 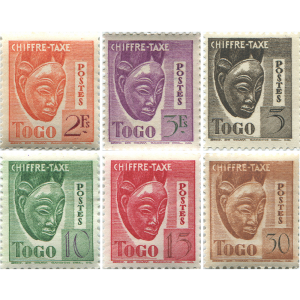 These stamps were issued by the French colonial government in between 1942 and 1944 for the territory of “Togoland” (modern Togo), formerly a German colony, but administered after the First World War by France until 1946, when it became a United Nations trust territory administered by the United Kingdom. The masks depicted on the stamp are from the Baule people of neighboring Côte d’Ivoire, who make up only a small fraction of persons actually living in Togo.