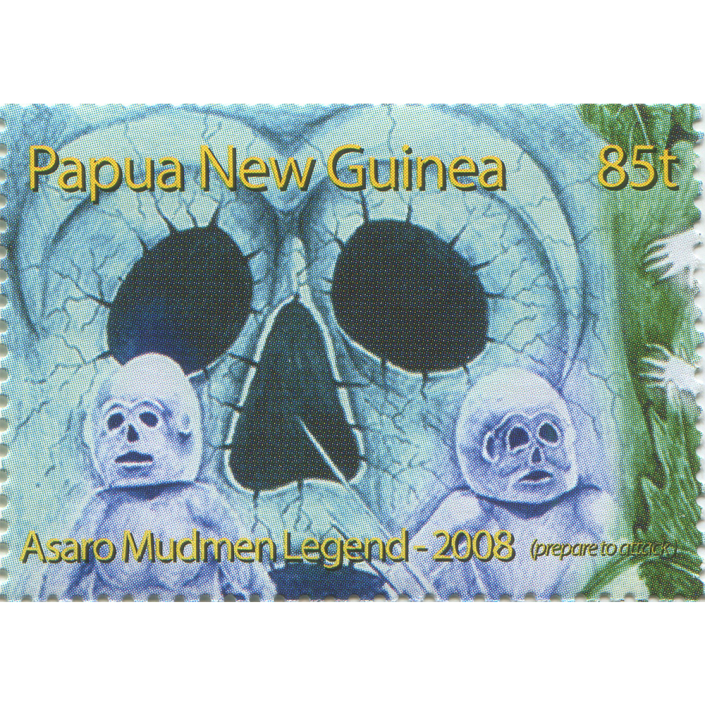 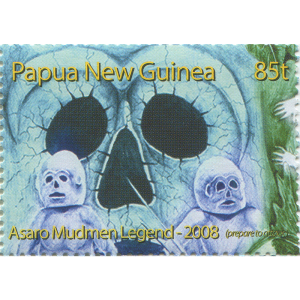 This postage stamp was issued by the government of Papua New Guinea in 2008 in honor of the “mudmen” of the Asaro tribe, living near Goroka in the Eastern Highlands Province. According to Asaro legend, the mudmen mimic spirits to frighten the enemies of the villagers.