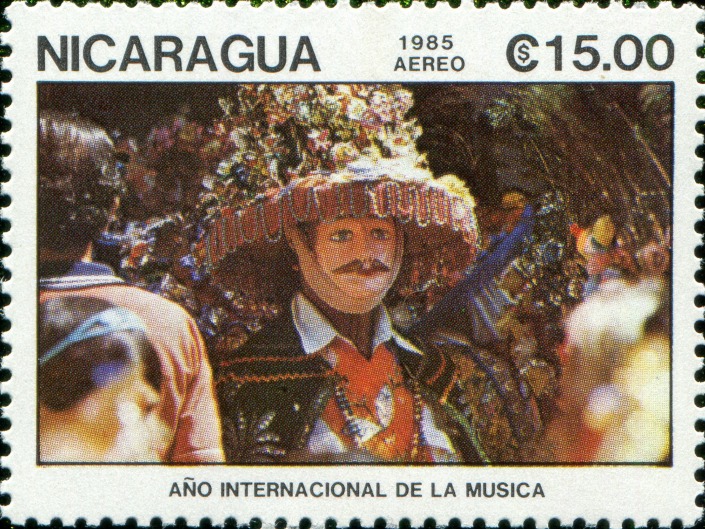 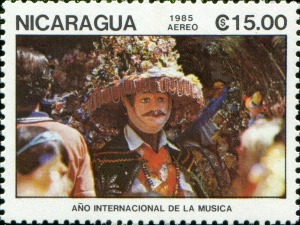 This stamp was issued in 1985 by the government of Nicaragua to celebrate the country’s preeminent folk drama, the Güegüense. This early eighteenth century play is performed annually at the Festival of San Sebastián in the city of Diriamba and tells the story of an indigenous caudillo and his children outwitting the Spanish colonial authorities.