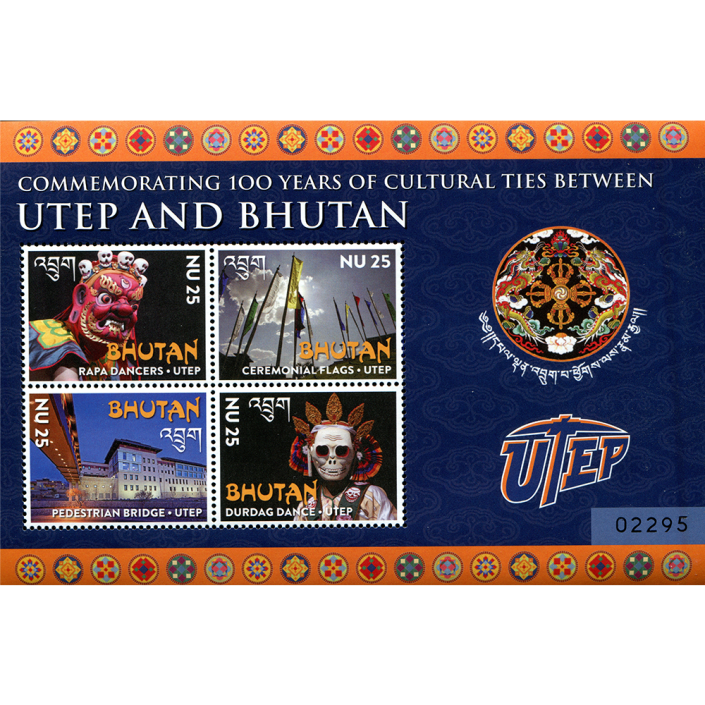 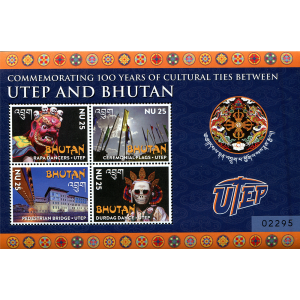 This set of four stamps was issued by the government of Bhutan to commemorate Bhutan’s collaboration with the University of Texas at El Paso (UTEP) in the United States. Two of the stamps depict rather pedestrian images from UTEP, and two depict the masked Buddhist dances of Bhutan, specifically Cham dancers (designated RAPA on the stamp, in reference to the Royal Academy of Performing Arts where the dance is frequently rehearsed), and the Durdag dance, which represents the lords of the cremation grounds, who help transport the spirits of the dead to the afterworld.