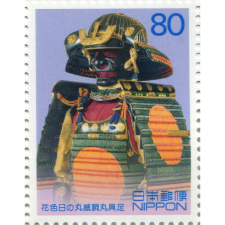 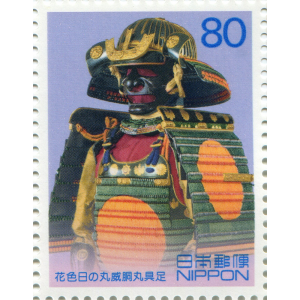 This stamp is part of a sheet of 80-yen stamps issued by the Japanese government in 2003 to celebrate the 400th Anniversary of the Edo Shogunate. This stamp depicts armor used by samurai, or feudal warriors. In the late medieval period, the armor included a mask called a mengu or men-yoroi, such as the one shown here. The mask was made of iron and usually had a fierce facial expression to intimidate enemies.