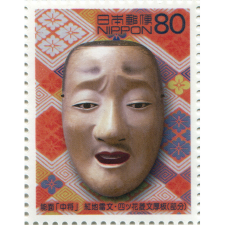 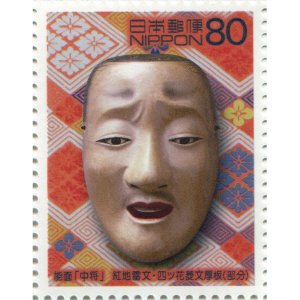 This stamp is part of a sheet of 80-yen stamps issued by the Japanese government in 2003 to celebrate the 400th Anniversary of the Edo Shogunate. This stamp depicts a Noh mask, probably of the character known as Kantanotoko. Kantanotoko represents an unhappy man named Rosei who travels to a village named Kantan to consult a priest. During his stay, he dreams he becomes an emperor, but he awakens to find nothing changed.