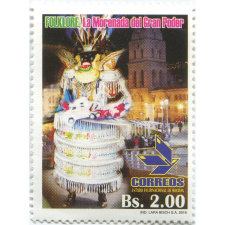 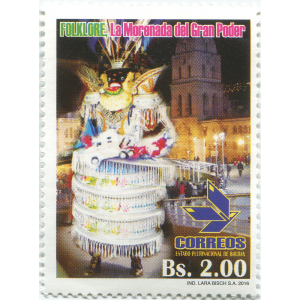 This stamp was issued in 2016 to celebrate the Morenada dance (“Most Powerful Morenada”) of the Carnival of Oruro. The Morenada dance depicts the Moors from whom Spain was reconquered in the 15th century CE, and became a tradition in Bolivia following its own conquest by the Spaniards. Originally depicted as sinful heathens by the Catholics, the Moors are now ironically viewed with sympathy due to the fact that they faced the same enemy as the indigenous peoples of Bolivia.