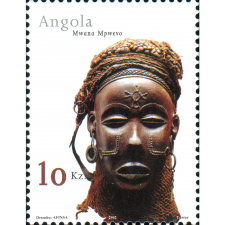 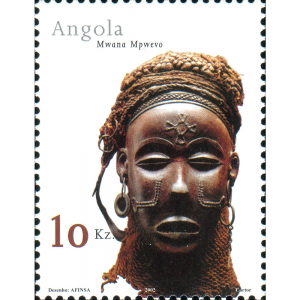 This stamp is one of a set, issued by the Angolan government in 2002, that celebrates the masks of Angola. Represented here is the mwana mpwevo mask of the Ovingangela people. This mask represents a beautiful young Ngangela woman (though worn by a man) and is used during adult initiation (circumcision) rituals for boys.