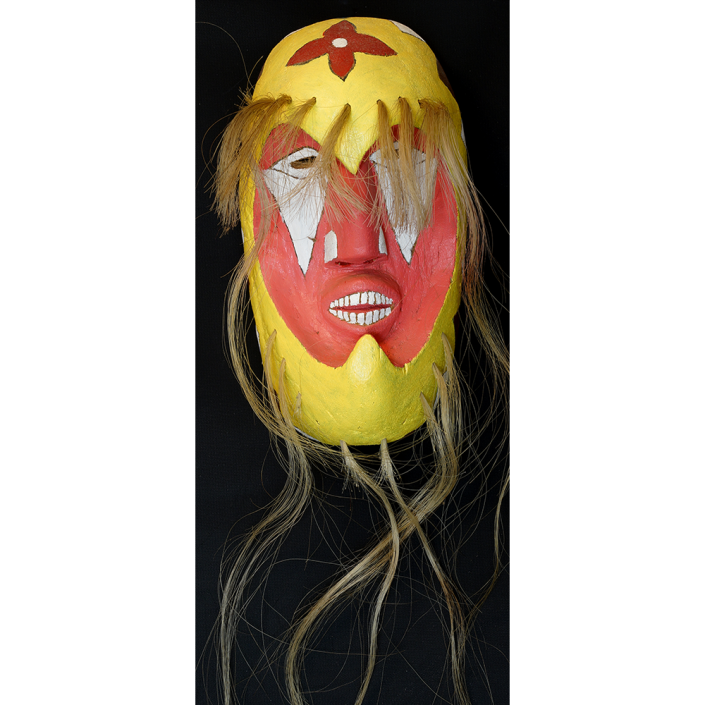 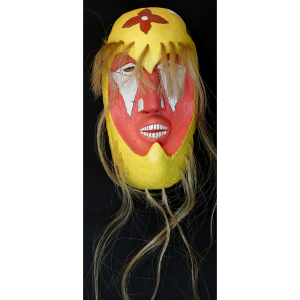 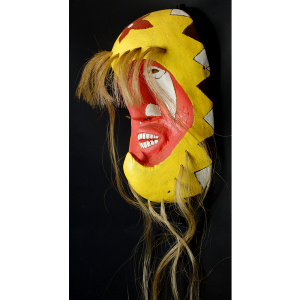 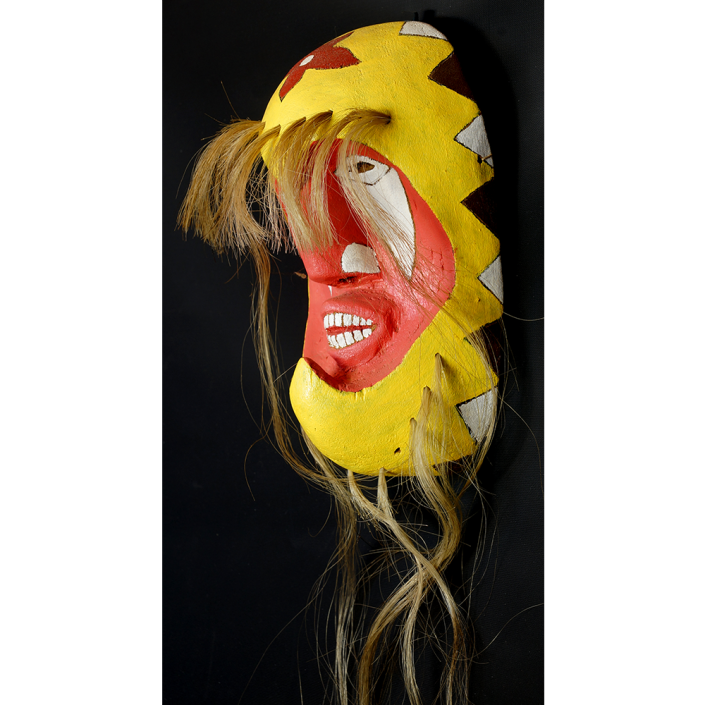 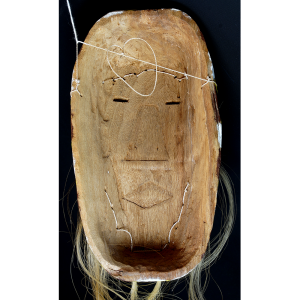 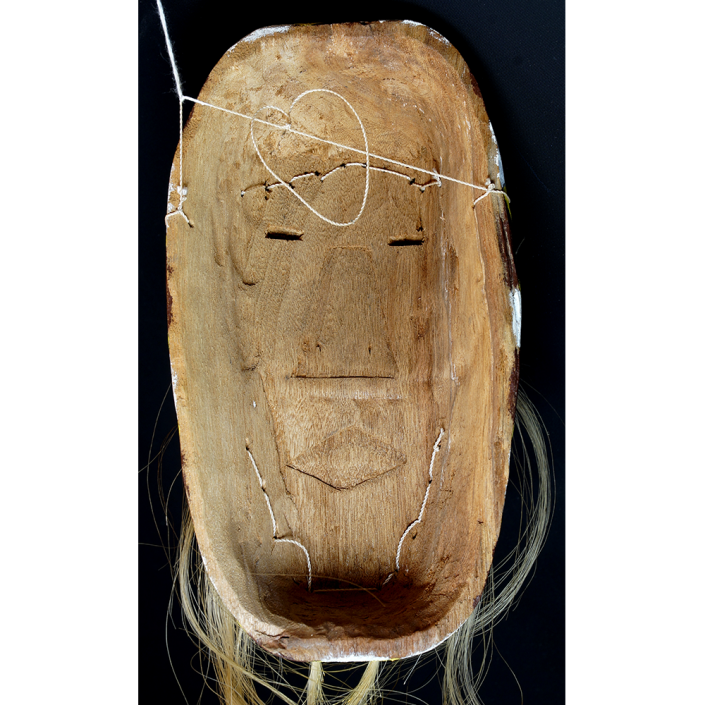 This specific mask represents an eagle’s beak and is unusual in the sparsity of symbols.