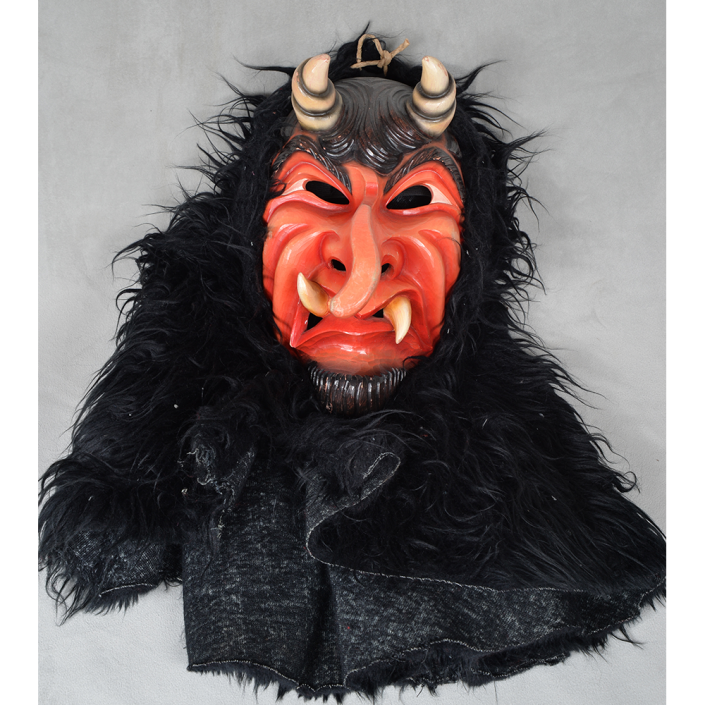 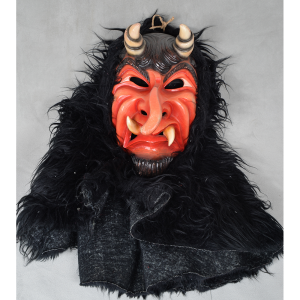 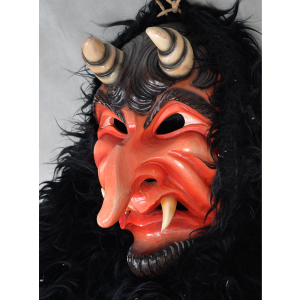 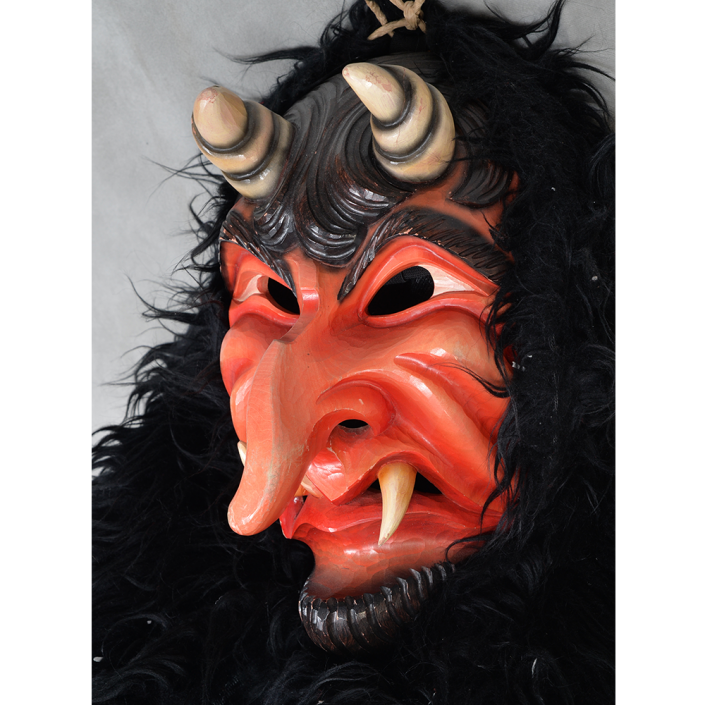 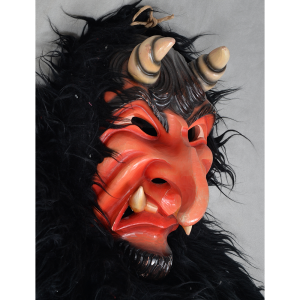 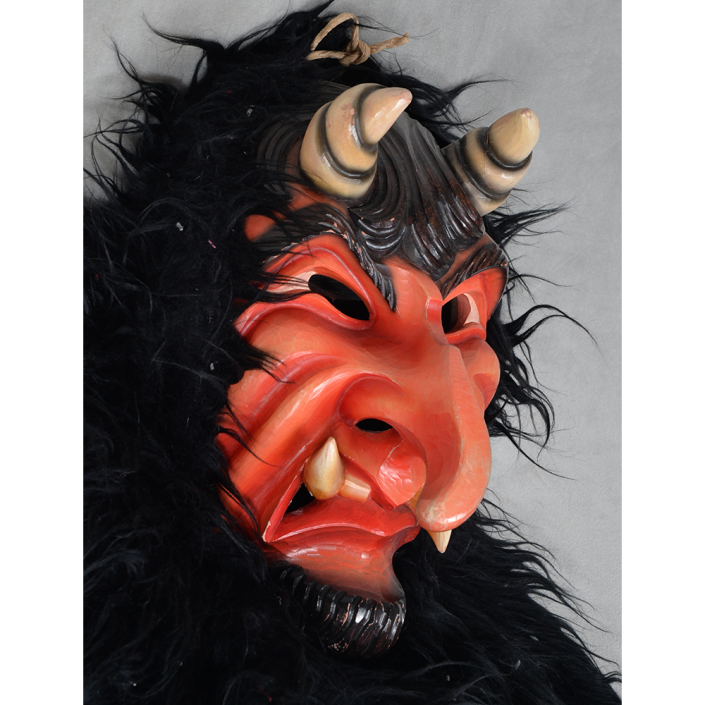 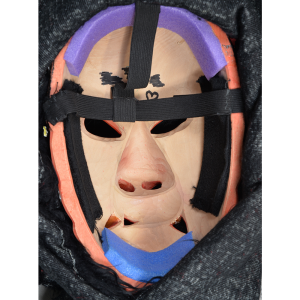 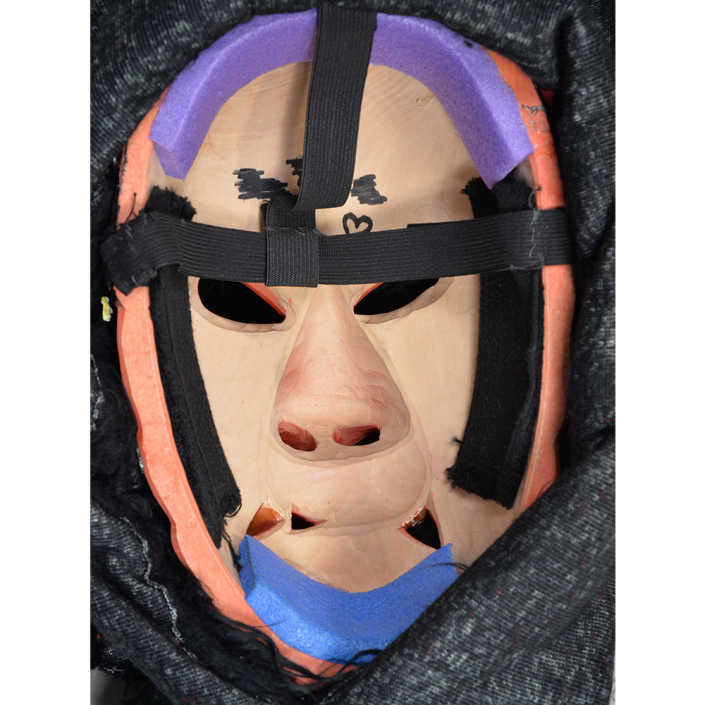 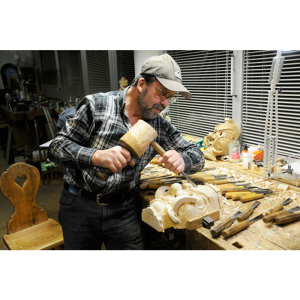 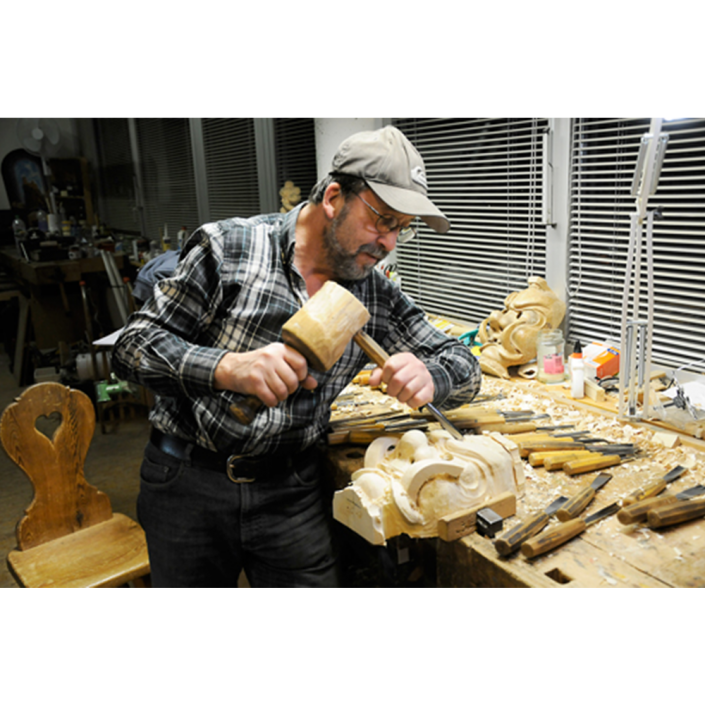 In many parts of Swabia and Bavaria, Carnival (usually called Fasnet or Fastnet in this region of Germany) is celebrated with parades of masked clowns (Narren).  The clown parade (Narrenlaufen, Narrensprung or Narrenzunft) is organized by guilds, all members of which wear similar kinds of costumes and masks.  Each town has its own guilds, with some overlap in styles of Narro.  Their purpose is to usher in the spring with joy and laughter.

Some carnival masks are not part of Narro guilds, but are unique to the individual wearing them.  This specific mask was made by master carver Edgar Spiegelhalter of Freiburg.  It represents a classic version of the Tyrolean devil (Teufel) character and was used by a member of a Narro guild from 2007 to 2009.