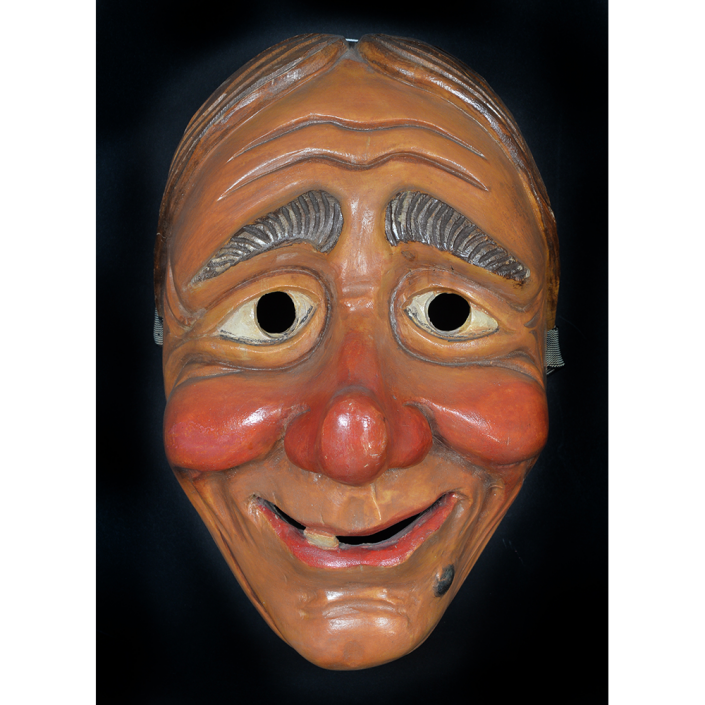 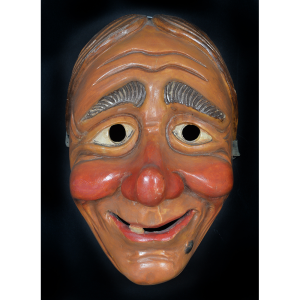 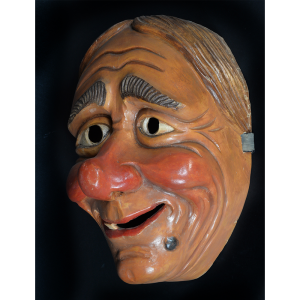 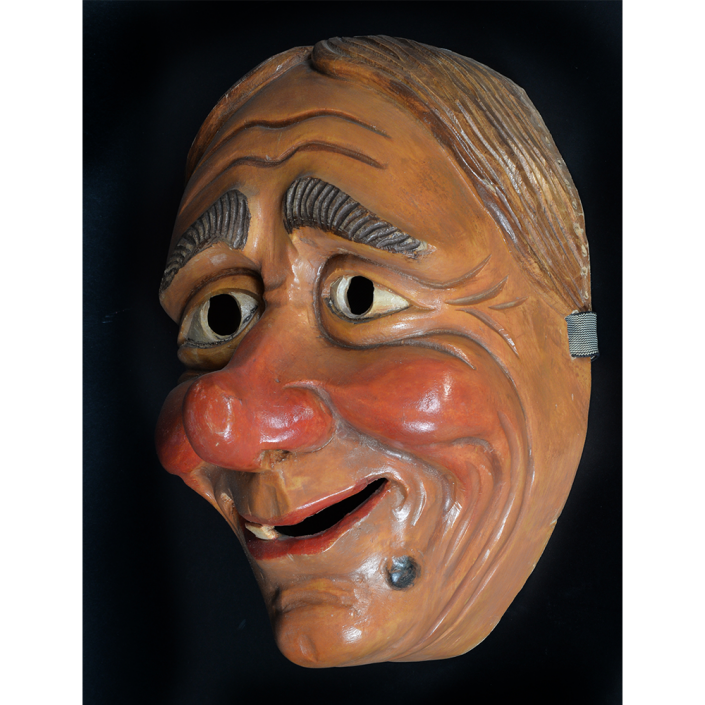 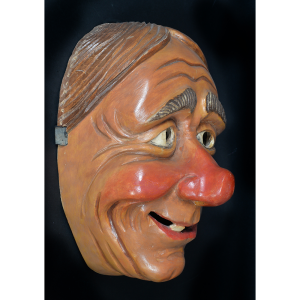 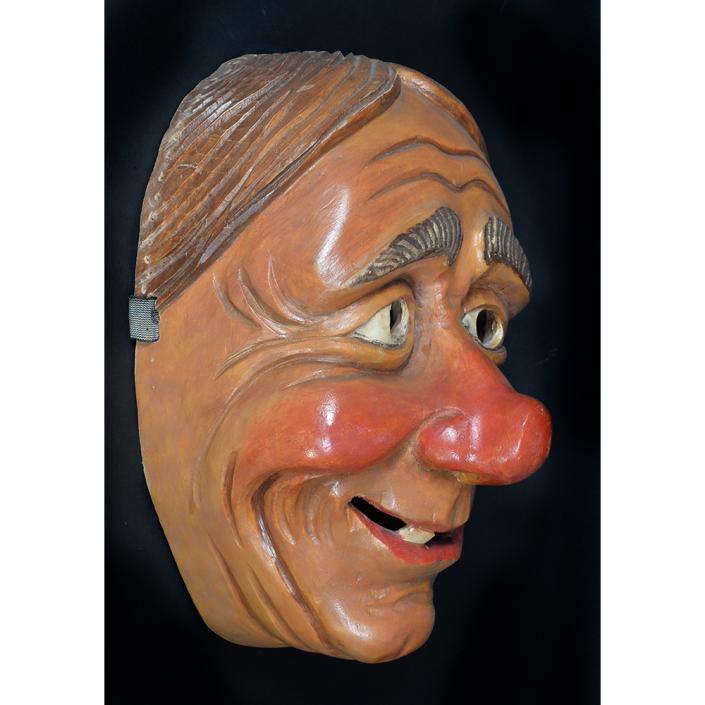 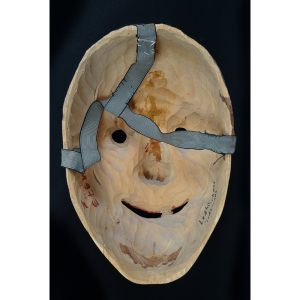 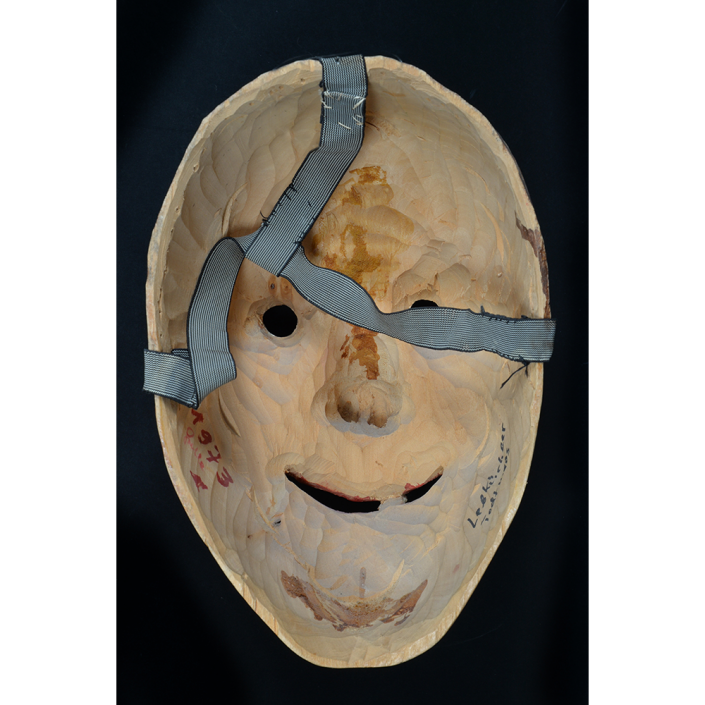 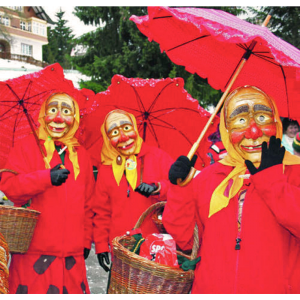 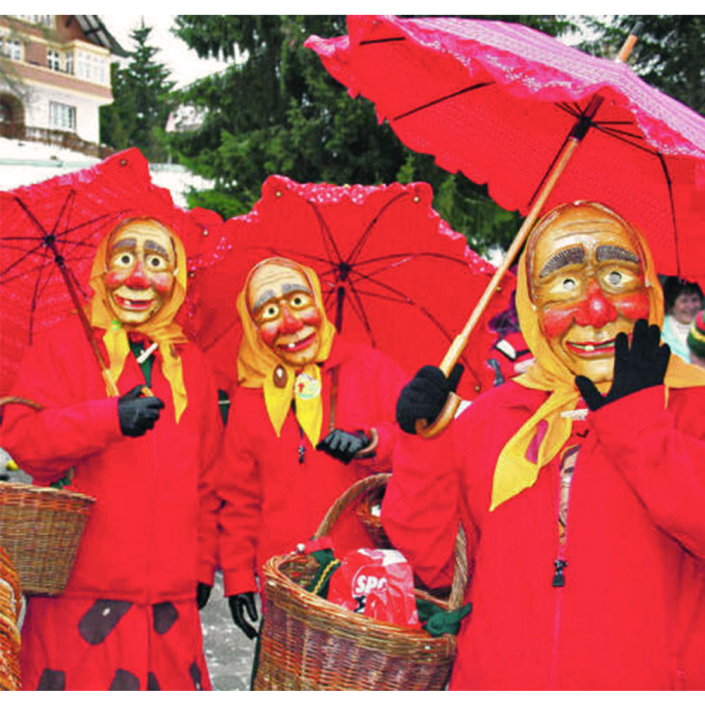 In many parts of Swabia and Bavaria, Carnival (usually called Fasnet or Fastnet in this region of Germany) is celebrated with parades of masked clowns (Narren).  The clown parade (Narrensprung) is organized by guilds (Zarrenzunft), all members of which wear similar costumes and masks.  Each town has its own guilds, with some overlap in styles of Narro.  Their purpose is to usher in the spring with joy and laughter.

The small town of Todtmoos in Baden-Württemberg has a Carnival tradition of parading clowns called Gretle, a comical woman in a red cap and gown and carrying a red umbrella. The Gretles are organized by the Lebküchler Guild.