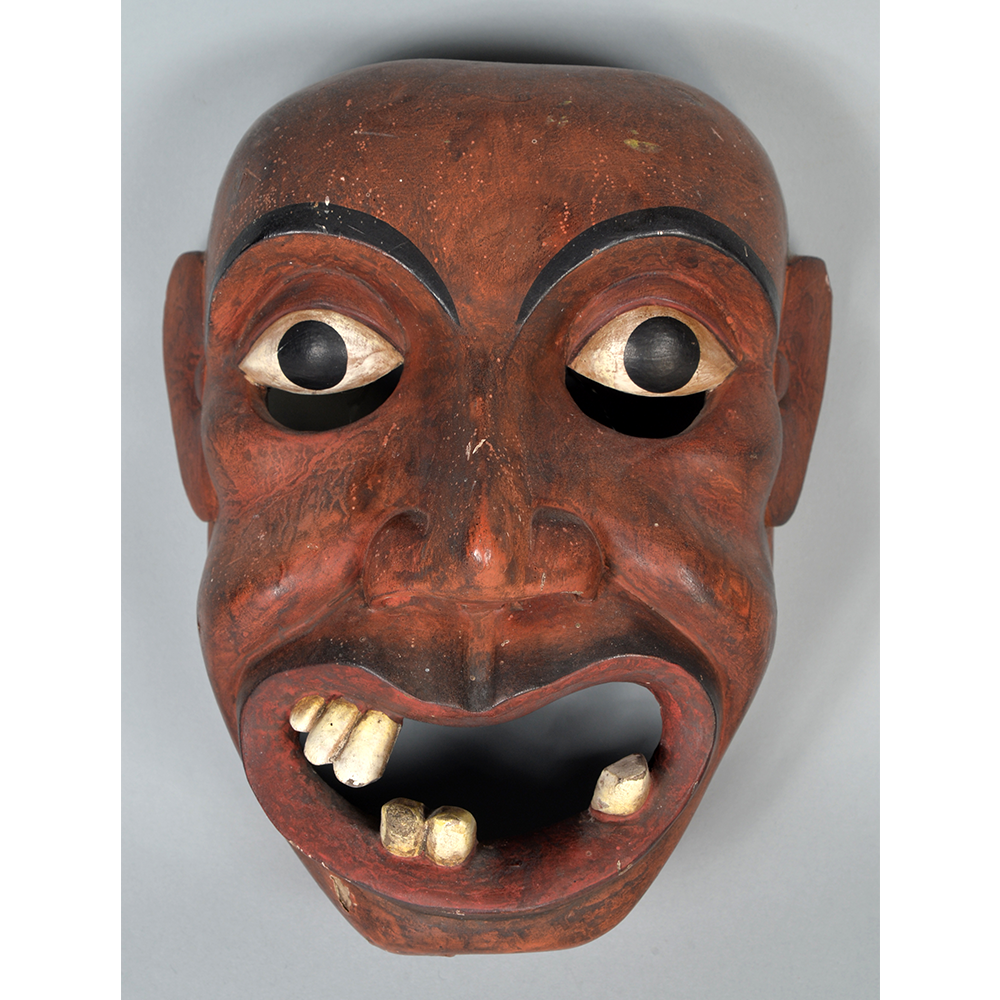 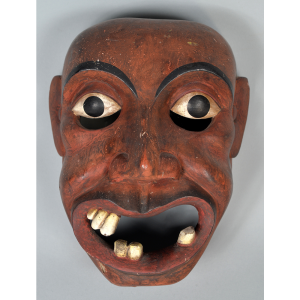 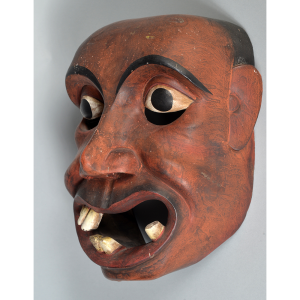 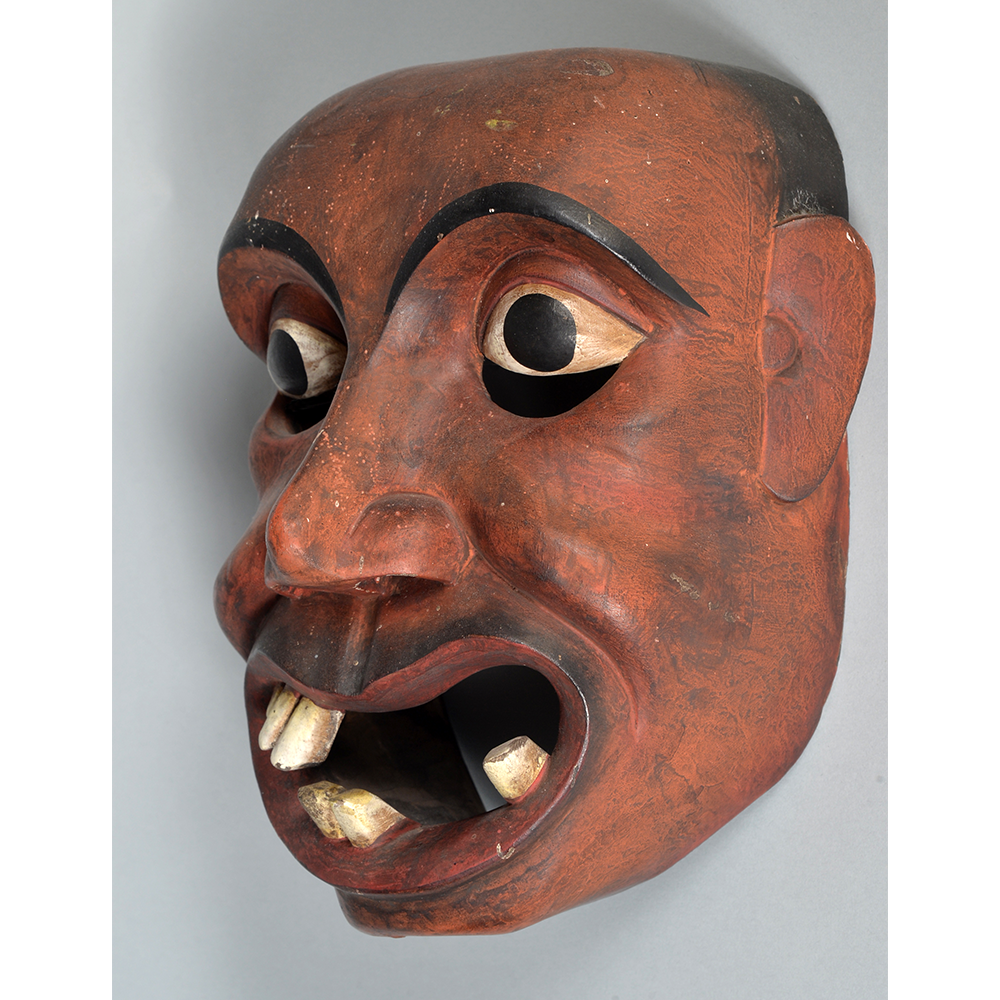 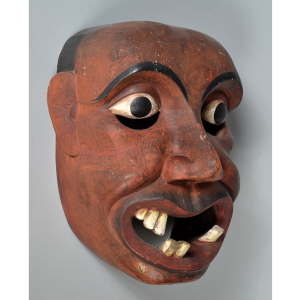 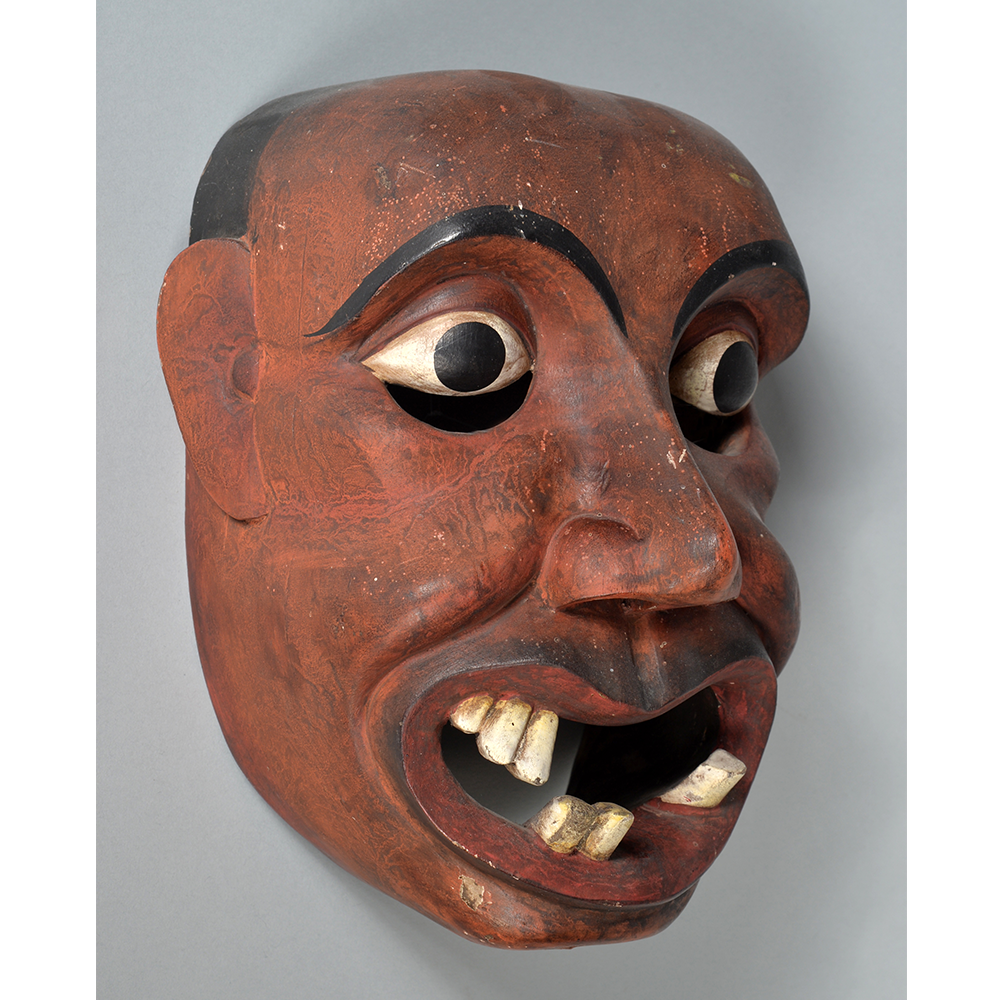 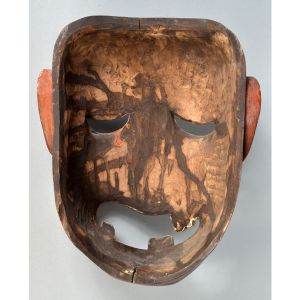 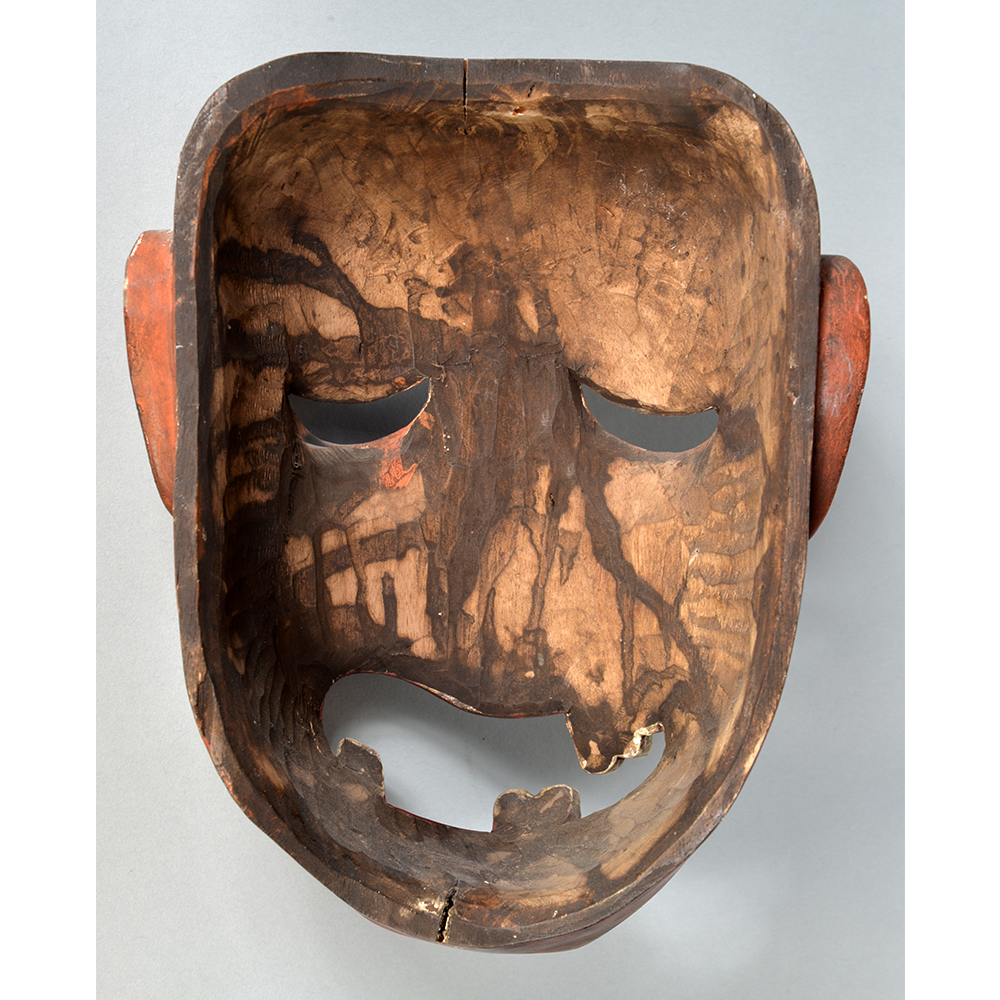 This mask represents the comical servant Nonchi Akka, often used in traditional kolam to amuse the audience with punning dialogue.