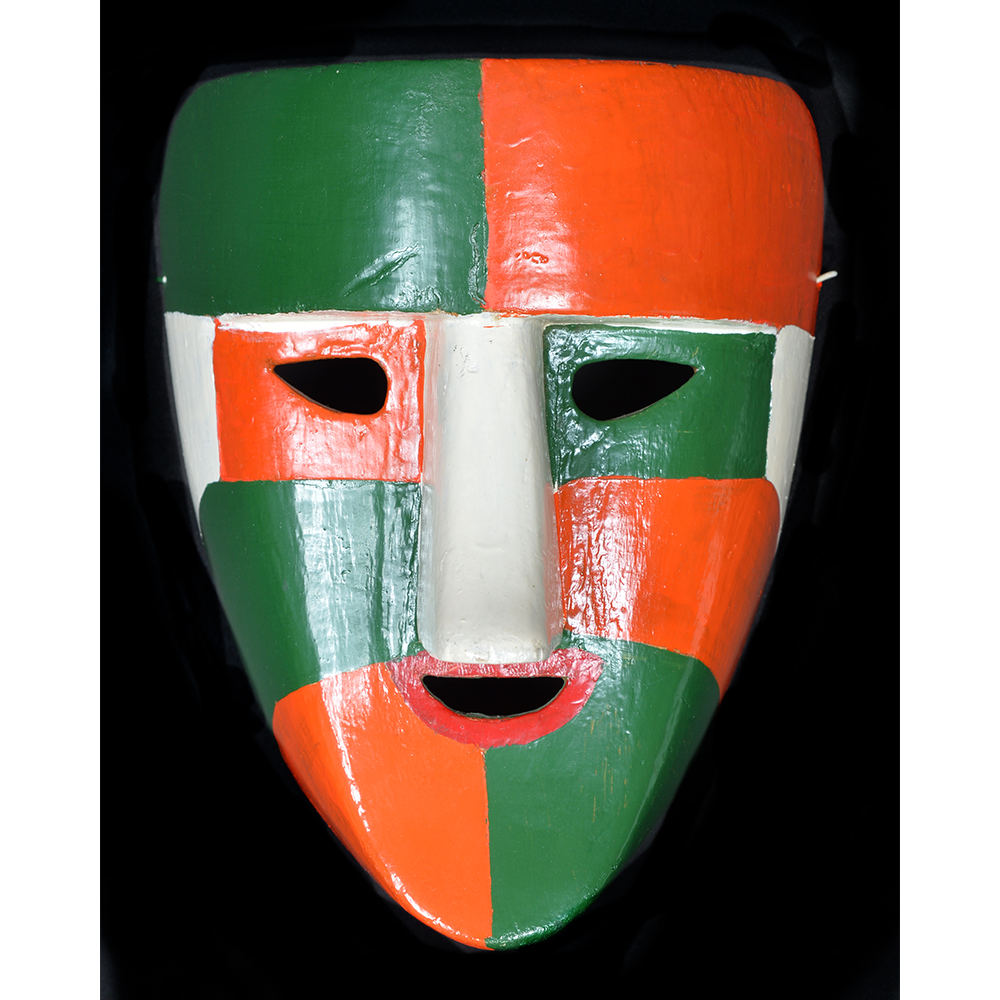 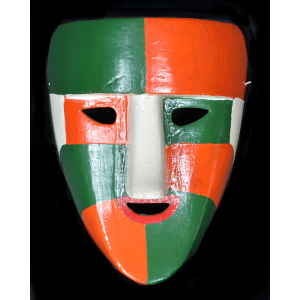 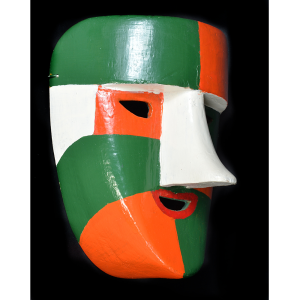 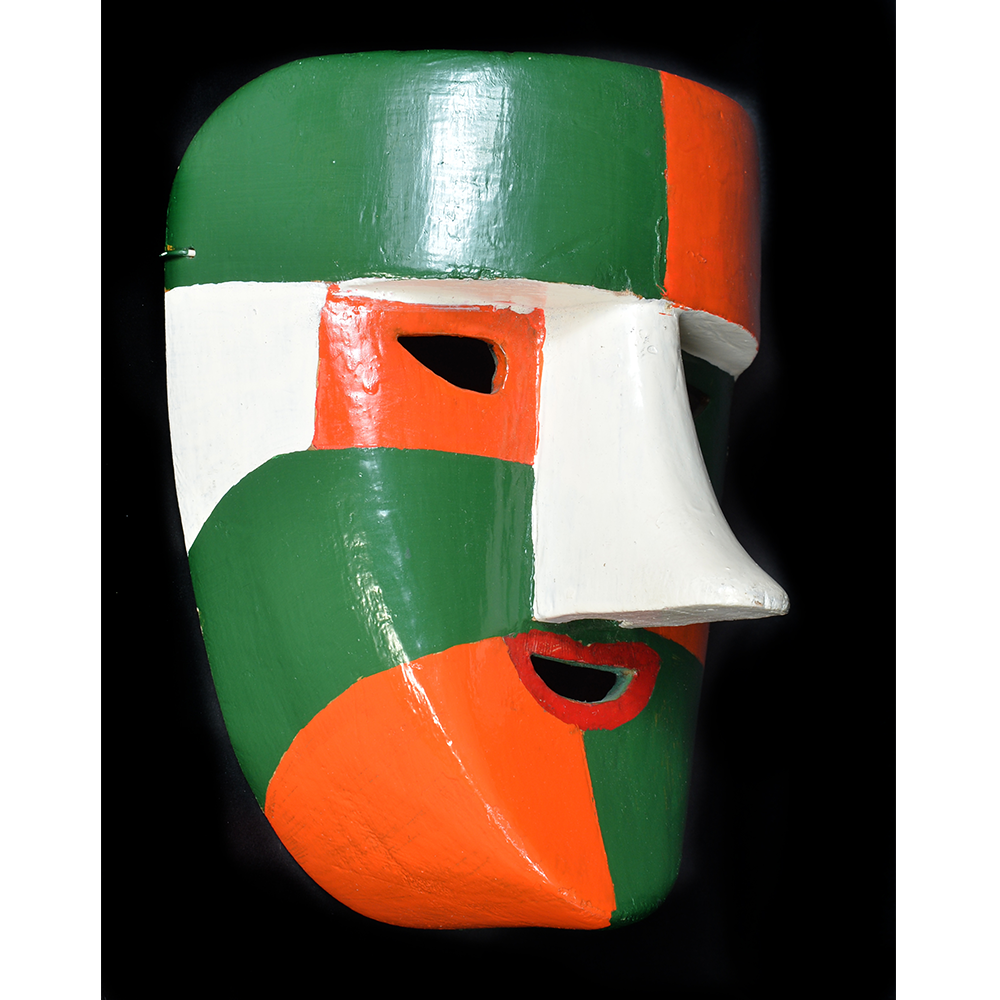 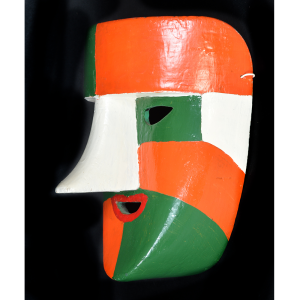 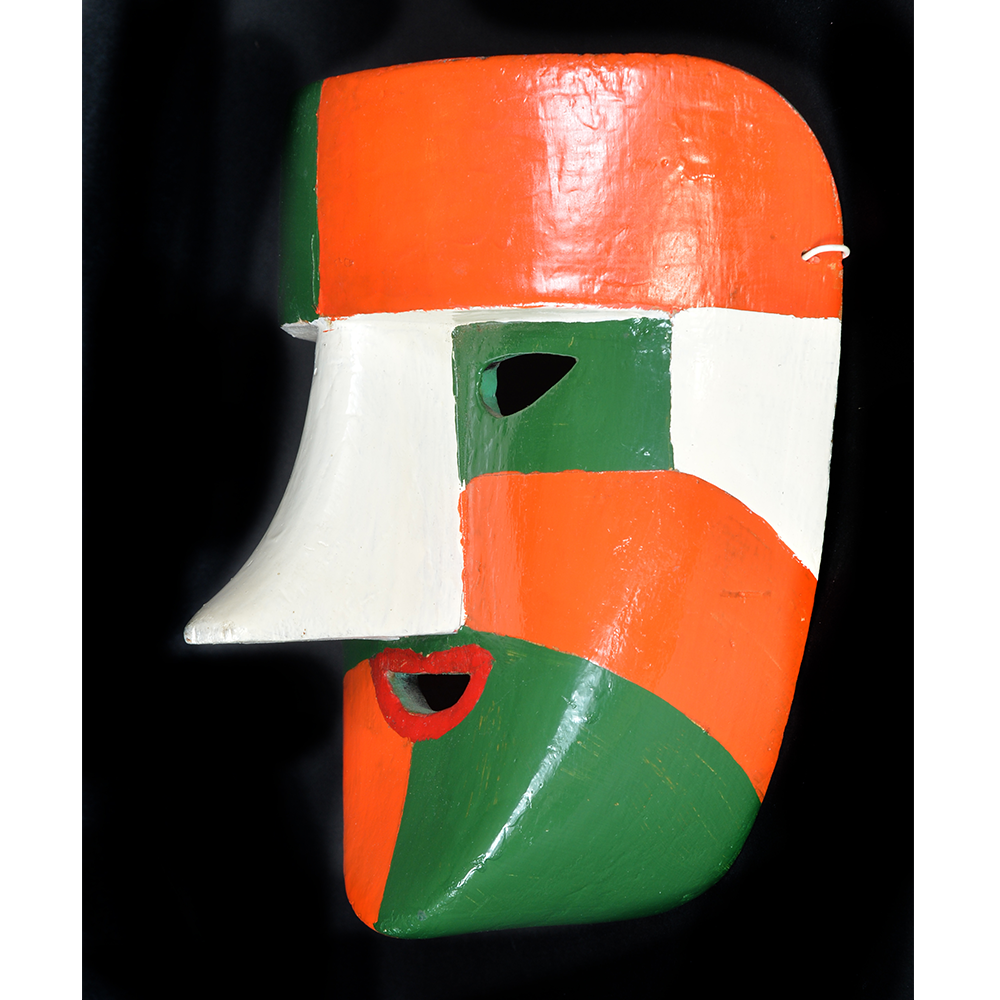 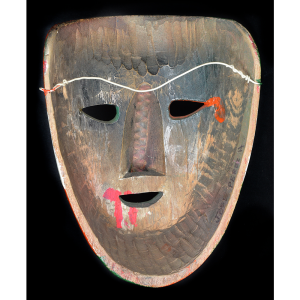 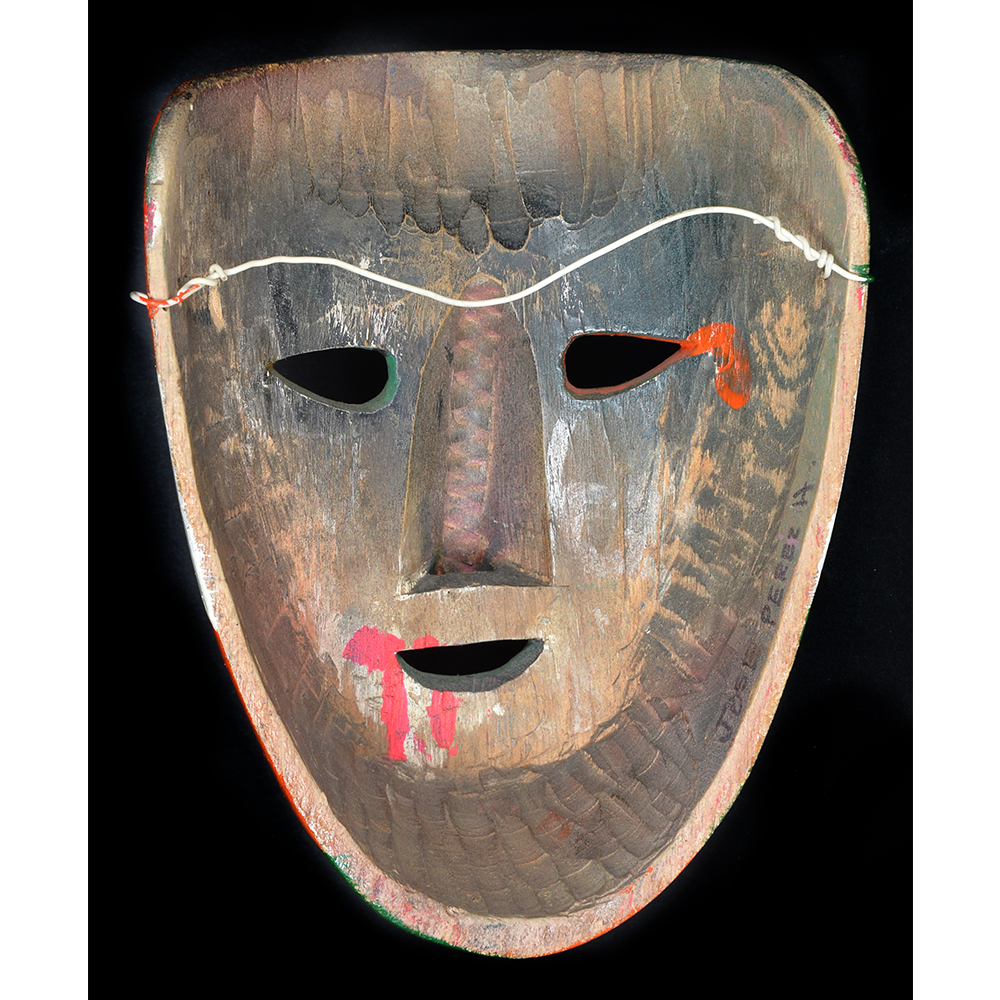 During Carnival and the saint’s holiday of Tenosique, local Chontal people perform La Danza Correr del Pochó, or less formally, El Pochó.  El Pochó is a pre-Christian god that the missionaries tried to characterize as evil.  As a result, modern festivals end in the defeat and burning of Pochó. The Danze del Pochó has three main characters: cojóes, the pochoveras, and the tigres.  They dance to the music of native flutes and drums.

Cojóes are men who represent the first Chontal people, created from the pulp of maize. The cojó masks, such as this one, are always made of wood and have a distinct streamlined style with a sloping nose. The reason for the mask is said to be that Pochó immediately considered human beings his enemy, and so the Chontals wore masks so that Pochó could not recognize them. The costume consists of a coarse coat, a cloth mantle, a skirt of leaves, and a straw hat decorated with large leaves, flowers, and chewing gum boxes. They carry a long rattle shaped like a thick stick filled with changala seeds.

The pochoveras are priestesses of the god Pochó and keep a fire burning on his alter. Pochoveras also wear a hat with leaves and flowers.

The tigres, called balandes in the Chontal language, are masked characters who paint their body with white clay and black spots made of coal to simulate the jaguar pelt. They may also wear an animal skin. The role of the tigres is to attack the cojóes with the help of the pochoveras, on behalf of Pochó. However, the cojóes inevitably win, defeating the tigres and extinguishing Pochó’s fire.