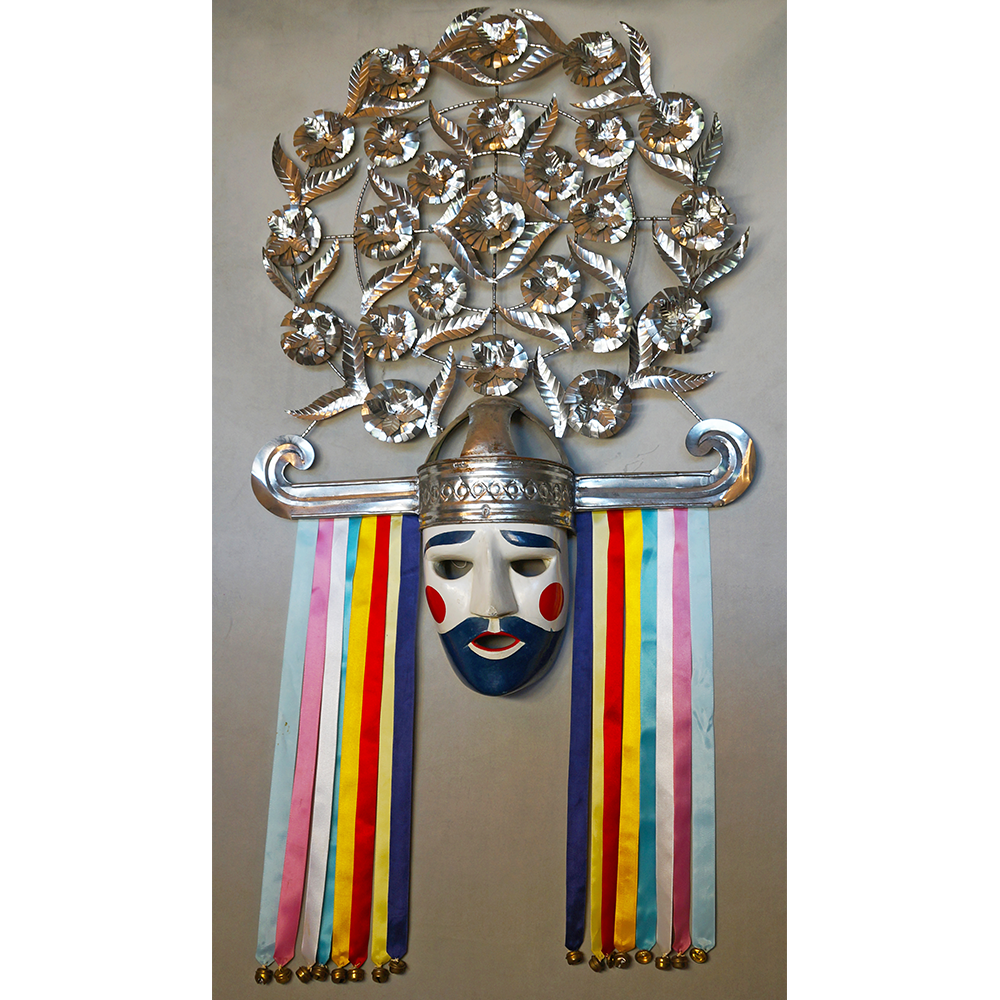 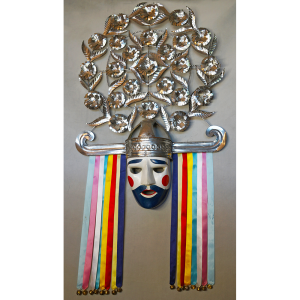 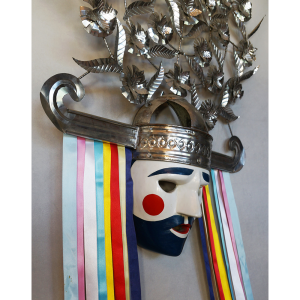 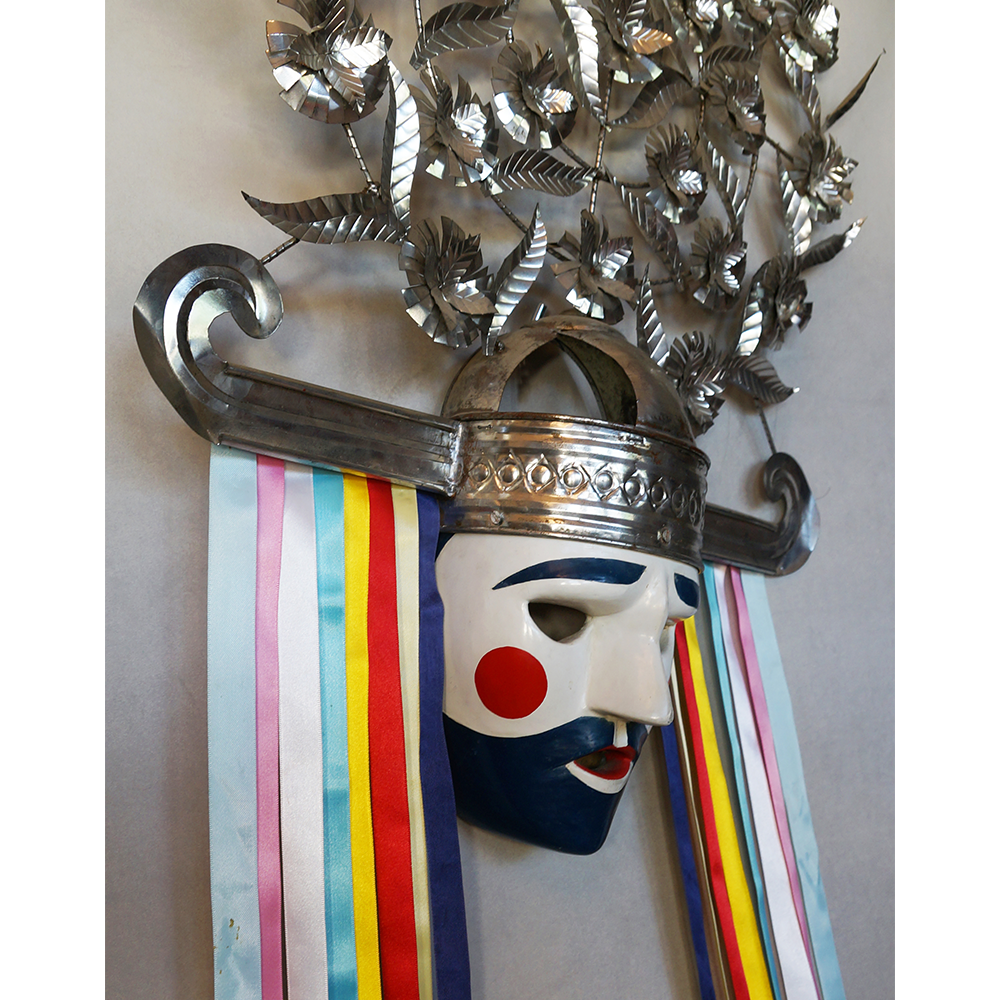 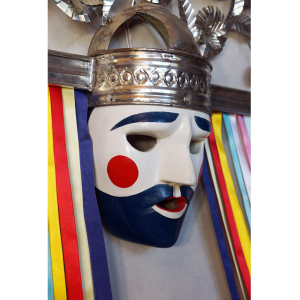 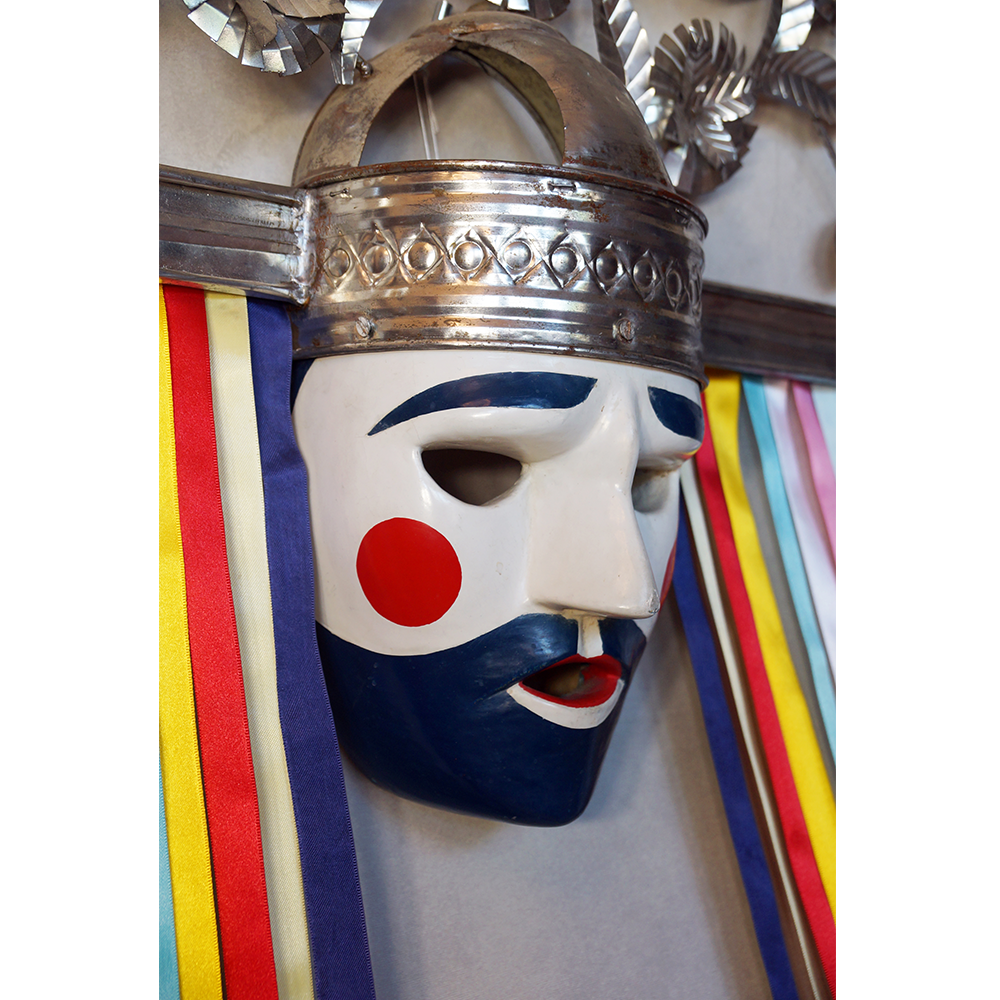 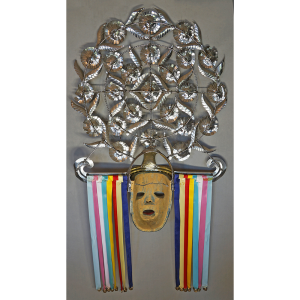 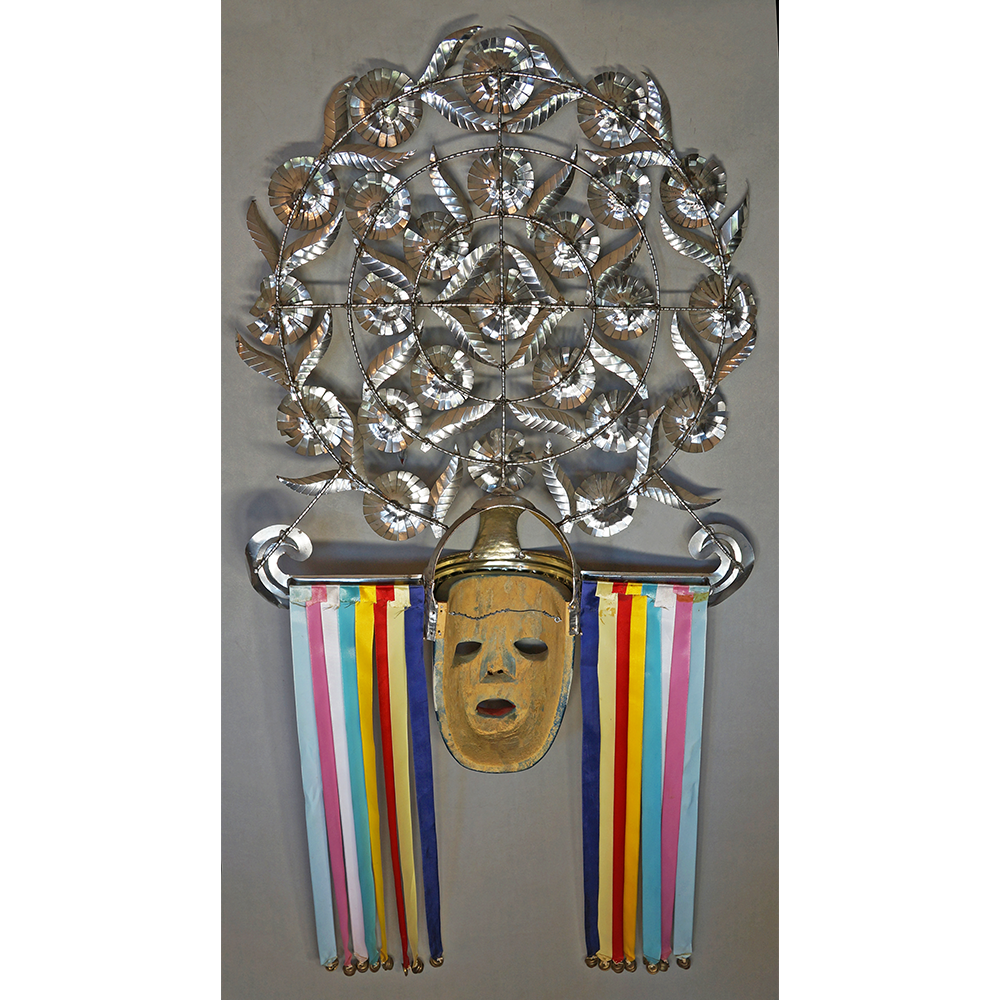 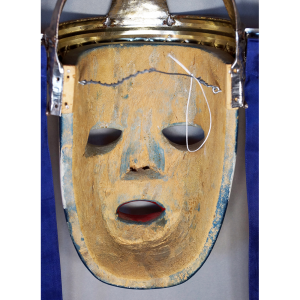 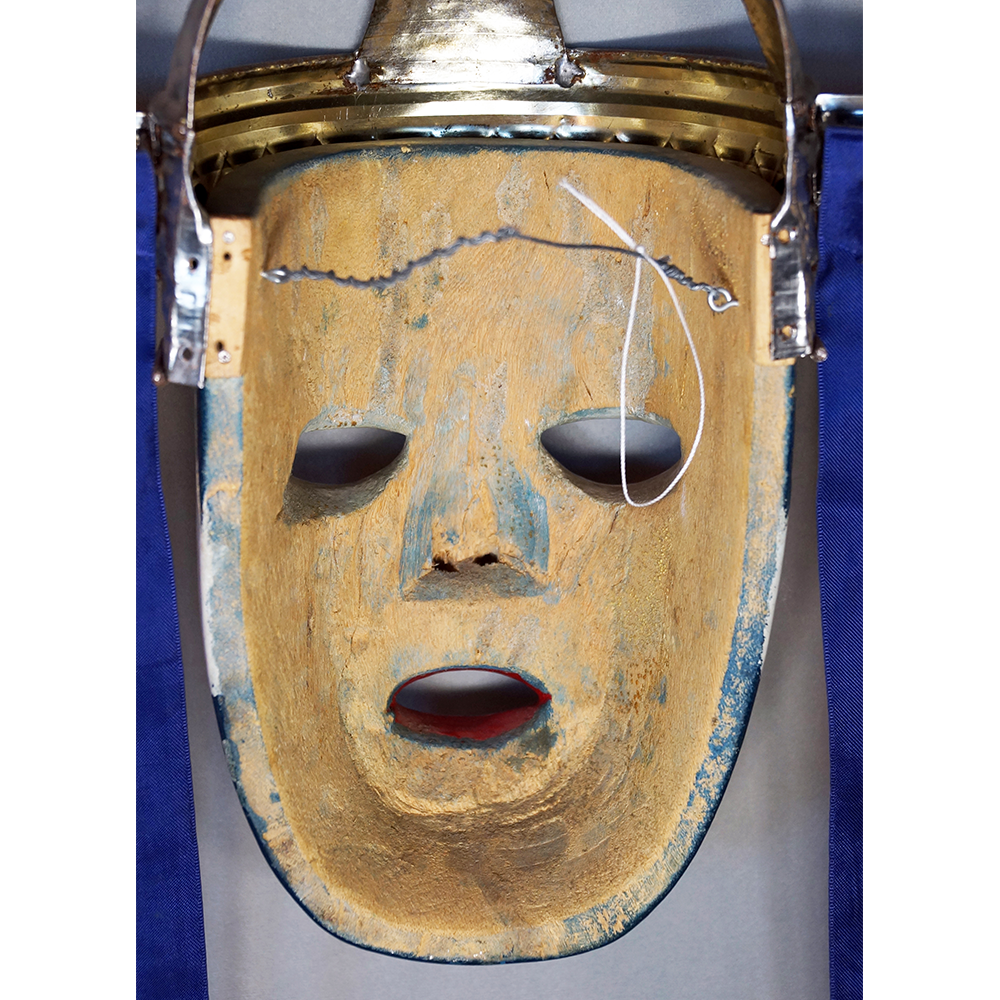 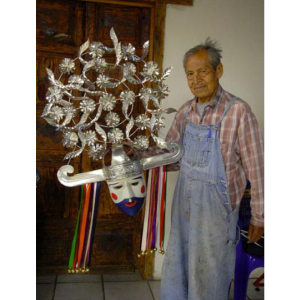 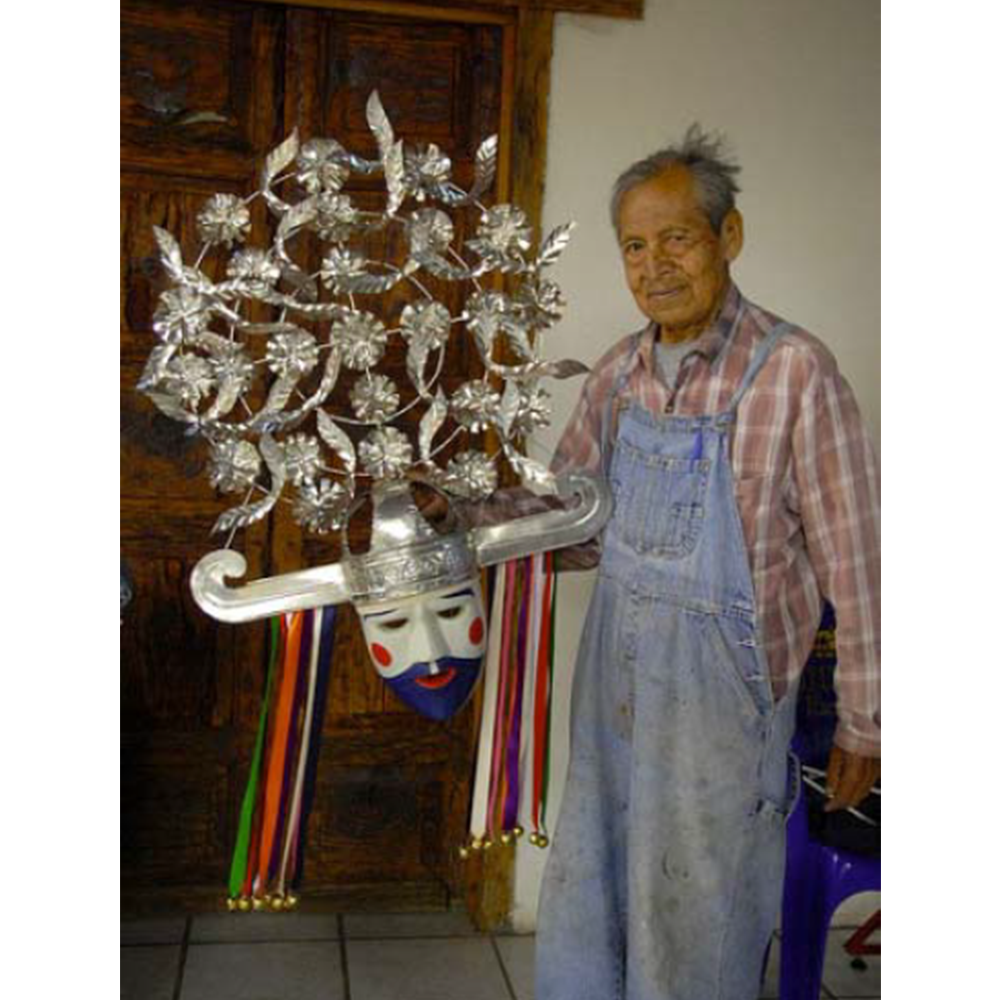 The Señor de Naranja (Lord of Naranja) is an historical figure of the country of Zacapu, Michoacán. “Naranja” means orange in Spanish, but the term in this context is actually a corruption of the Purépecha “Naranxan,” the name of a region where the town Naranja de Tapia is now located. The character apparently represents the historical cacique or chief of the region, Ziranzirancámaro, around 1200 CE, and the dance retells the history of the Purépecha settlement of Michoacán.

According to the legend, a tribe of Purépecha people called the “Eagles” arrived in the mountains and demanded that the Señor de Naranja bring them incense and wood to burn on the altar of their fire god, Curicaveri. Over the opposition of his people, the Señor sent the offerings, as well as his sister to wed the leader of the Eagles (Ireticatame) and bear him a son, Sicuirancha, who eventually conquered Naranxan and Cumachen. The dance commemorates these events.

This mask was made by the renowned Victoriano Salgado, who was awarded the Michoacán State Eréndira Prize for the Arts in 2012, the year of his death.