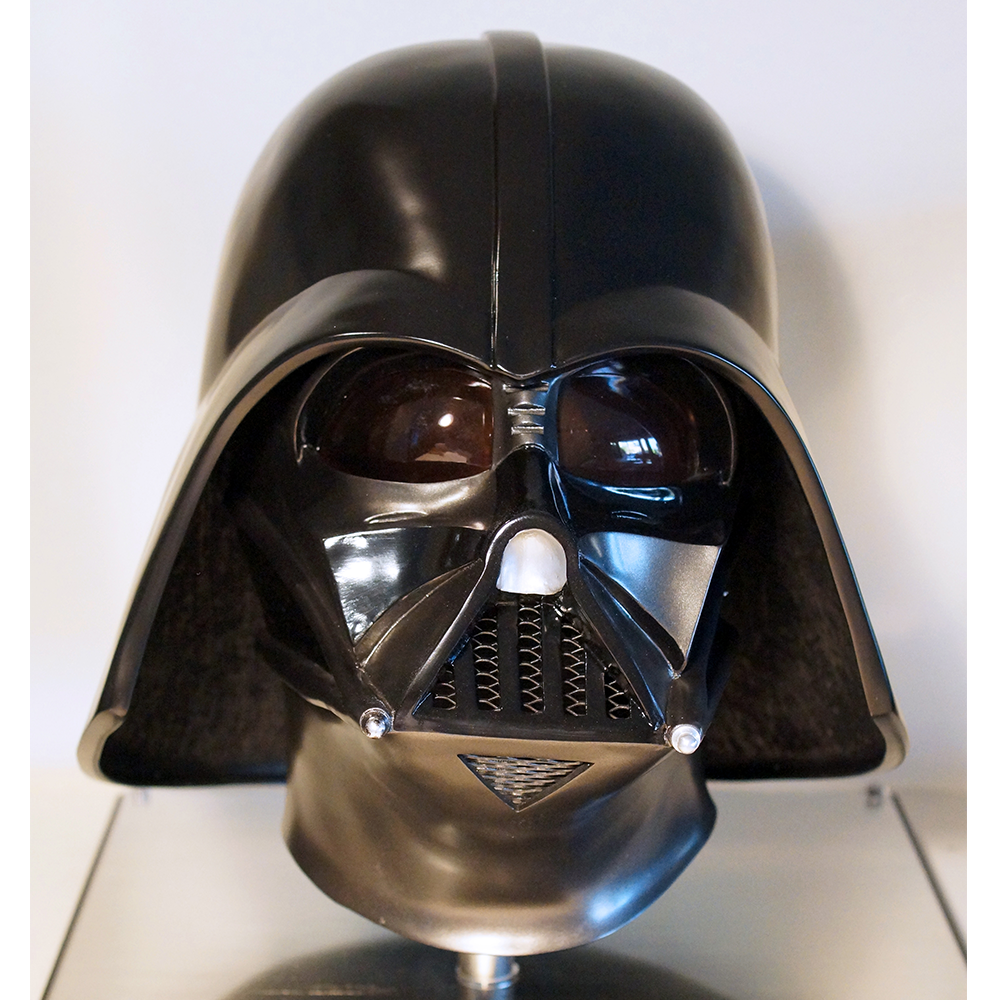 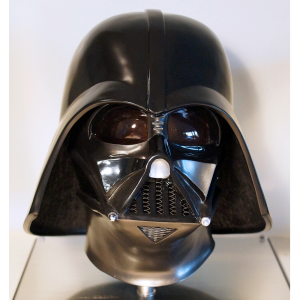 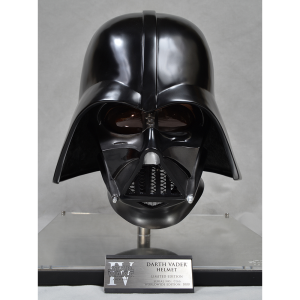 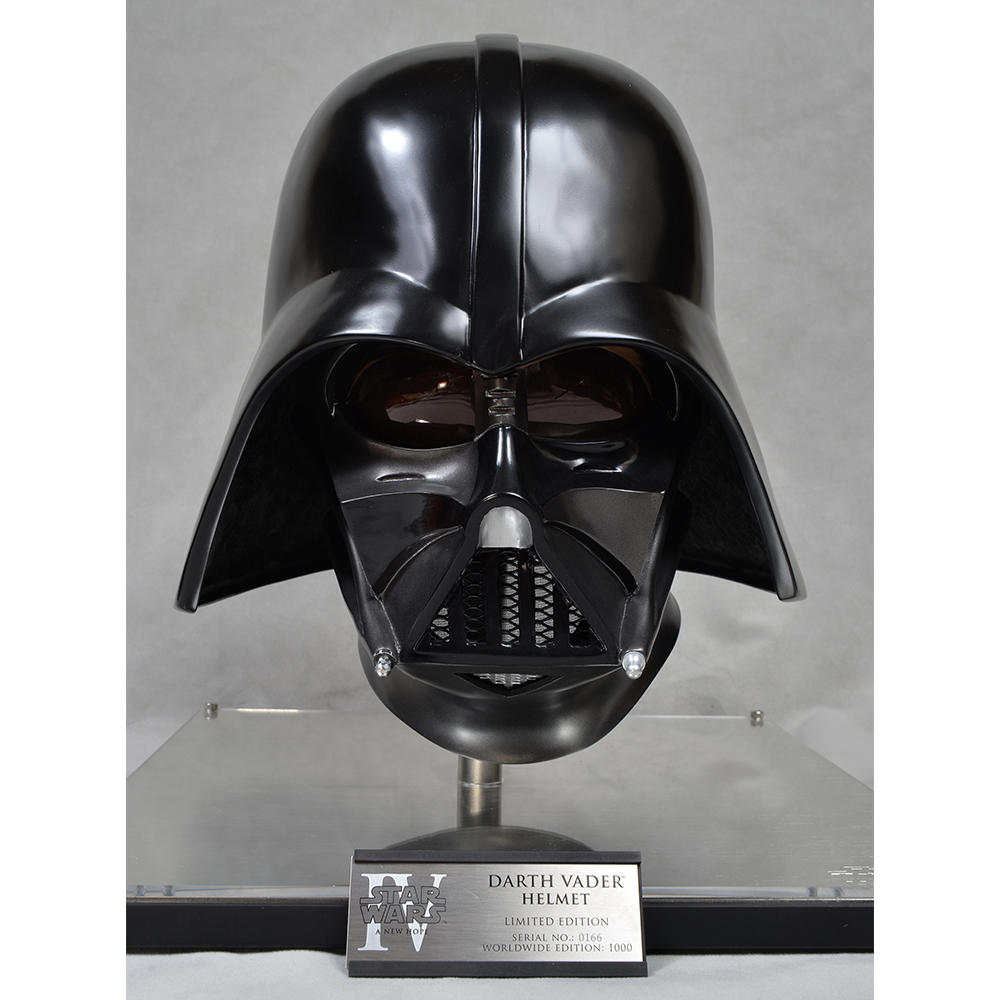 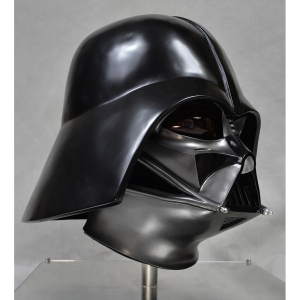 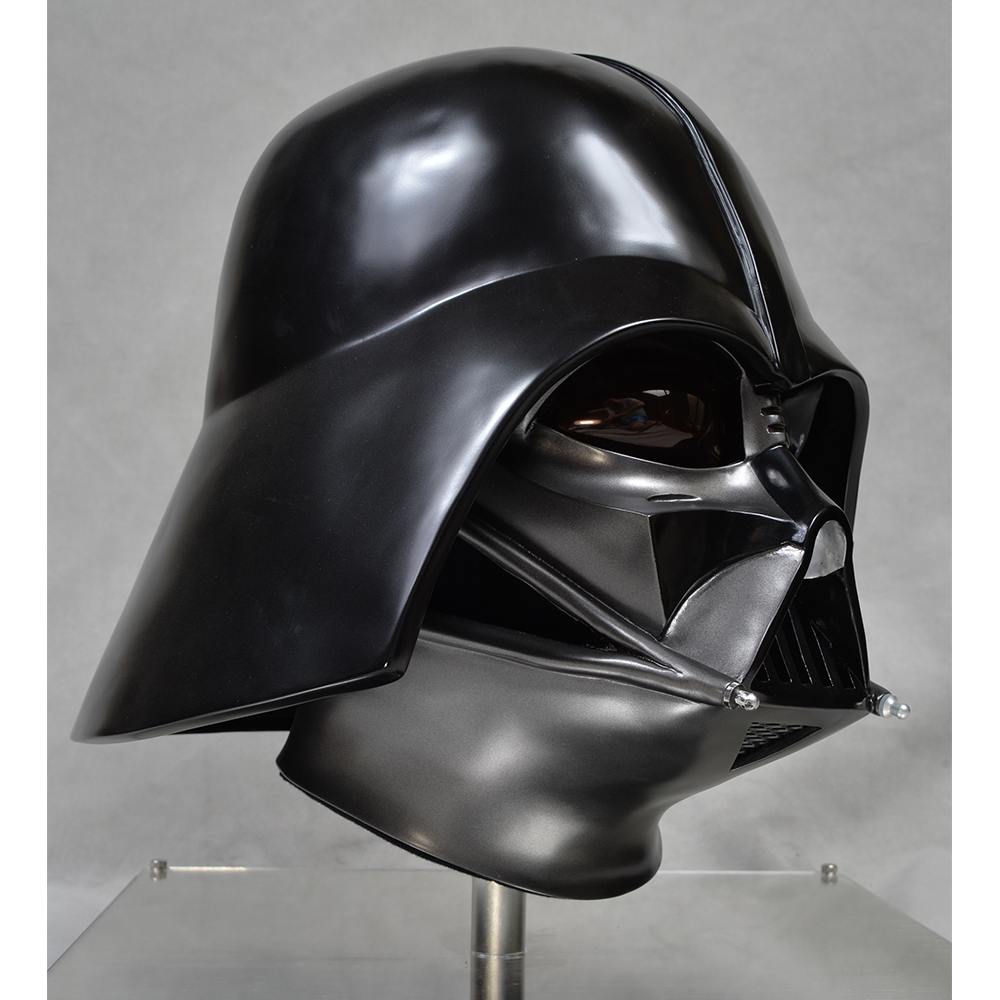 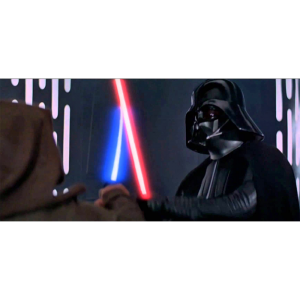 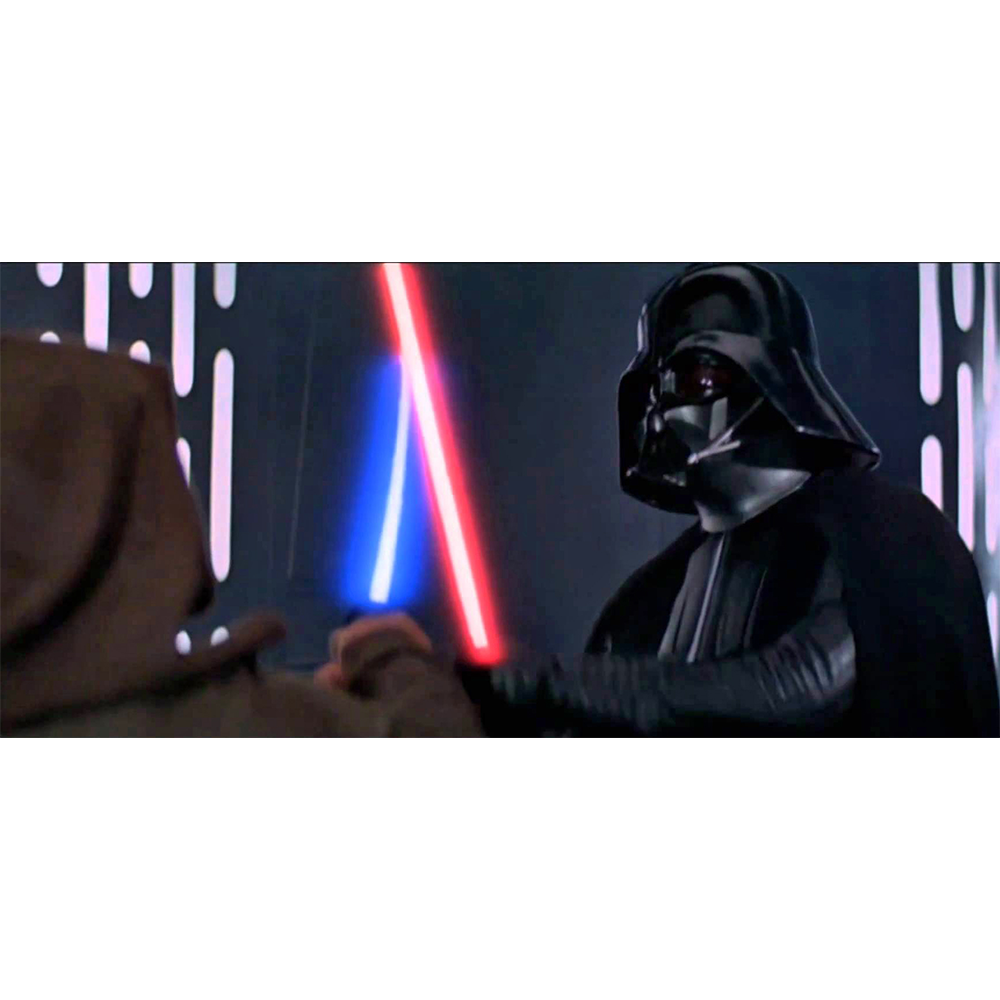 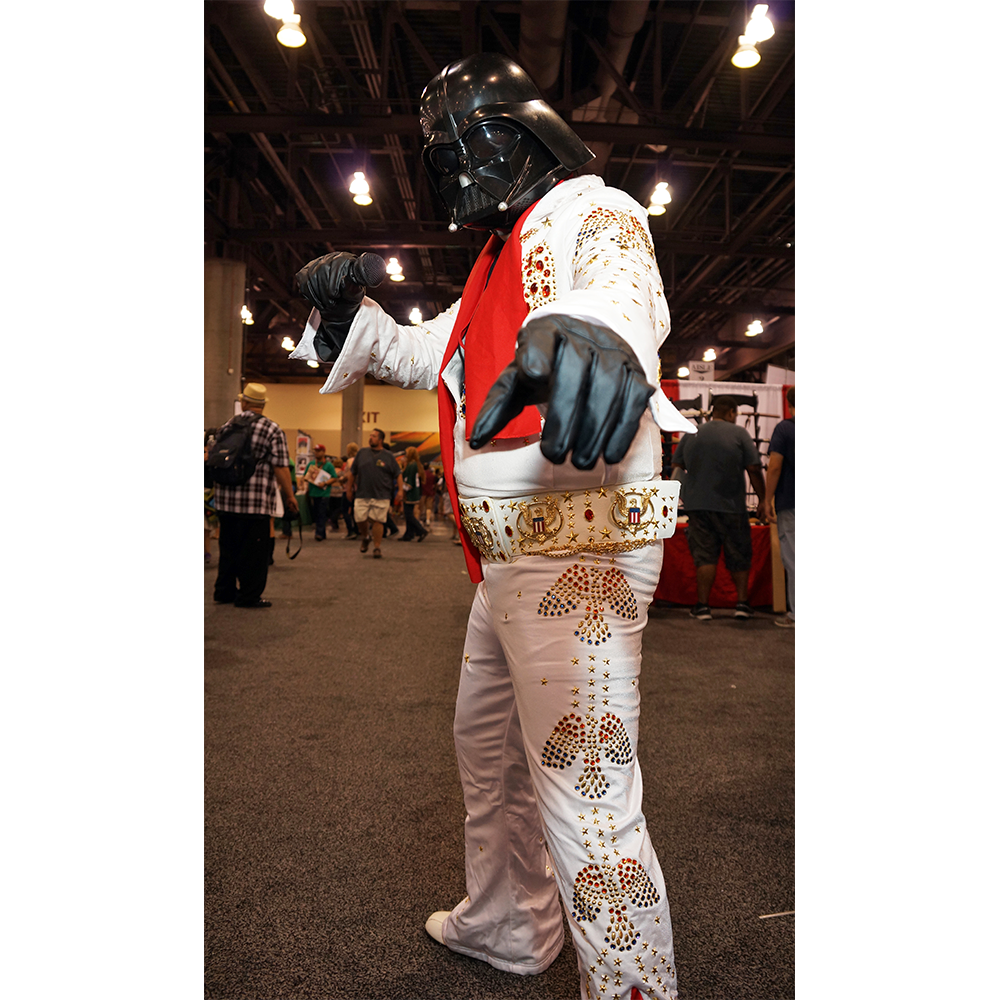 Motion pictures have had a dramatic effect on culture in the United States.  Masks and costumes from motion pictures are common during Halloween celebrations, costume parties, and costume events such as Comic-Con, annual international festivals celebrating comic books and related popular culture.

This mask is a replica of the mask worn by actor David Prowse playing the sinister Sith lord Darth Vader (voiced entirely by James Earl Jones) in the first Star Wars movie, A New Hope, first screened in 1977. The Darth Vader character quickly became one of the most popular villains of the era and an iconic image, inspiring toys, games, and Halloween costumes.

The original mask was sculpted by Brian Muir based on concept art by Ralph McQuarrie. Although the original mask molds appear to be lost, Rick Baker cast new molds from the screen-used helmet, and these were used to cast this wearable mask, which was then hand finished with airbrushed paint, hardware, and plastic lenses.