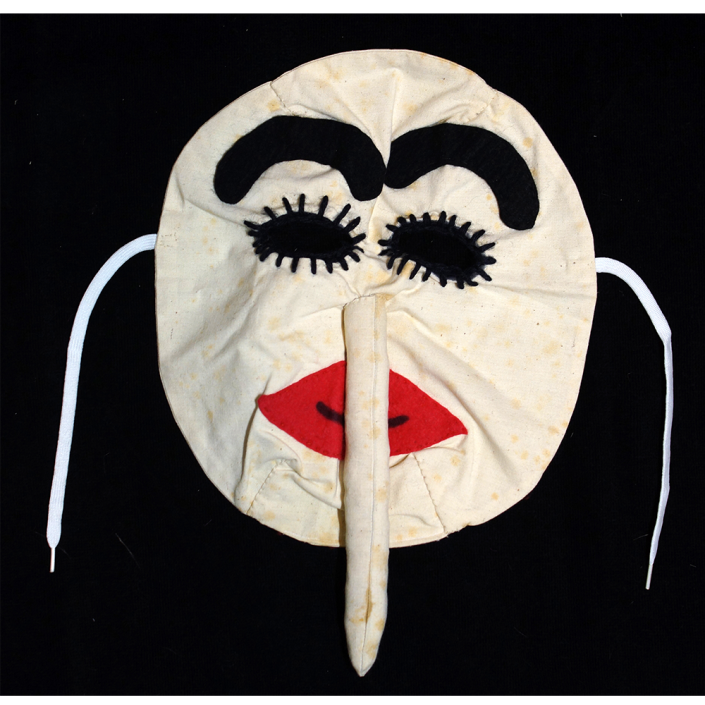 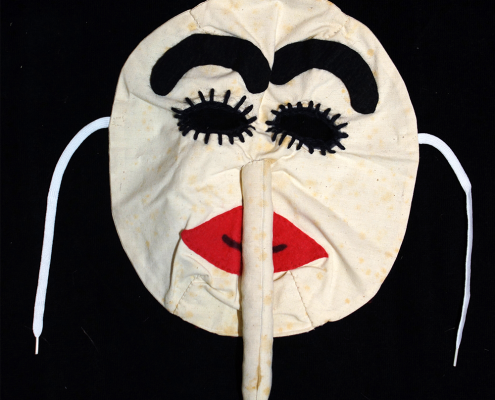 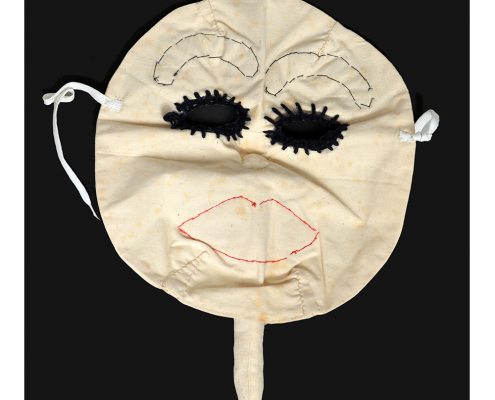 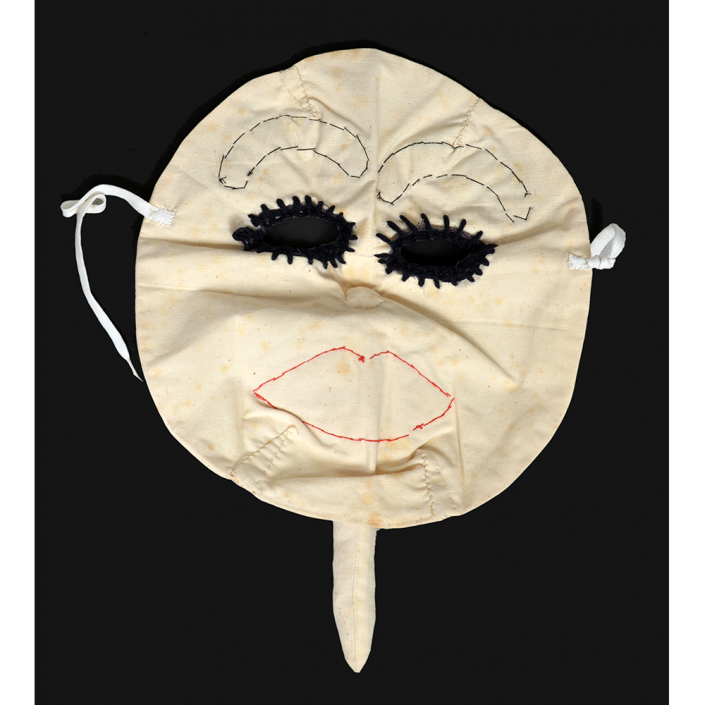 The Seneca people belong to the Iroquois League (Haudenosaunee) and inhabited the New York state area before being displaced by Dutch and British settlers.  They maintain tribal lands in the New York area today, reserved by treaty.  Among the spirits familiar to the Seneca is the Hagondes, or “long nose” spirit.  The Hagondes is a trickster, clown, and cannibal who frightens misbehaving children. As such, they have no ritual use, but are instead used as need arises.

In the past, Hagondes masks were made of buckskin, but changes in the Seneca traditional ways of life, including the reduced prominence of deer hunting to tribal life, led the Seneca to adopt new materials in some cases.