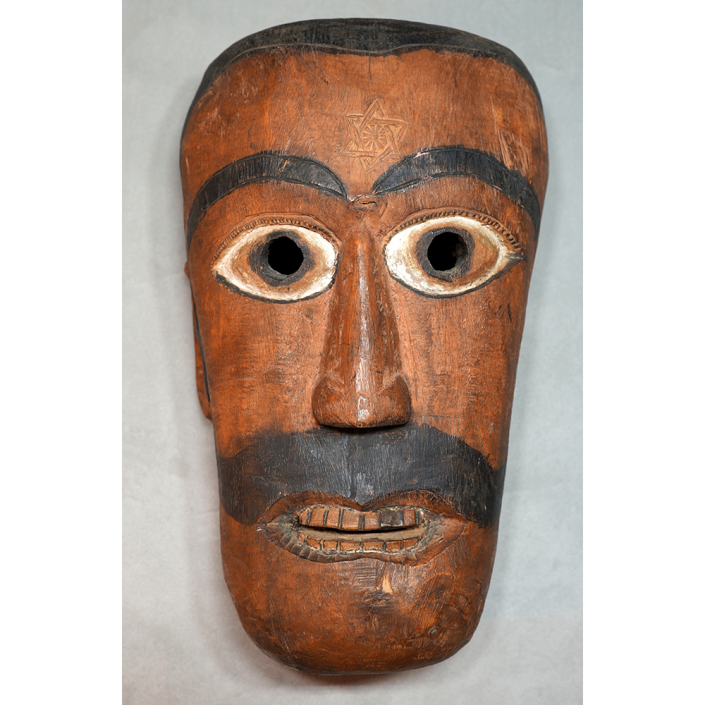 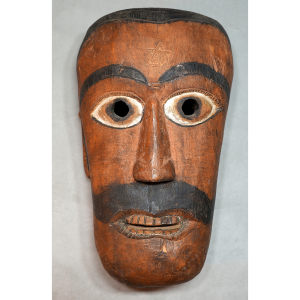 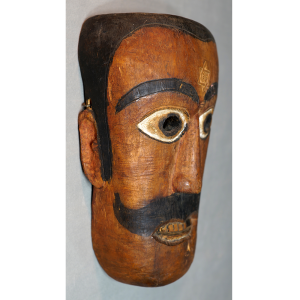 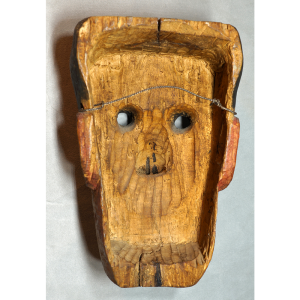 Other important masks include animals, the Rey Moro (King Moor, showing the influence of the Conquistadors), angels, clowns (payasos abanderados), shamans (huacos), and miscellaneous other characters.  This mask, dating back to the early twentieth century, most probably represents the Rey Moro, judging by the Islamic star on his forehead.