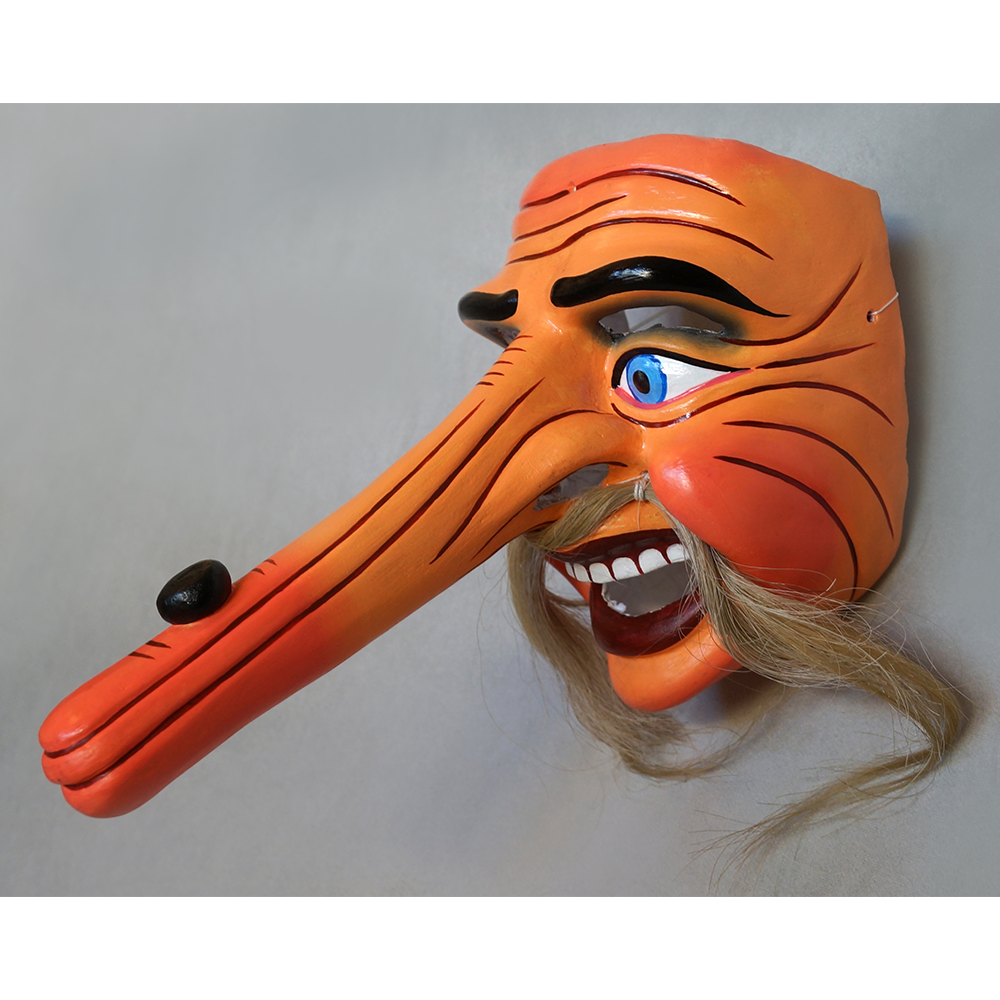 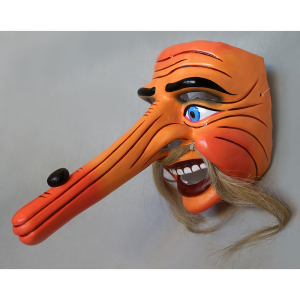 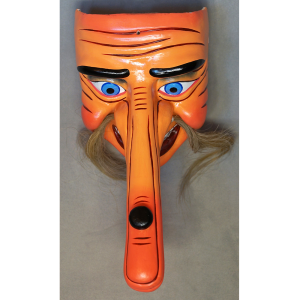 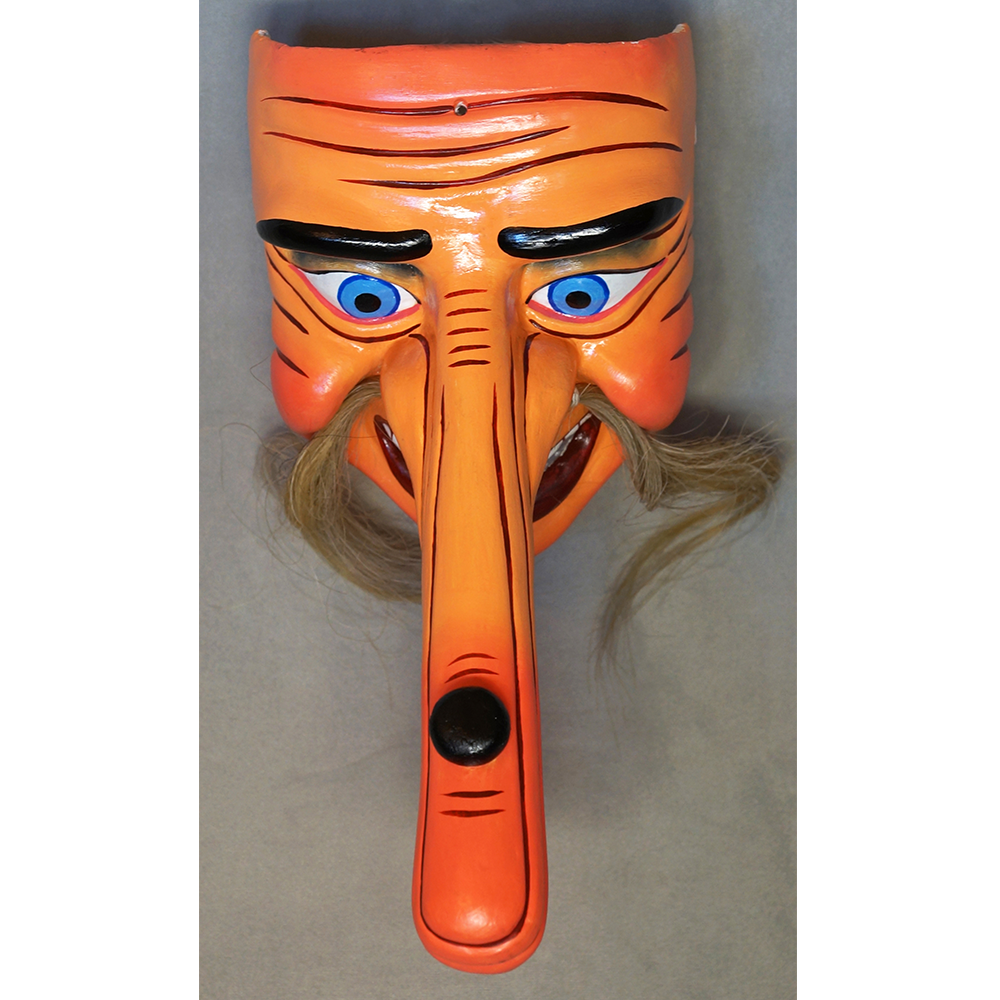 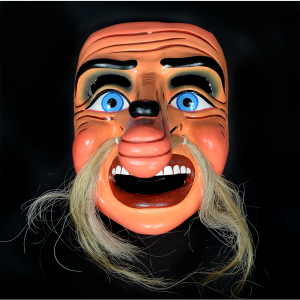 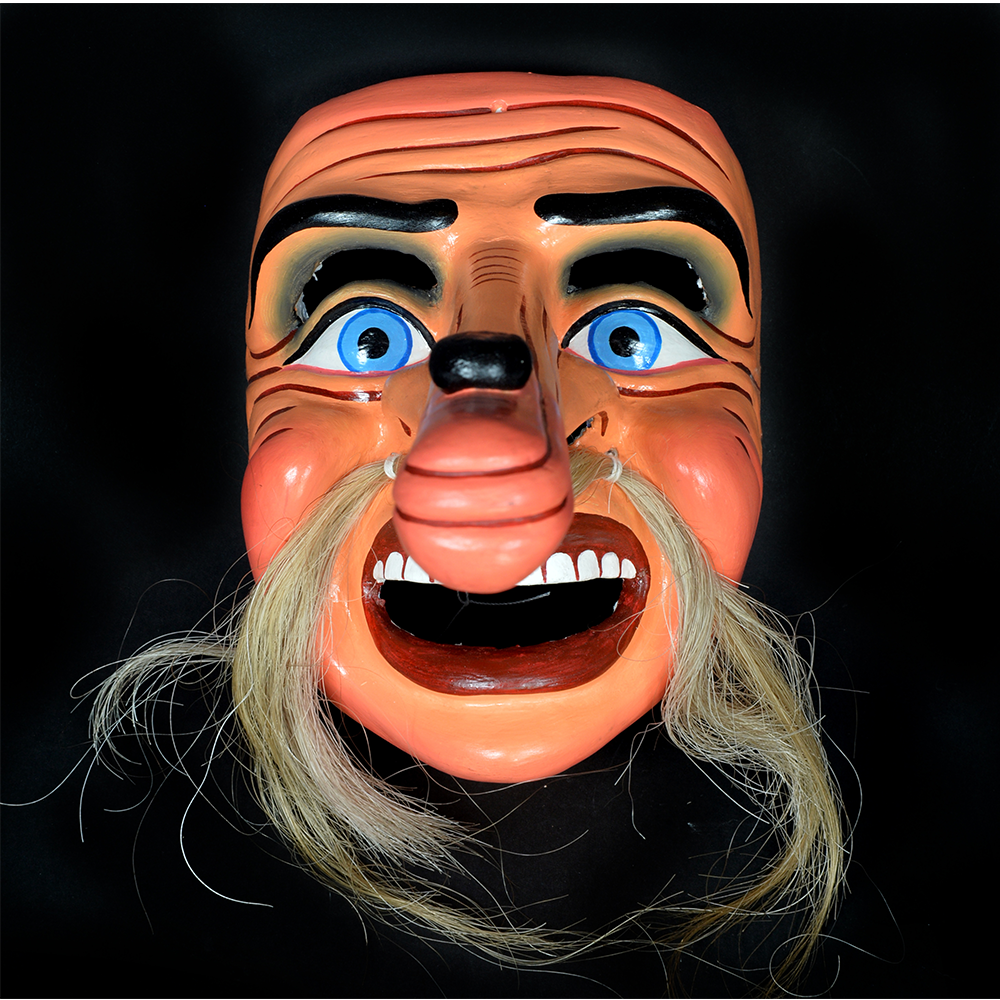 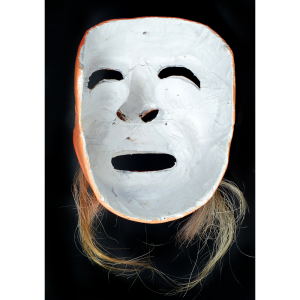 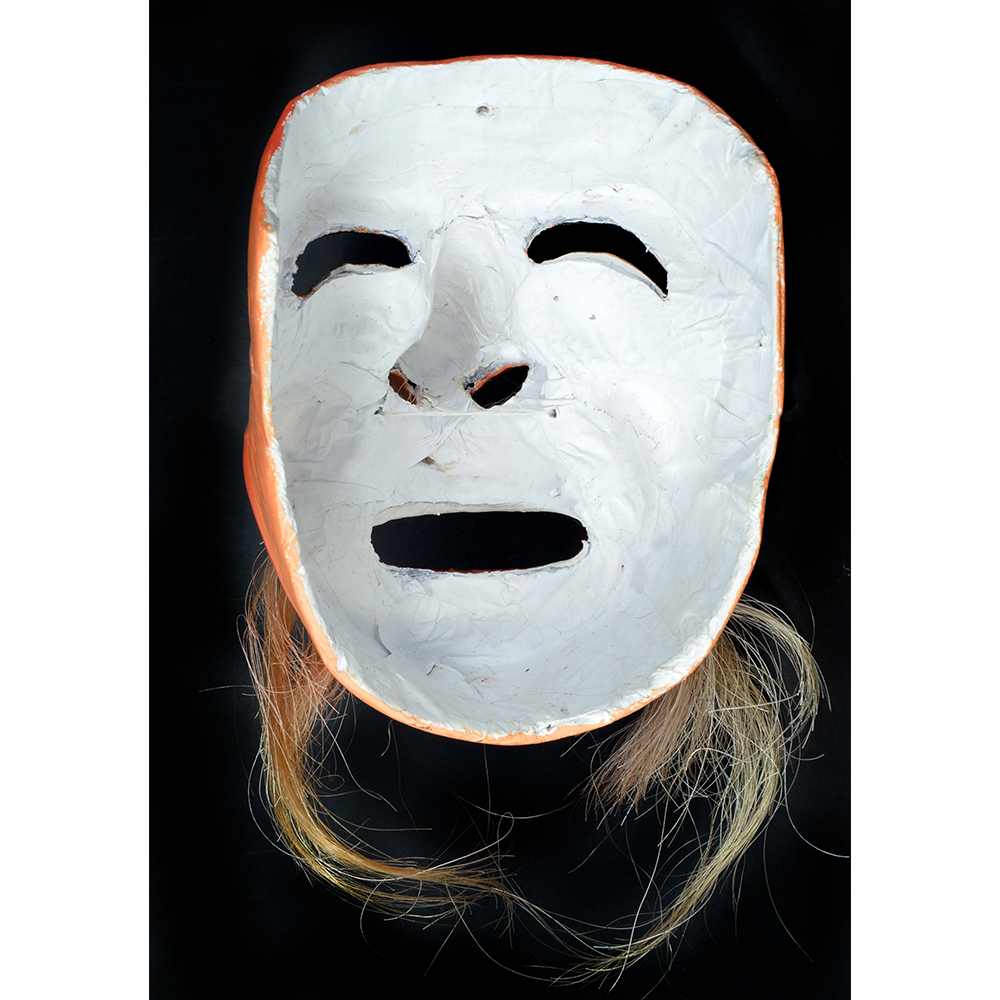 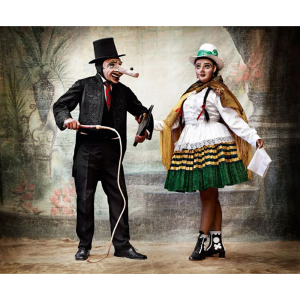 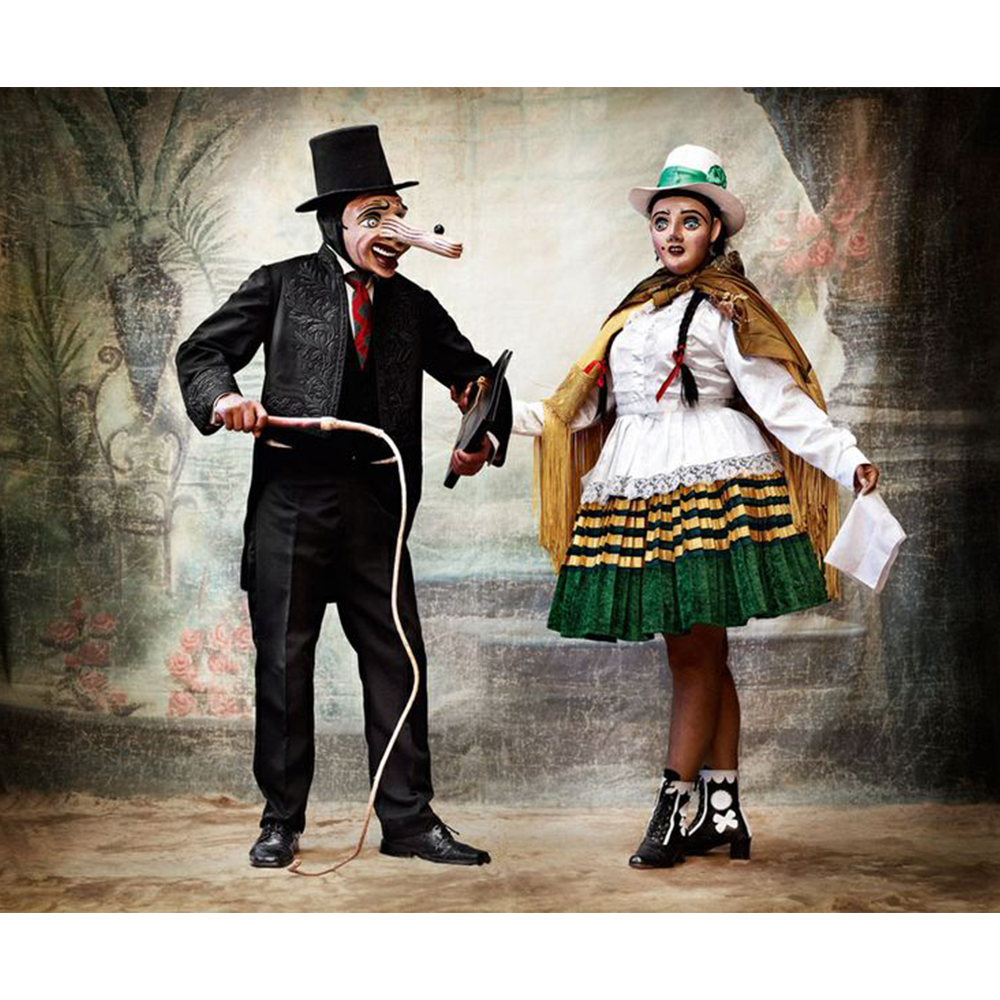 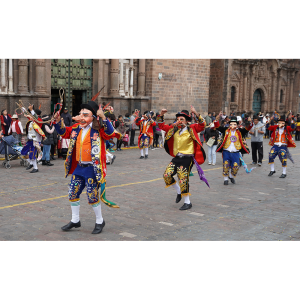 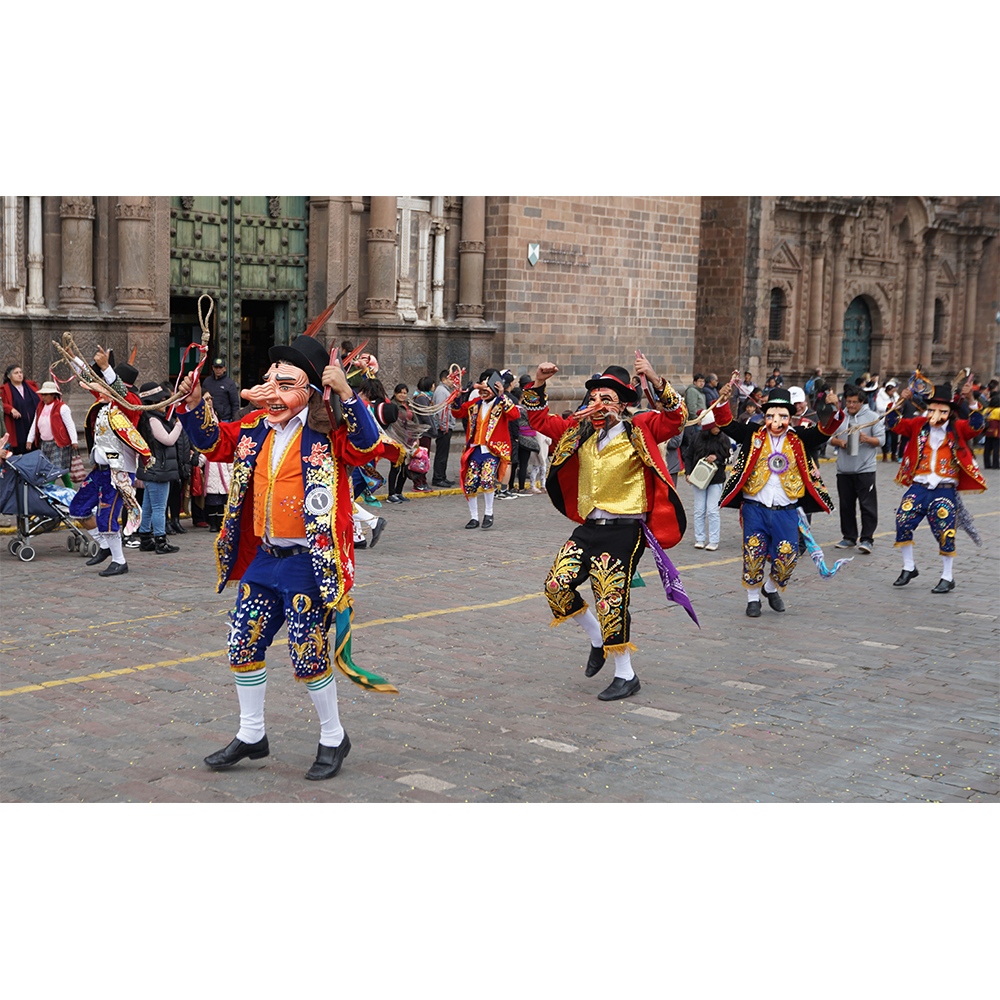 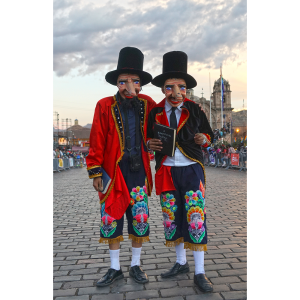 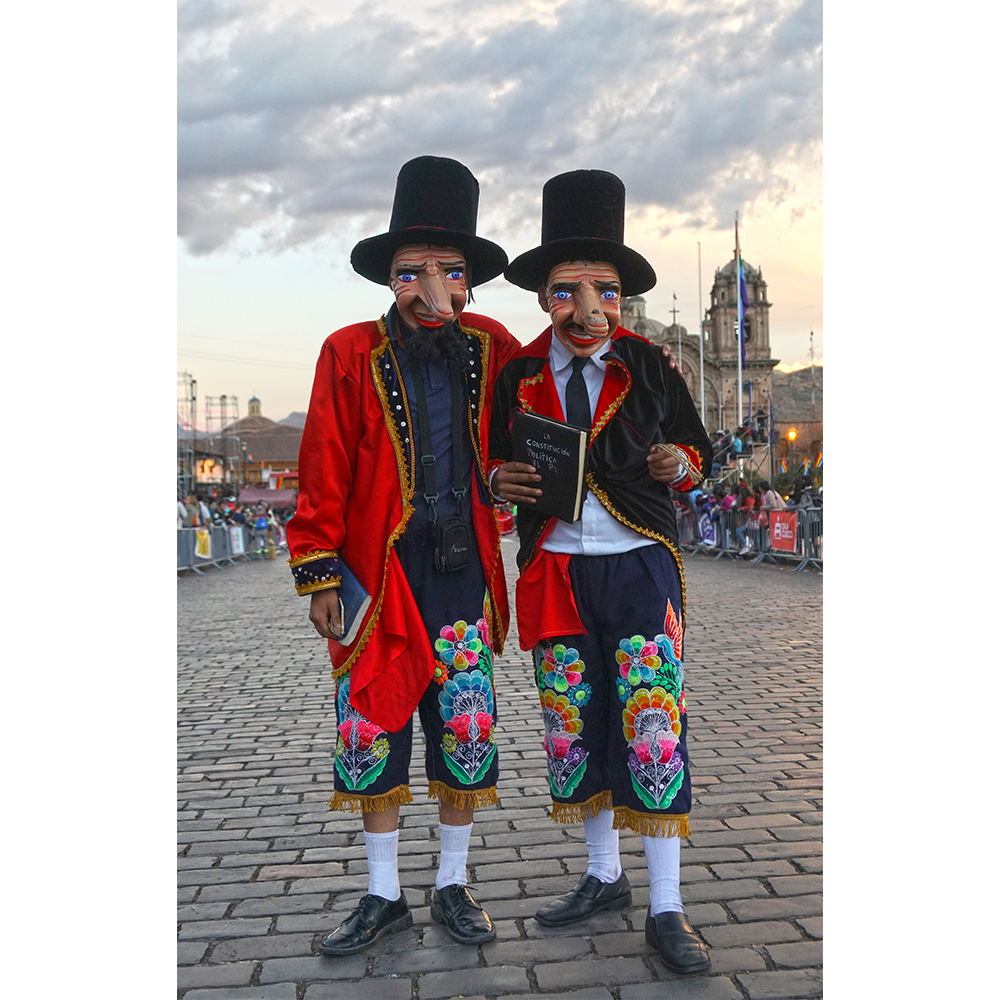 The city of Paucartambo, Peru, celebrates the Festival of the Virgin of Carmen (Mamacha Carmen) annually on July 16th. The Festival begins by the carrying of an image of the Virgin Mary through the streets to the church. Among the festivities that follow is the Kuwallada, a festival involving numerous masked characters in elaborate costumes. One component of Kuwallada is the Danza Wayra, also called Danza Siqlla or Siqlla, after the Quechua word for this character. The term wayra is Quechua for “wind,” probably referring to the “hot air” blown by liars; siqlla has no equivalent English word. Technically, these two dances are slight variations of each other, distinguishable by costume differences.  However, both satirize the grasping lawyers (in this context, “doctorcito” refers to a doctor of law, not a medical doctor), judges, and politicians of the town who are arrogant or abusive toward the indigenous population.

The dance is also performed throughout the Cusco region, including in Cusco itself, Pisaq, and Ollantaytambo.  It centers around a trial of an indigenous man (maqta), recited in Quechua and Spanish. The prosecutor leads the dance, followed by a mayor, lawyers, and the maqta. Most of the characters have exaggerated noses and fancy European clothes (except the maqta, who wears traditional Peruvian garb), but the lawyers are distinguished in carrying a bible and a whip.