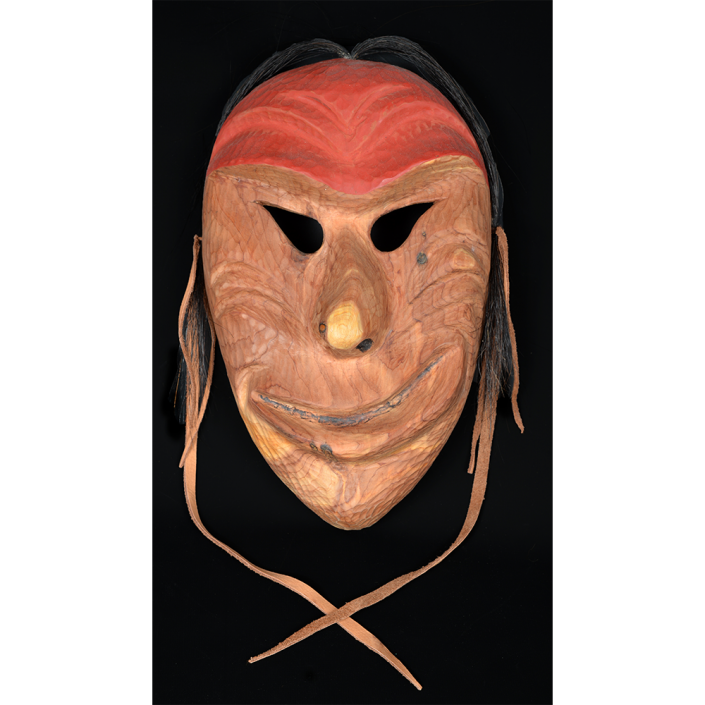 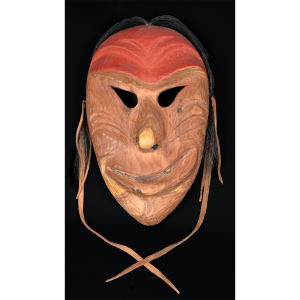 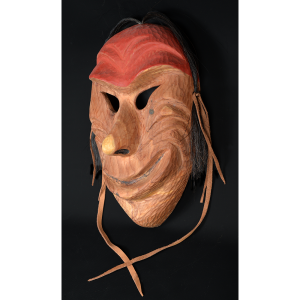 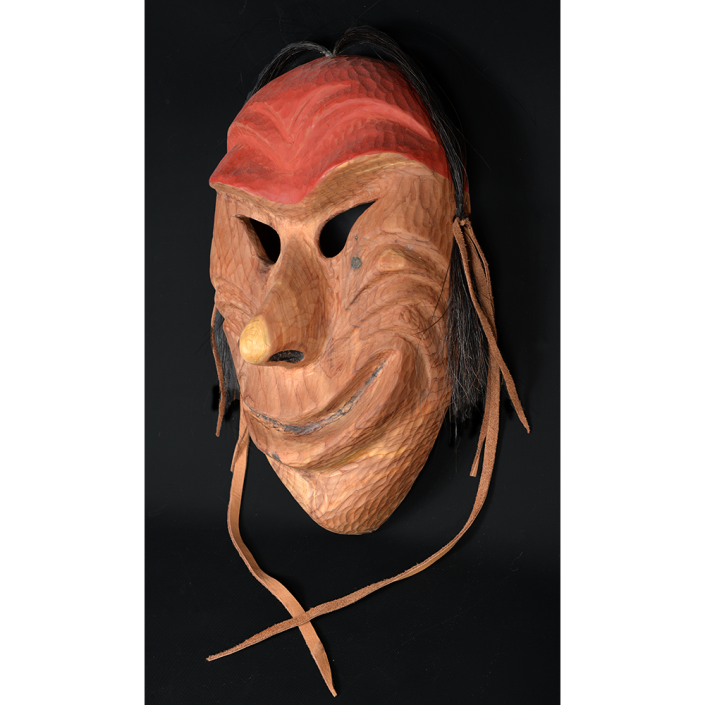 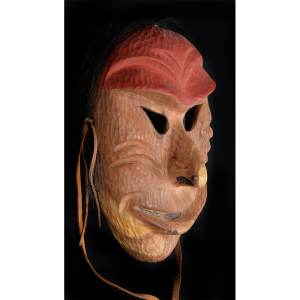 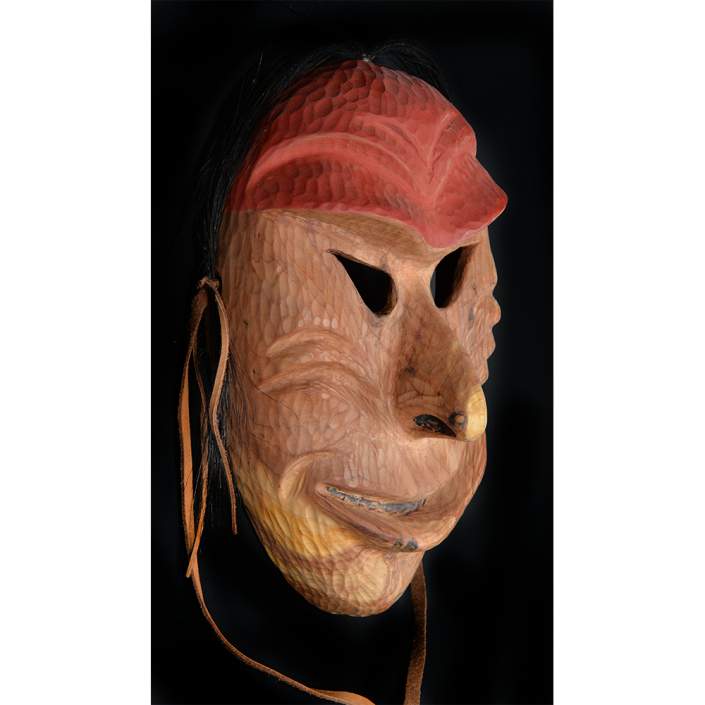 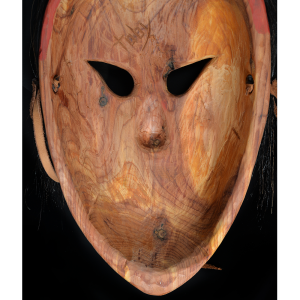 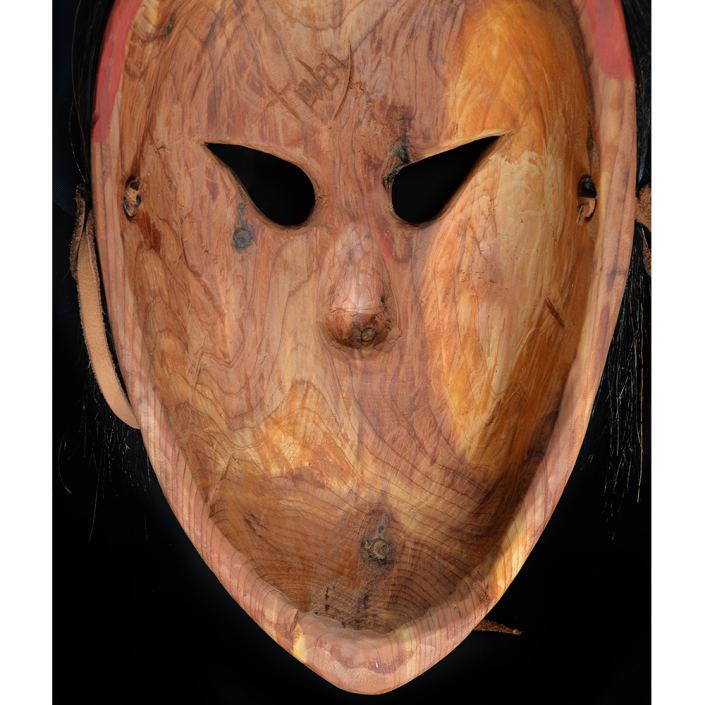 In the Eastern Cherokee Nation, the booger (tsu’nigadu’li) dance forms an important part of the winter celebration to discourage evil spirits from disrupting the coming growing season.  The boogers themselves represent the evil spirits, and they traditionally portrayed grotesque faces seeking to fight, chase women, and create general havoc. Following colonization, the booger dancers focused their misdeeds especially on satirizing the insolence, foolishness, and lust of European colonists toward the Cherokee women.

Booger masks could be made of wood, gourds, or carved wasp nests. This mask was made by Luther “Toby” Hughes, a member of the Keetowah Band who was designated a Living National Treasure in 1994, the same year this mask was made.