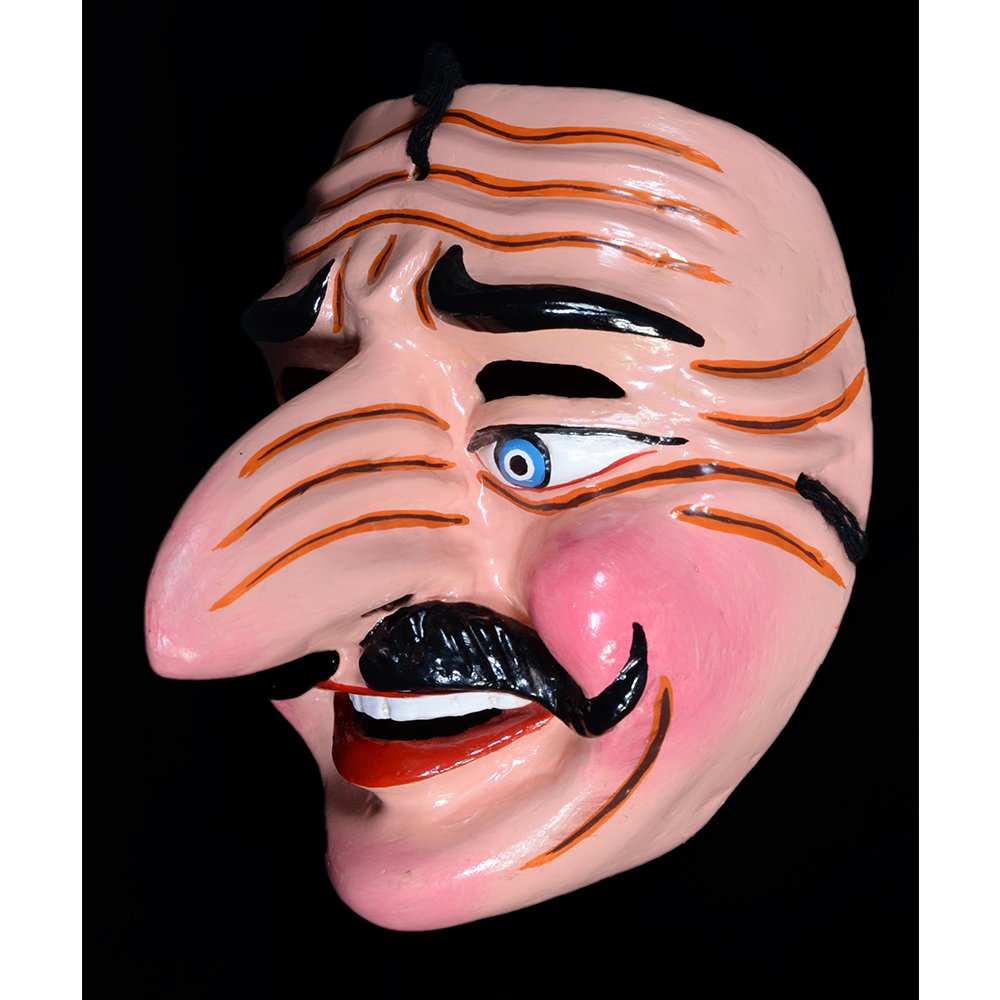 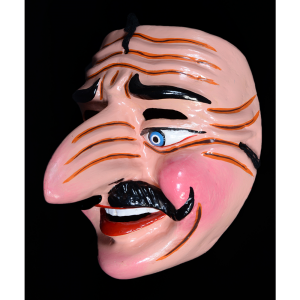 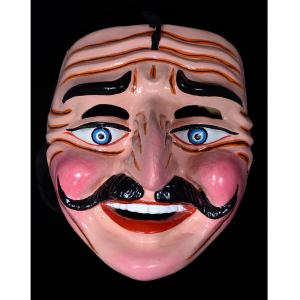 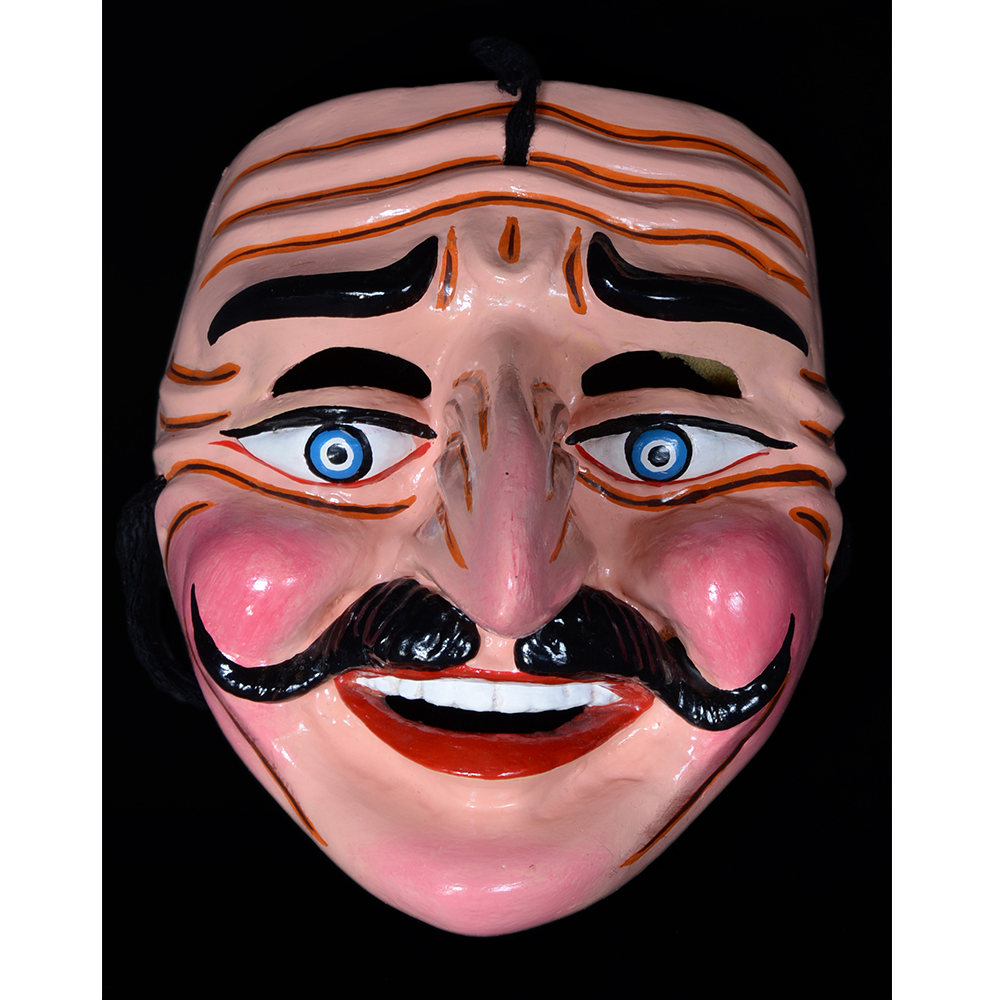 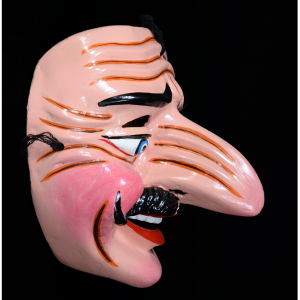 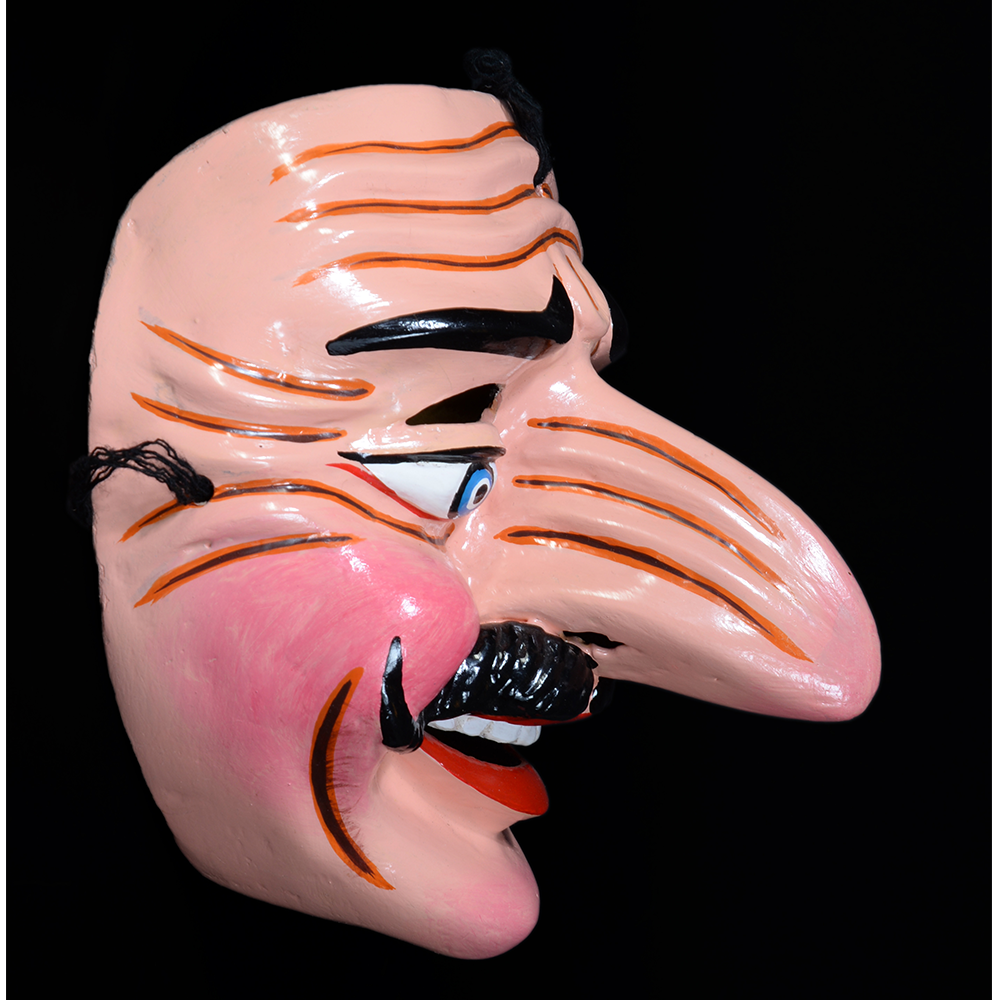 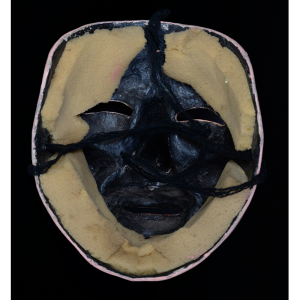 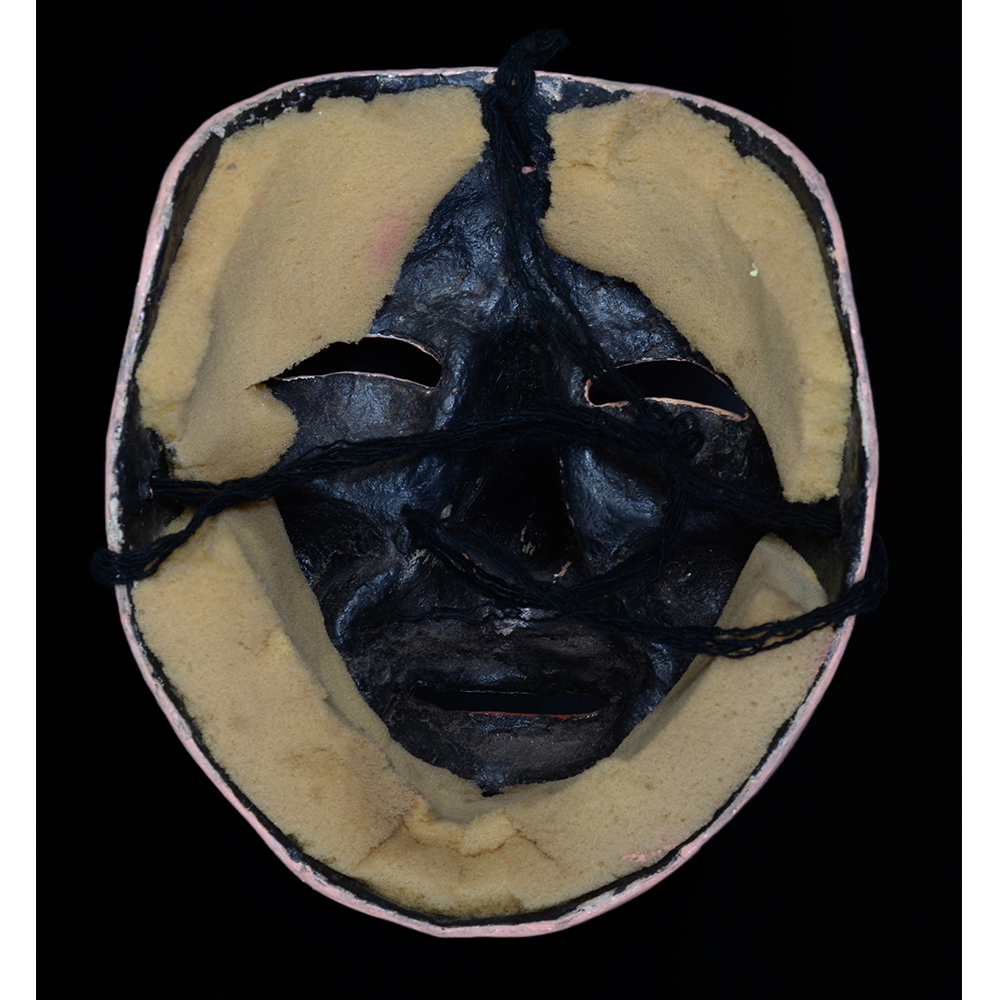 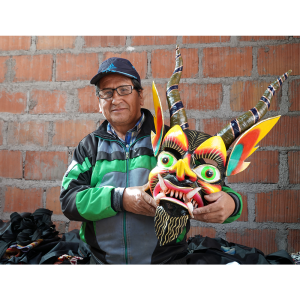 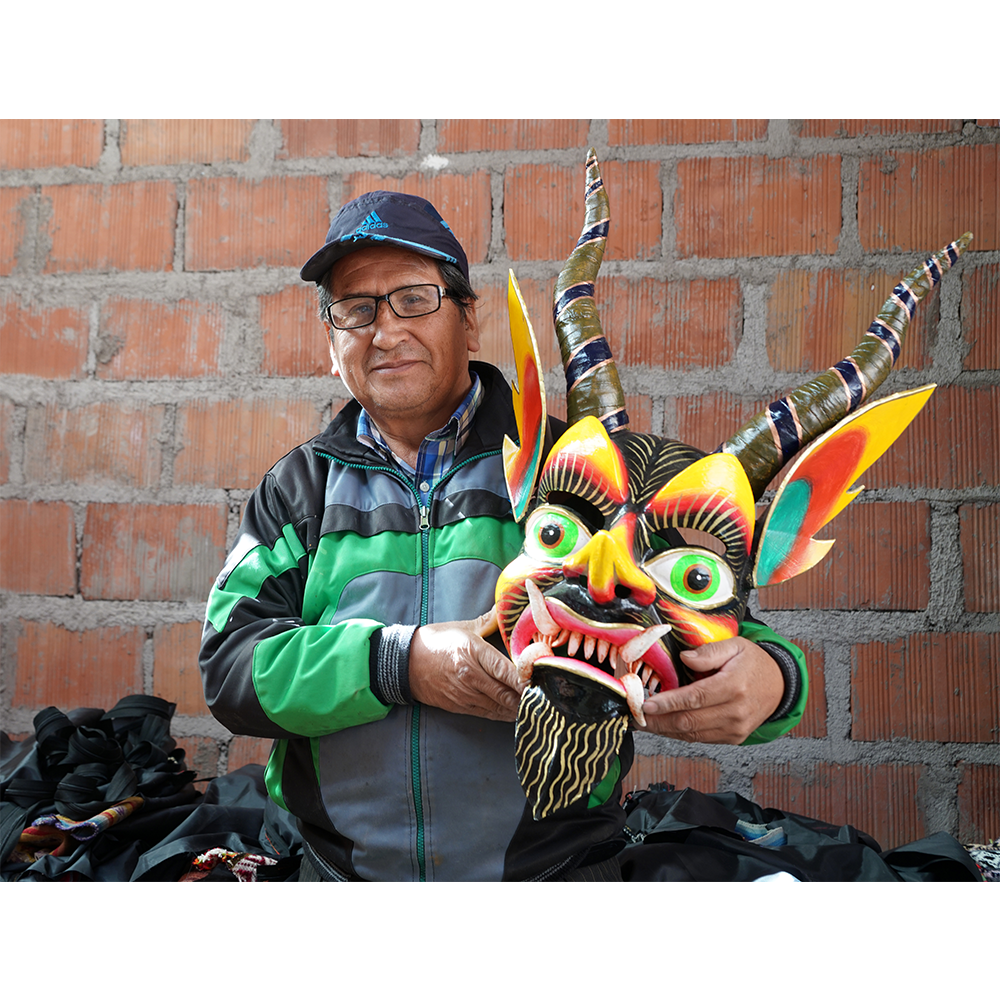 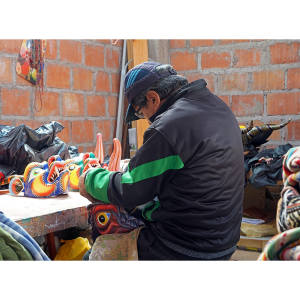 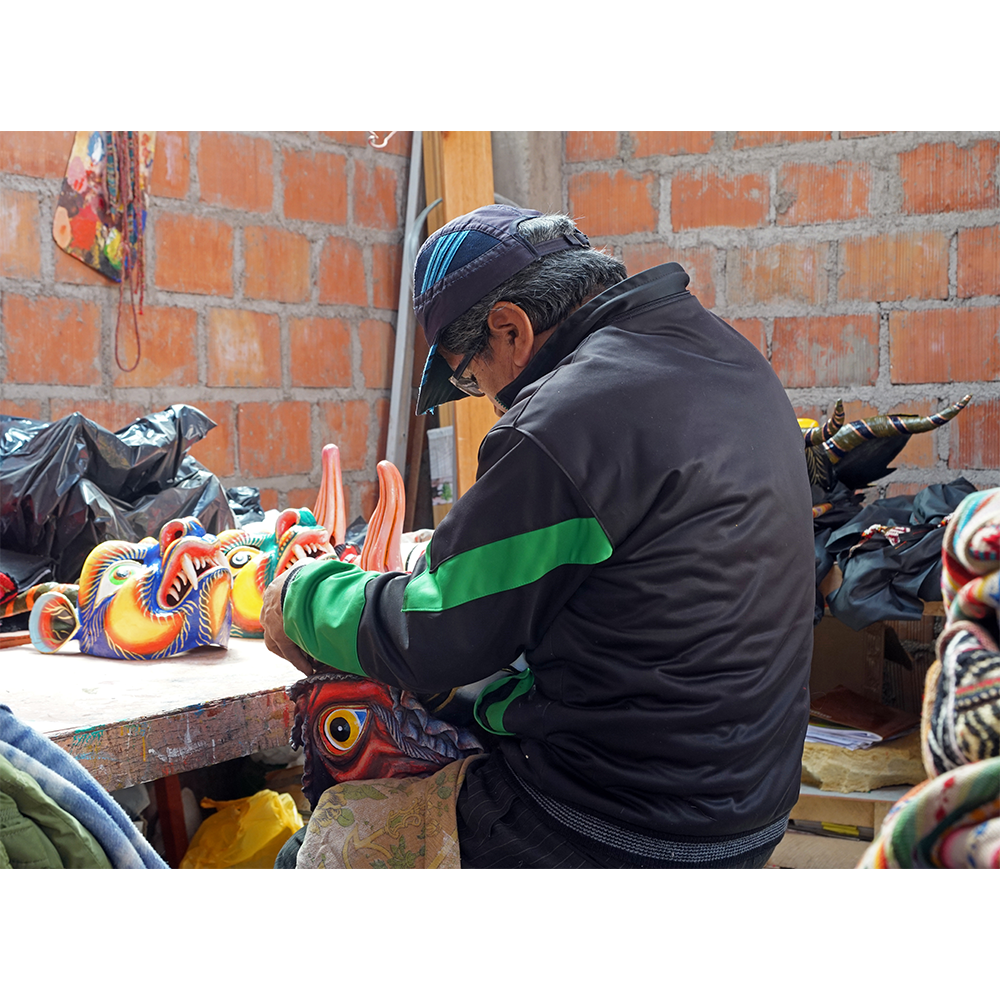 The city of Paucartambo, Peru, celebrates the Festival of the Virgin of Carmen annually on July 16th. The Festival begins by the carrying of an image of the Virgin Mary through the streets to the church. Among the festivities that follow is the Kuwallada, a dance involving numerous masked characters in elaborate costumes. The majeños satirize the Spanish merchants of the Majes Valley who traded in wine and aguardiente (cane liquor). The majeños dance usually in a group of twenty men and one woman, accompanied by a military-type band of brass instruments and drums.  They dance uproariously, carrying about bottles of alcohol, except in the presence of the image of the Virgin. The leading majeño (majeño mayor) is paired with a dancer wearing a female’s mask and dress who carries the liquor for the group, and several maqtas (servant-clowns) accompany the group.