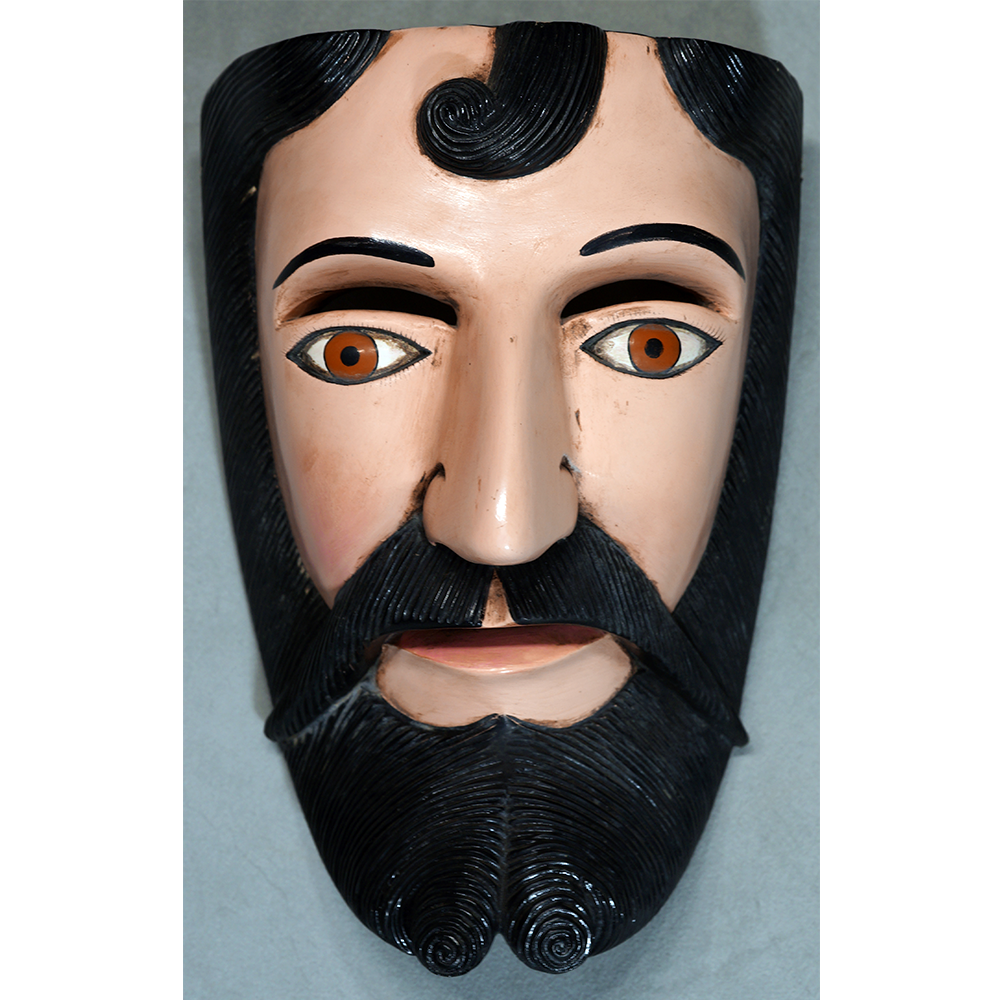 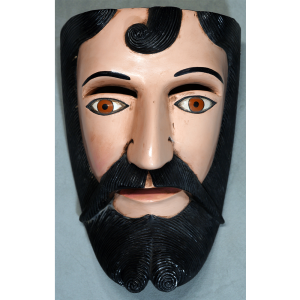 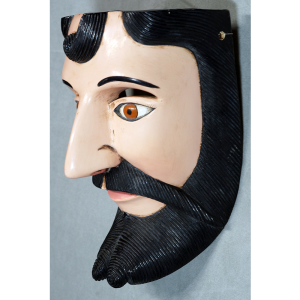 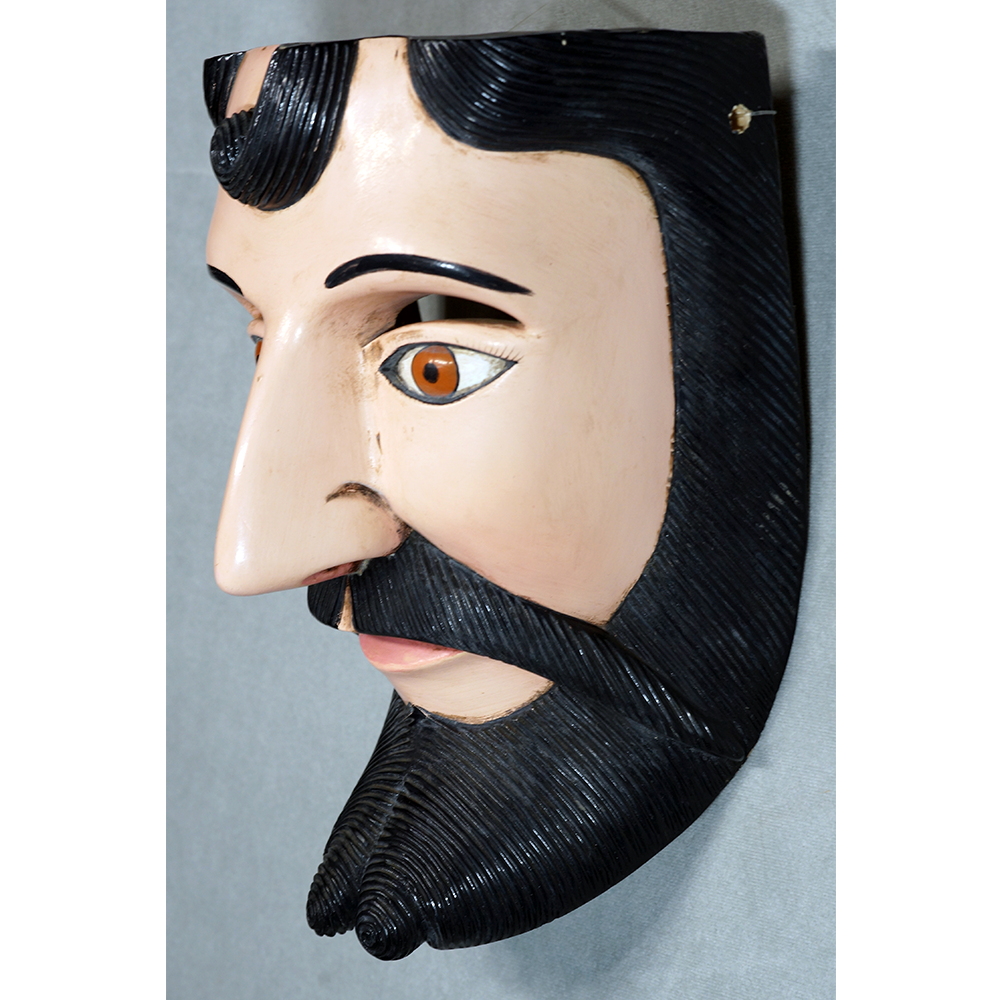 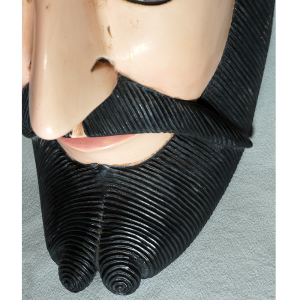 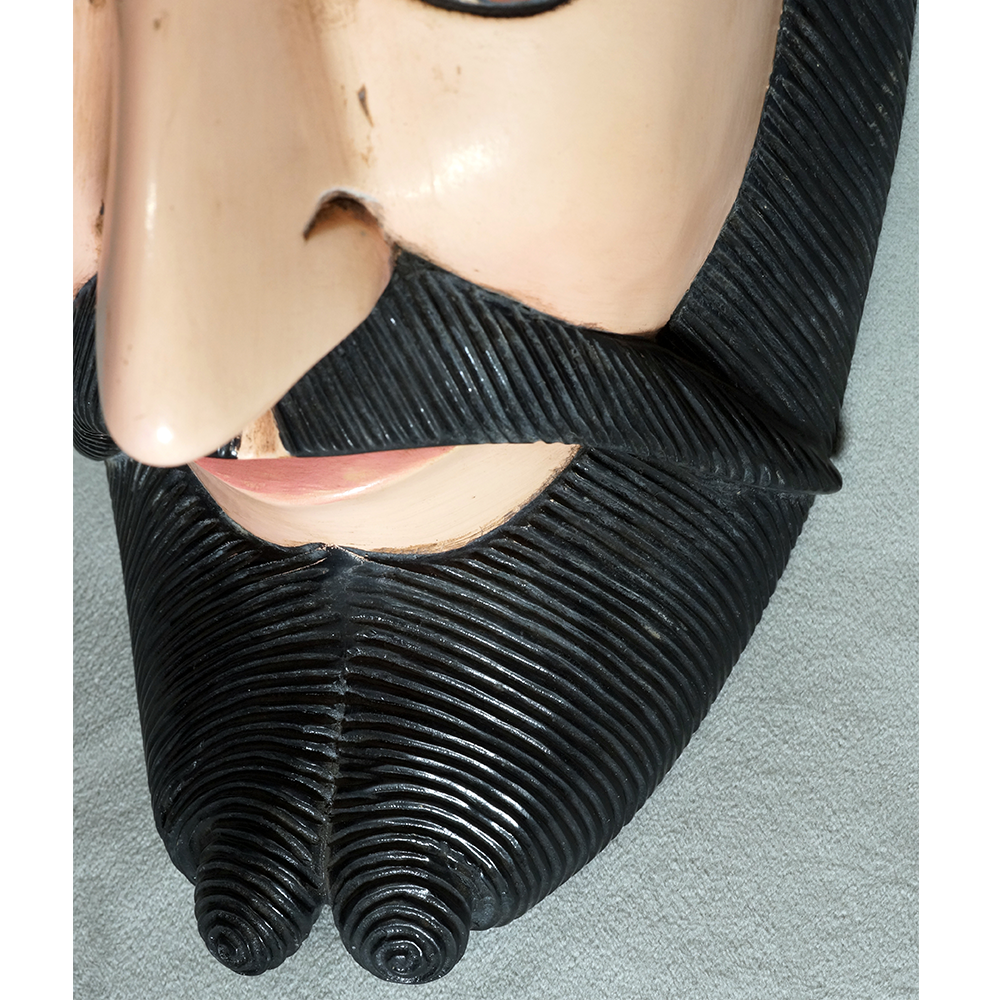 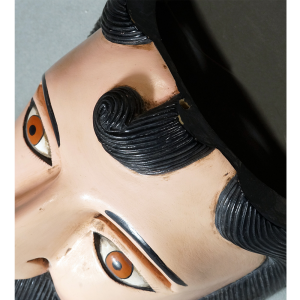 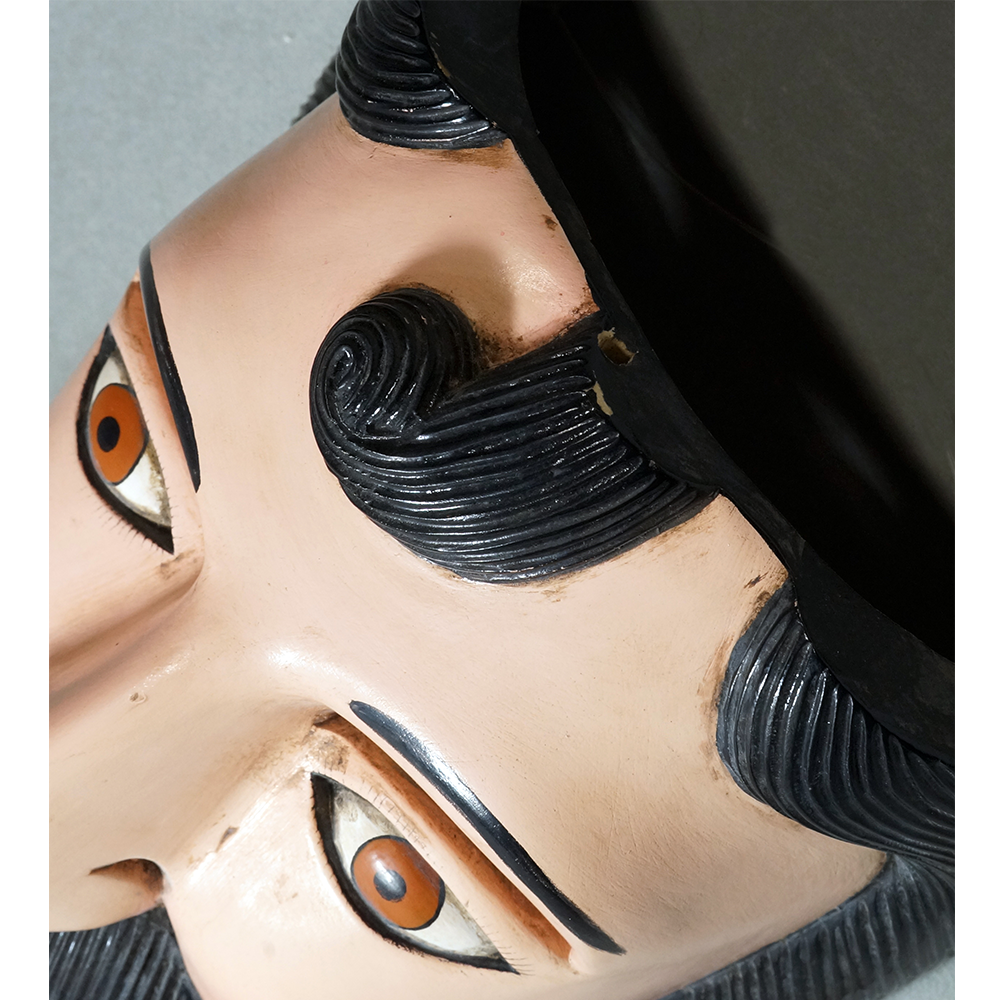 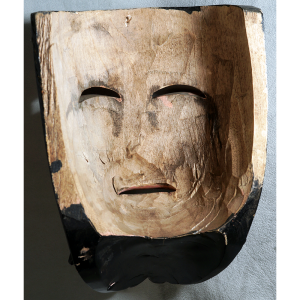 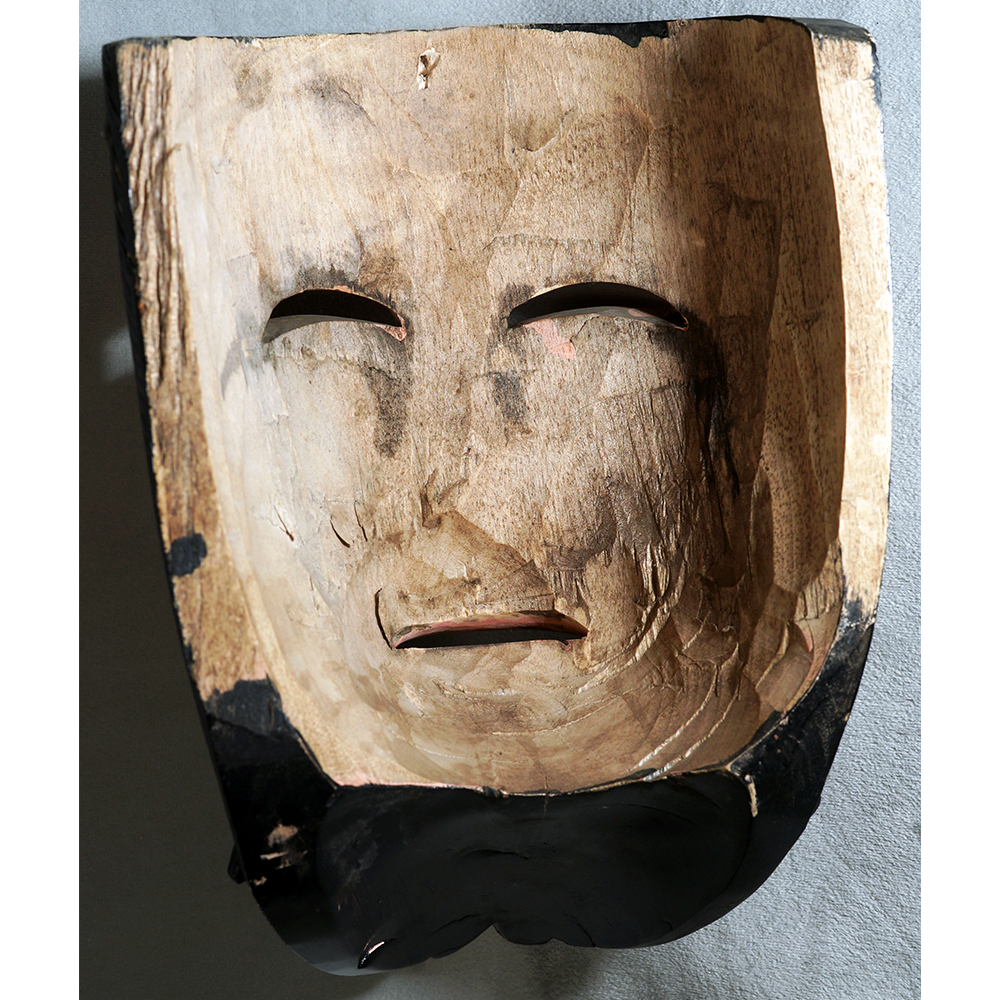 The Danza de la Negrada is performed in modern Michoacán among the Tarascan Indians (known as the Purépecha people) during the winter season to celebrate the Christmas holiday. The negros, as you see, are not necessarily “black men.” The masqueraders are actually known in the Purépecha language as turías or turíachas, who are spirits that control the air. “Black” refers not merely to color, but alludes to the idea of elegance and sophistication, and ultimately refers to anyone who is not an indigenous person.  It can therefore refer to European peoples as well, as this mask obviously does.

The best description of the dance is given by Janet Brody Esser in her excellent book, Behind the Mask in Mexico, with relation to a dance in Cherán, Michoacán:

“For the dance, the Blackmen arrange themselves in two files, leaving a clear area in between from four to twelve feet, depending on available space. The leaders, known as la letra and el segundo, recite stylized couplets recounting the birth of Jesus. . . . The leaders pace between the two files of dancers while reciting the verses, which are in Spanish. They delivered in a somewhat stilted manner with regularly recurring emphases and stylized gestures.  At intervals each Blackman joins his neighbor in the file and performs a slow waltz or sprightly polka. . . . The Blackmen begin dancing at the home of the carguero [the person charged with carrying the statue of the Holy Infant] at about nine p.m. on Christmas Eve and continue until after Midnight Mass, which they attend. They accompany the image of the Holy Child as it is carried through the streets to the church. . . . Beginning at ten or eleven on the morning of Christmas Day, the day after Christmas, and on January 1, Blackmen dance at homes of past and present cargueros. They also dance at the municipal building in honor of civic officials. Throughout the dancing, with the exception of Midnight Mass, they are accompanied by girls from ten to fourteen years of age wearing elaborately decorated sombreros. The dancers are given gifts of fruit and sugarcane by each host, which the townspeople explain are foods appropriate for children in a feast that is for the Holy Child.”