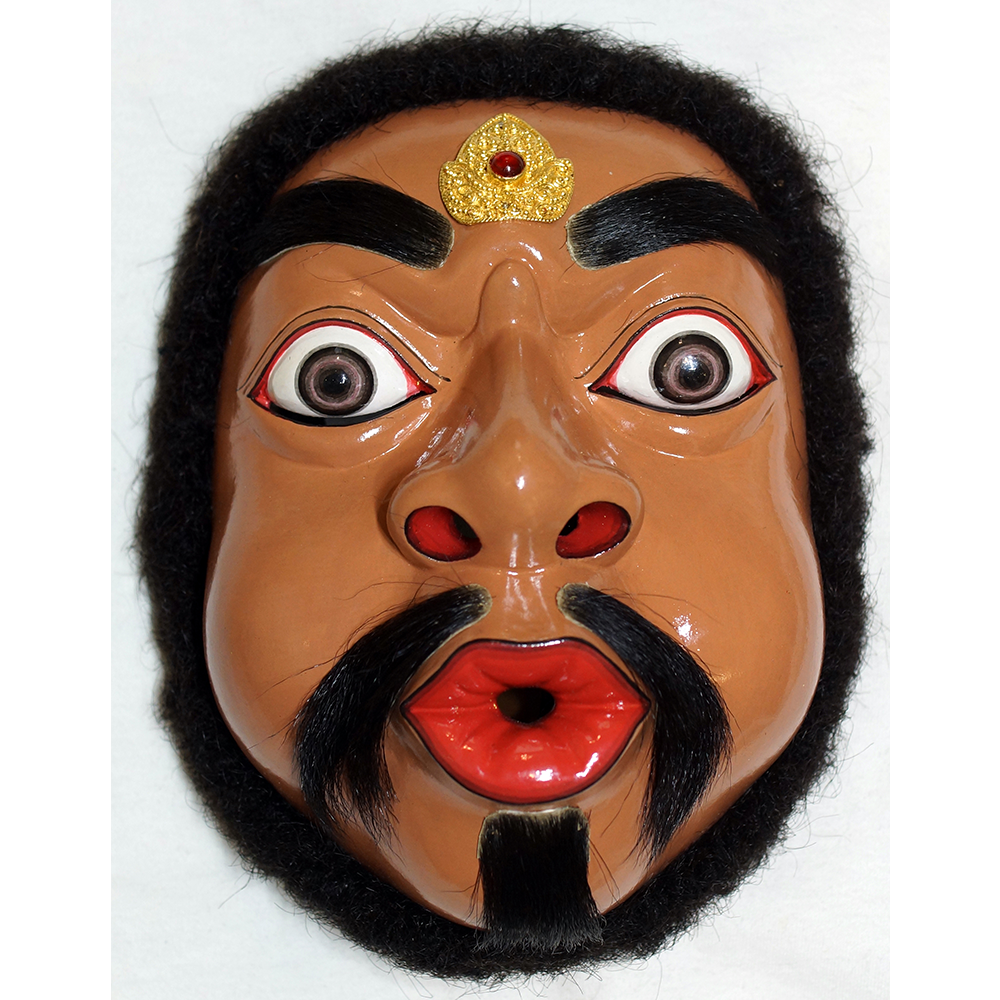 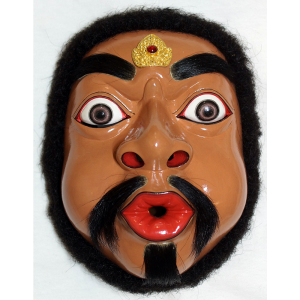 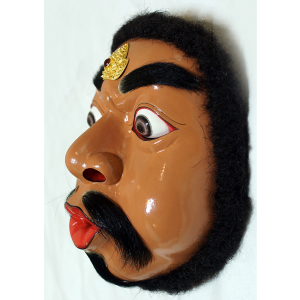 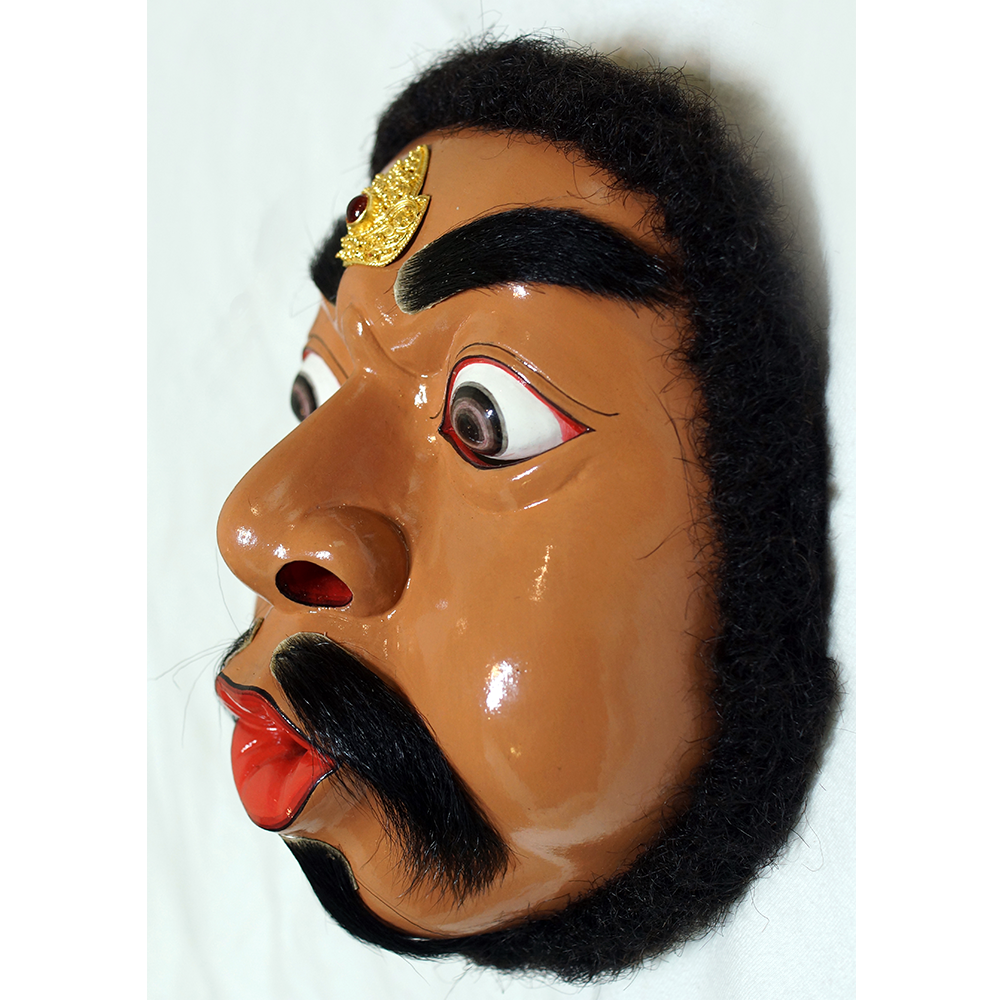 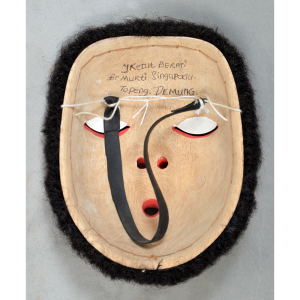 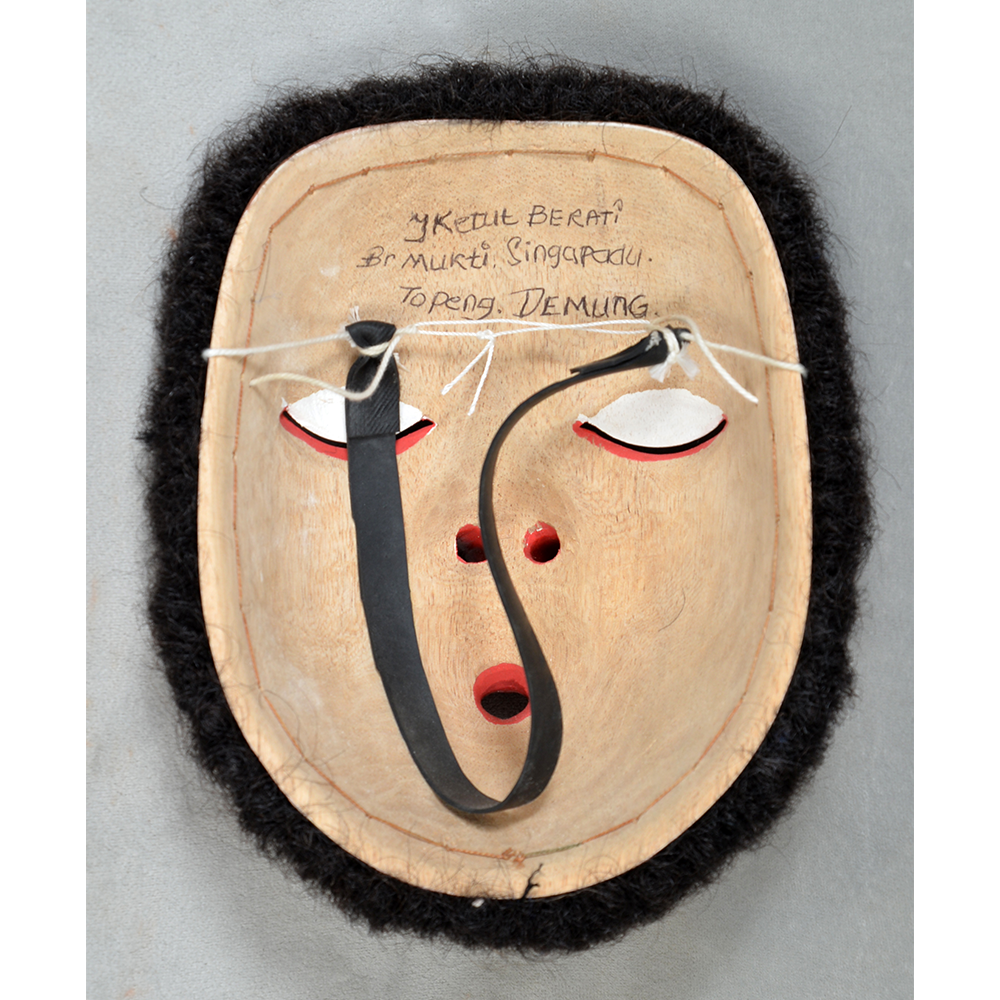 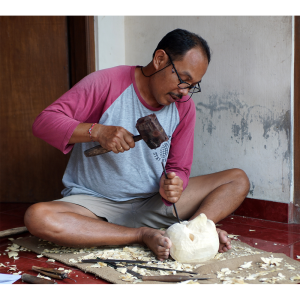 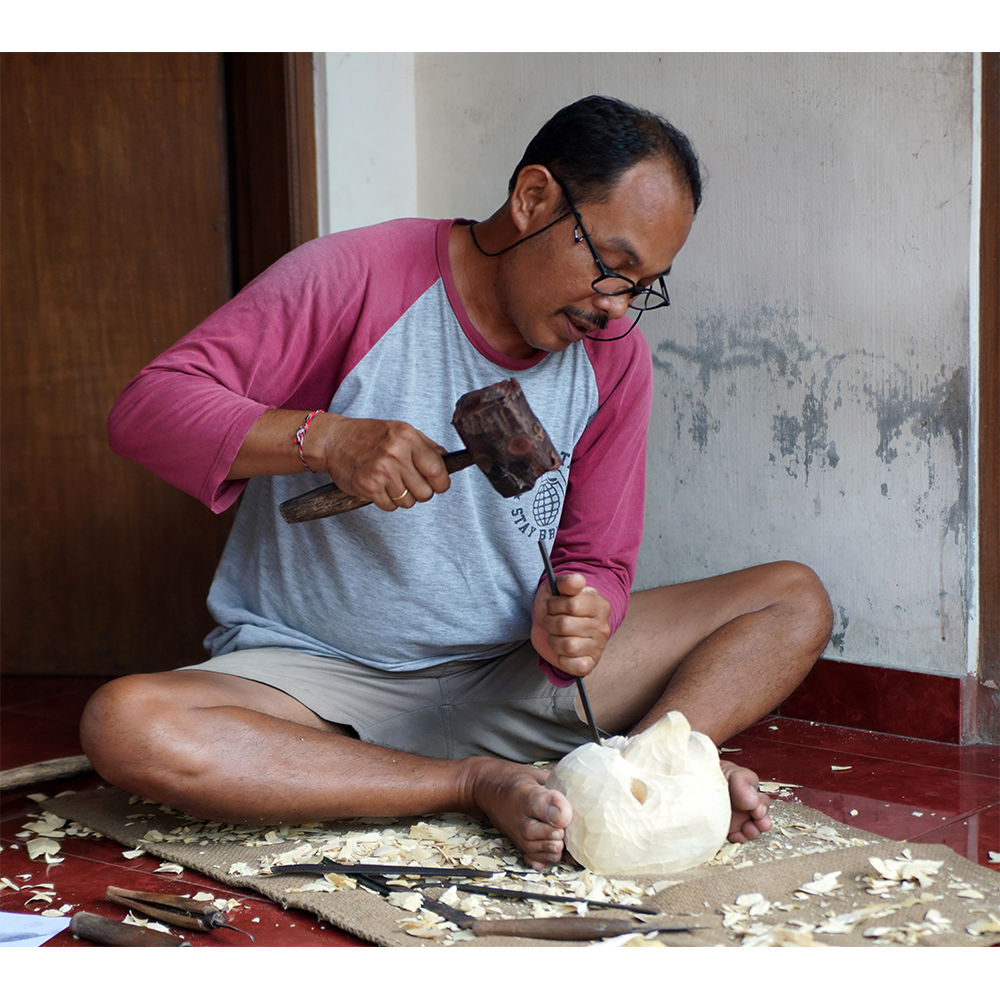 This specific mask represents a character known as Patih Demung. It rarely appears in a Topeng dance drama and represents a harebrained court official. It was carved and painted by the master craftsman I. Ketut Berati.