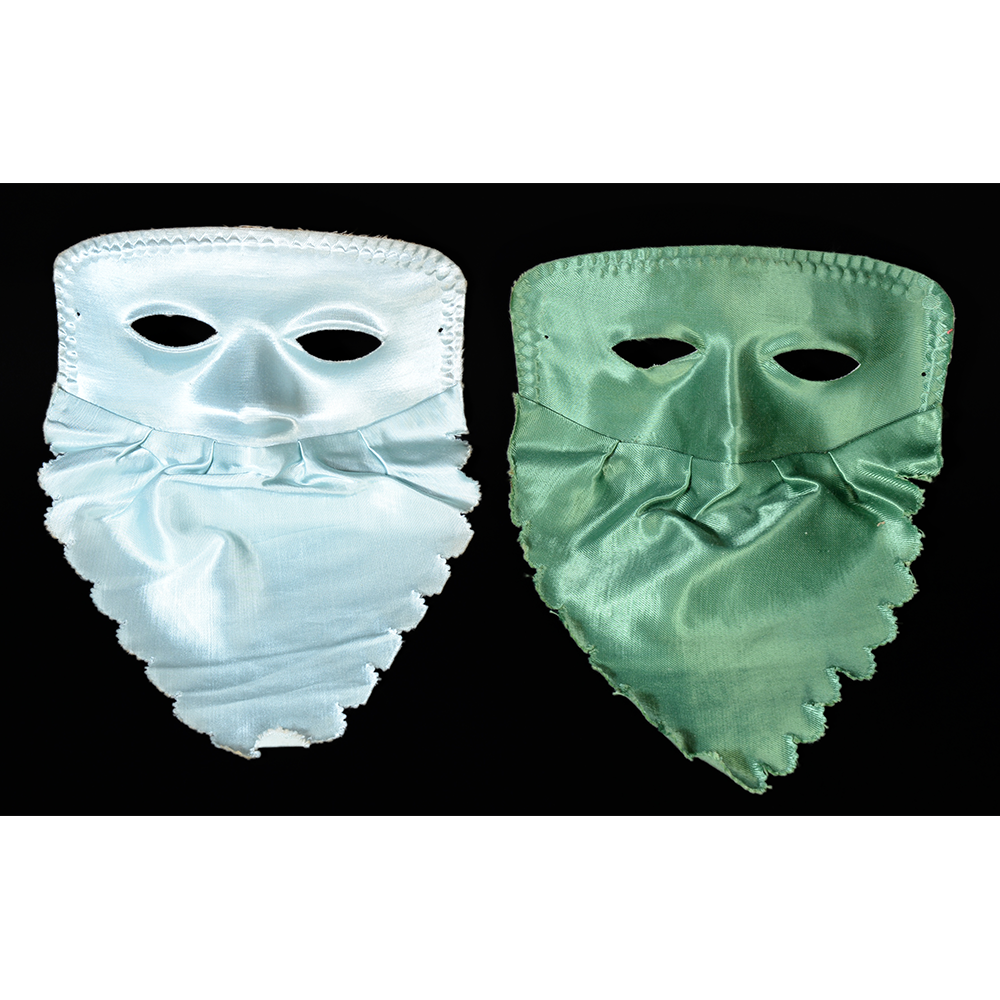 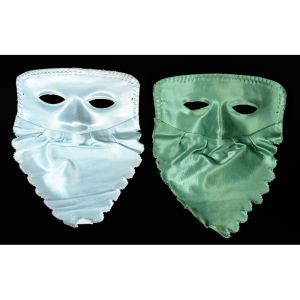 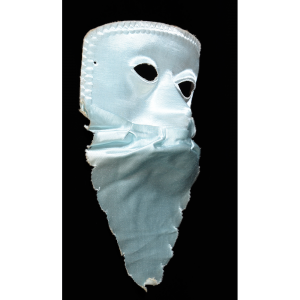 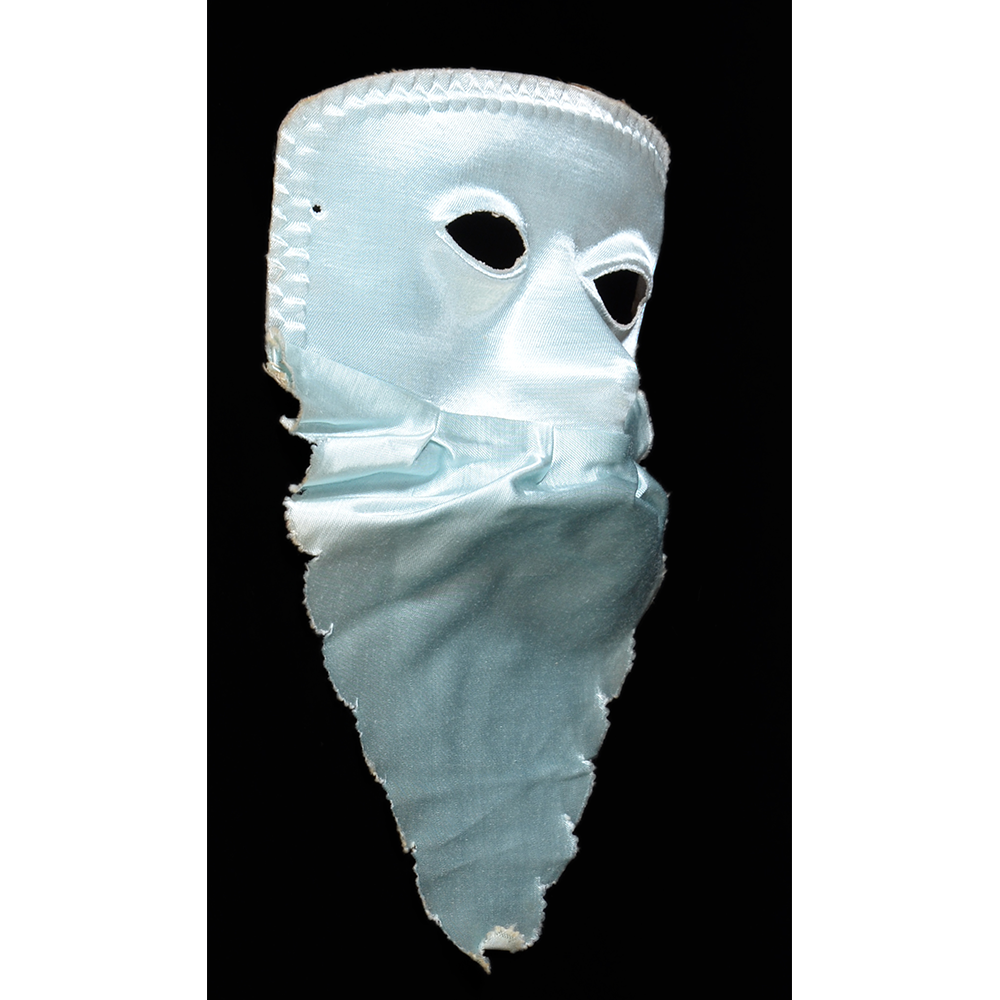 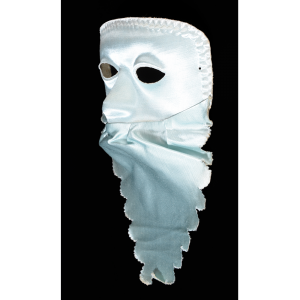 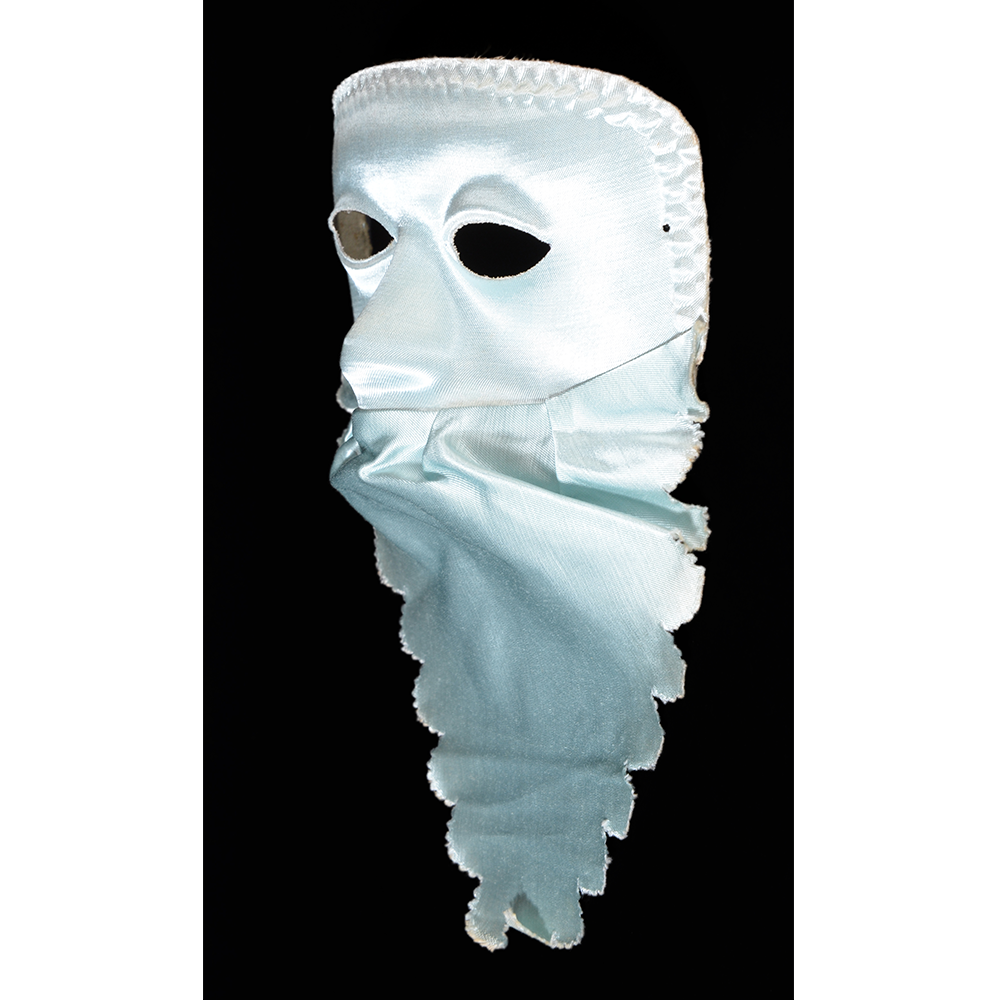 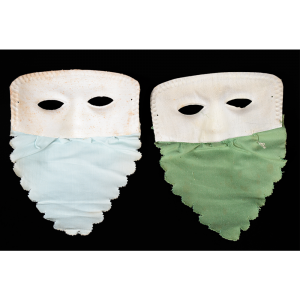 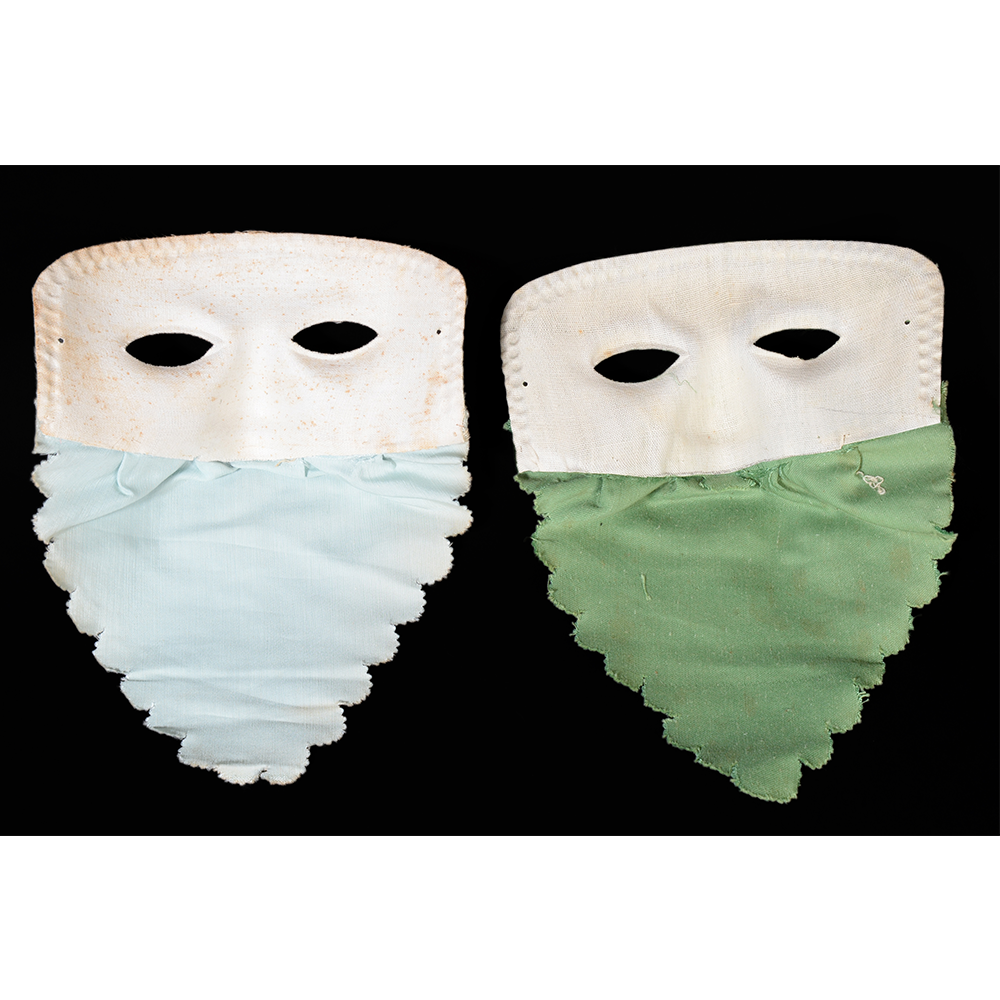 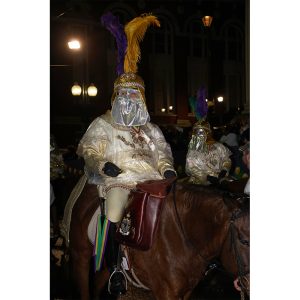 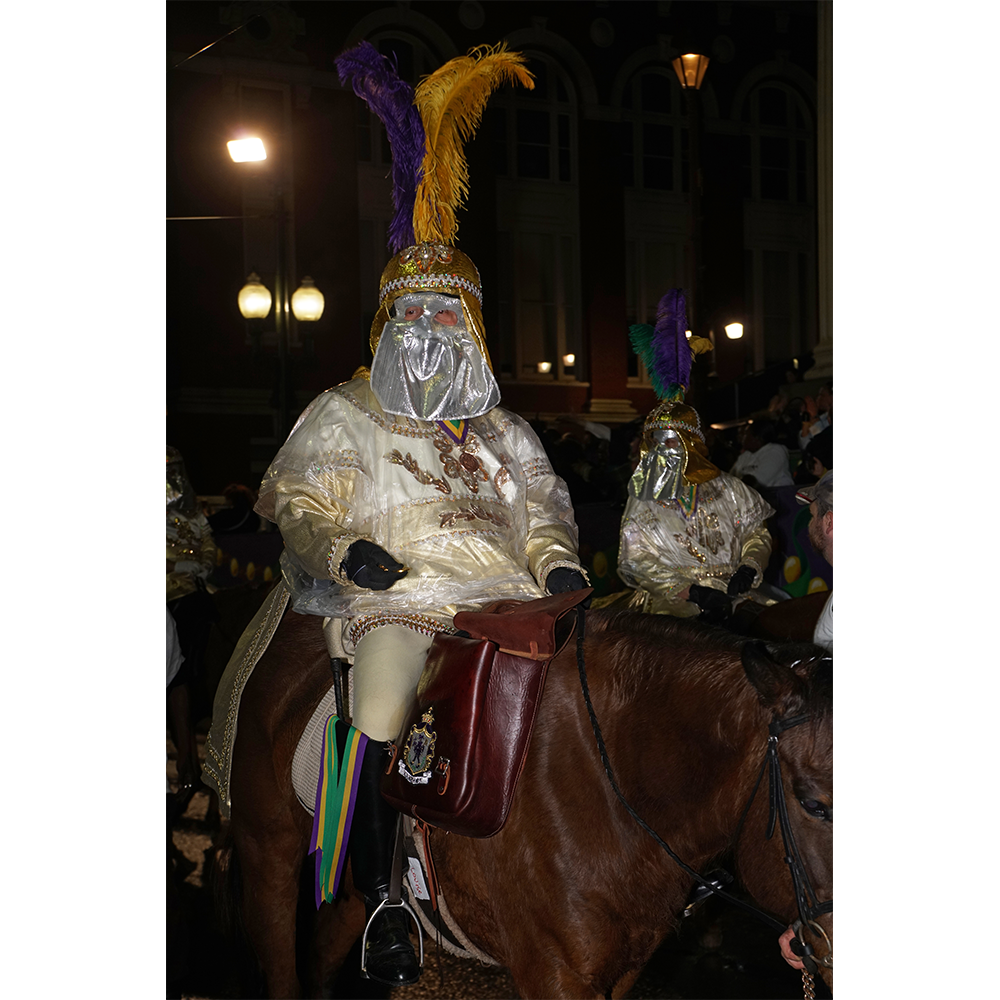 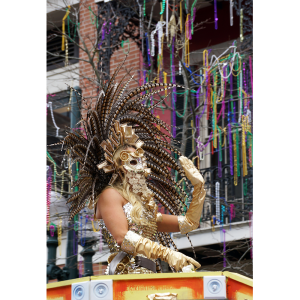 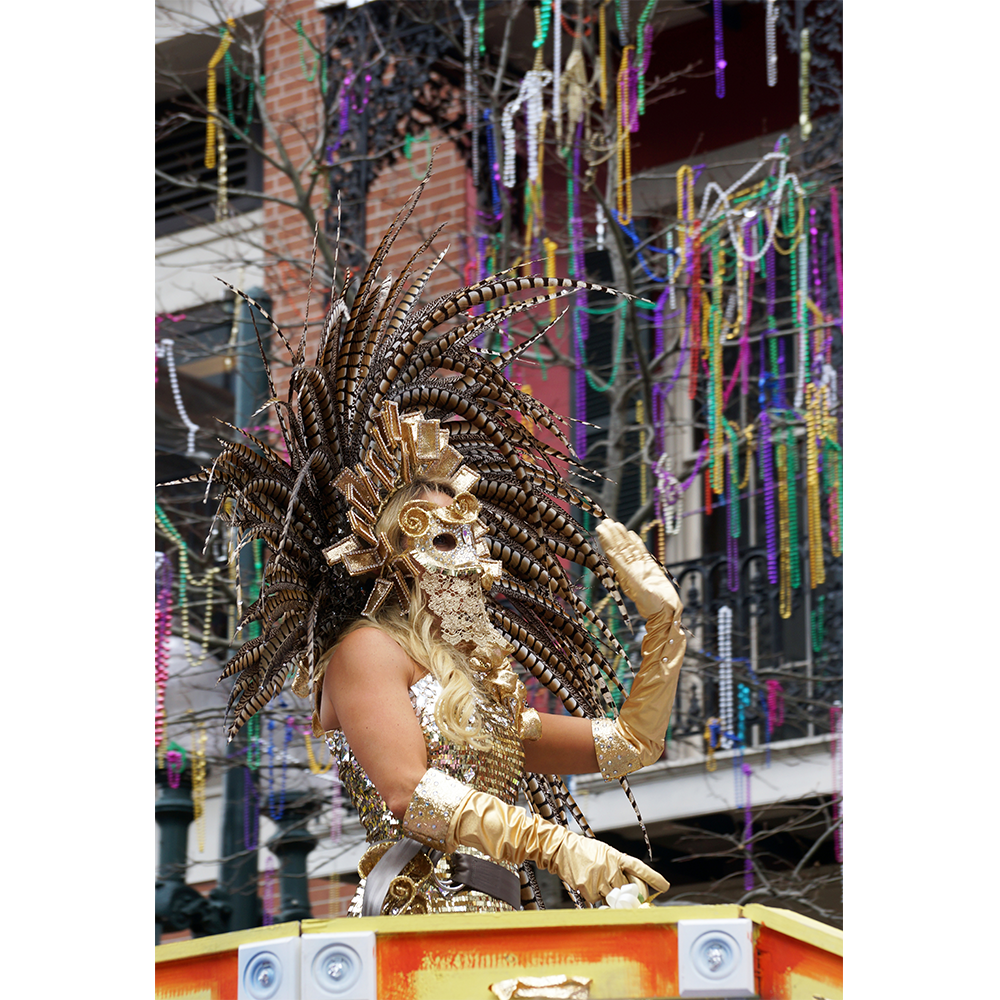 These masks are the kind normally worn by officers of the krewe who are charged with organizing the parade every year.  Among the older krewes, the officers ride horses, wearing elaborate headdresses with feathers.  The mask they wear is nearly always a cloth “domino” type mask with a veil over the mouth to allow relatively unimpeded talking and drinking. Other participants, such as float riders and celebrities, may wear similar masks.

In modern times, the masks are usually more elaborately decorated that these, which date from the 1950s.