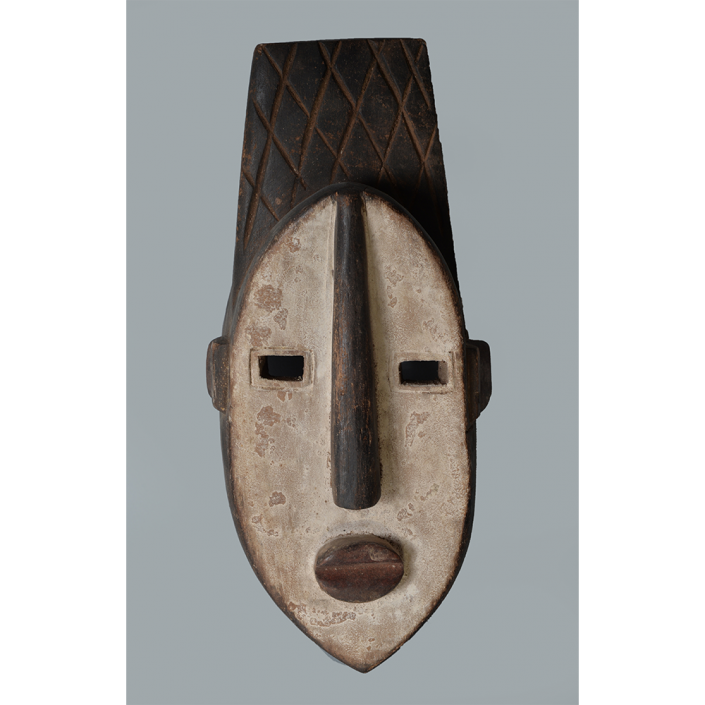 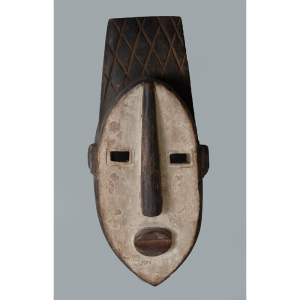 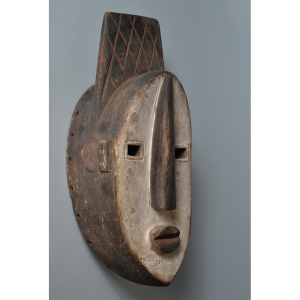 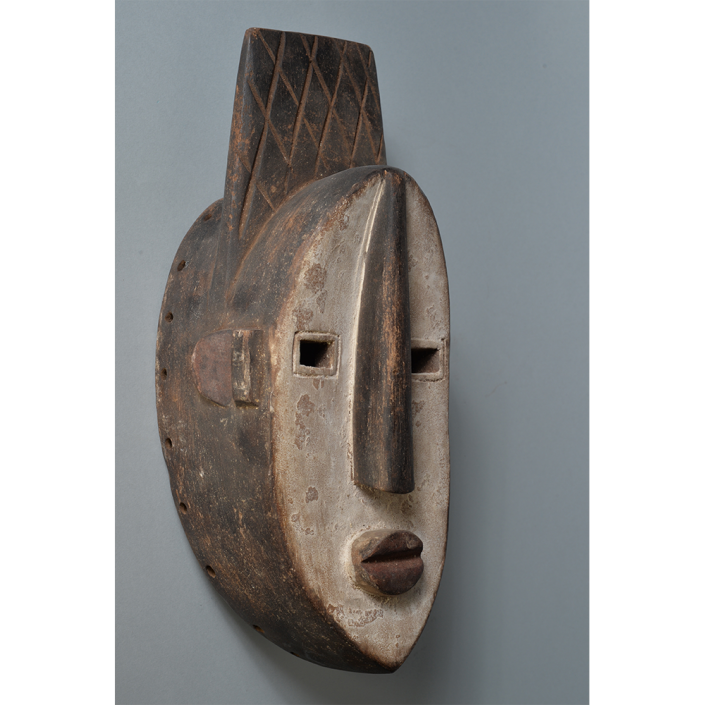 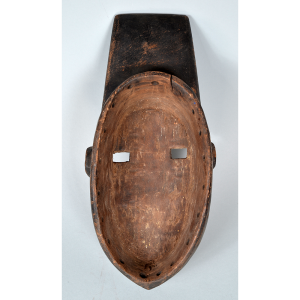 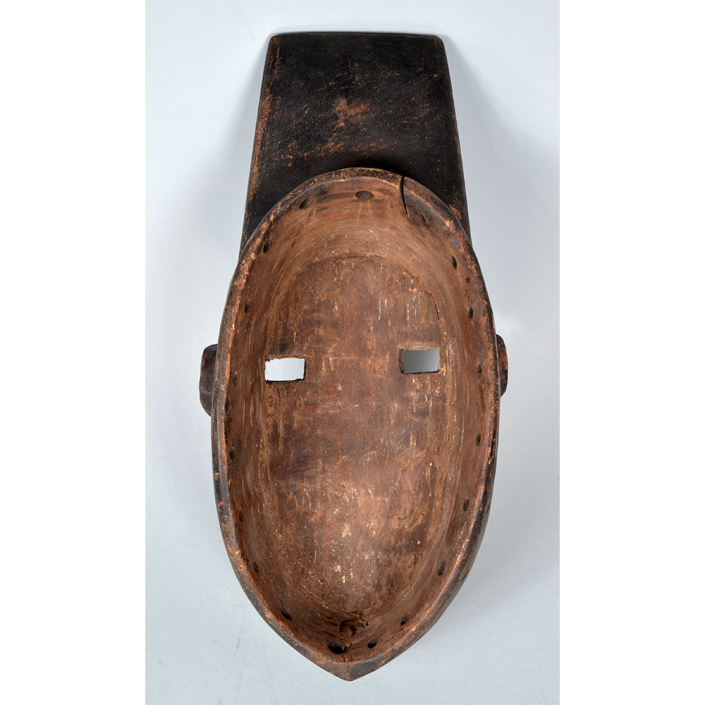 The Mahongwe people are a small subgroup belonging to the Bakota ethnic group and inhabit the northeastern part of Gabon on the border of the Democratic Republic of Congo. Their animistic religion, bwete, is based on ancestor worship. Their masks are very rare, but they are believed to play a role in funerary rituals and adult initiation ceremonies.