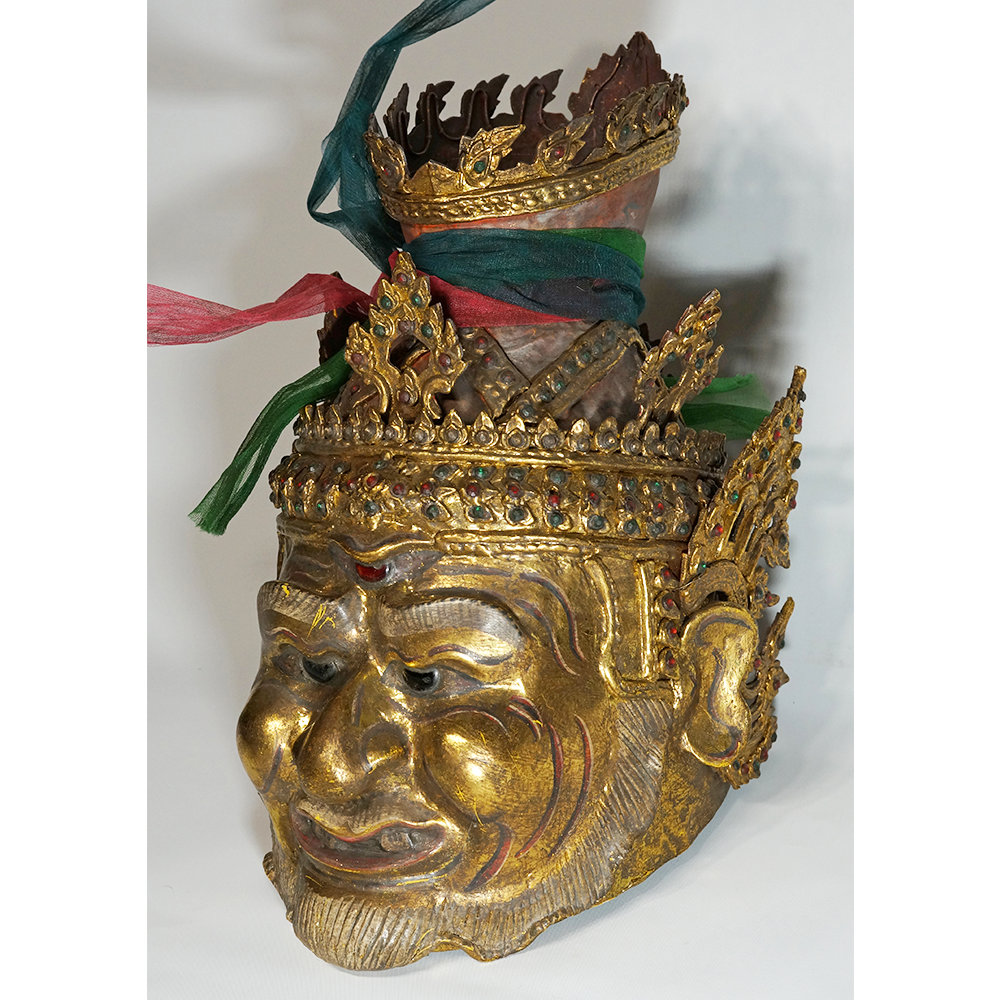 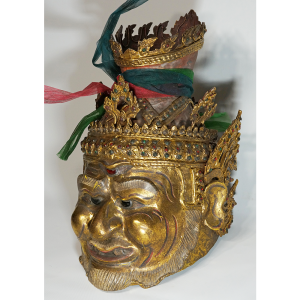 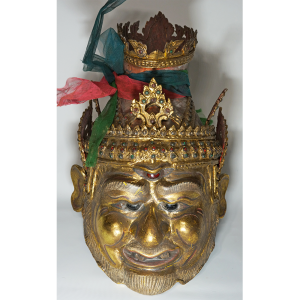 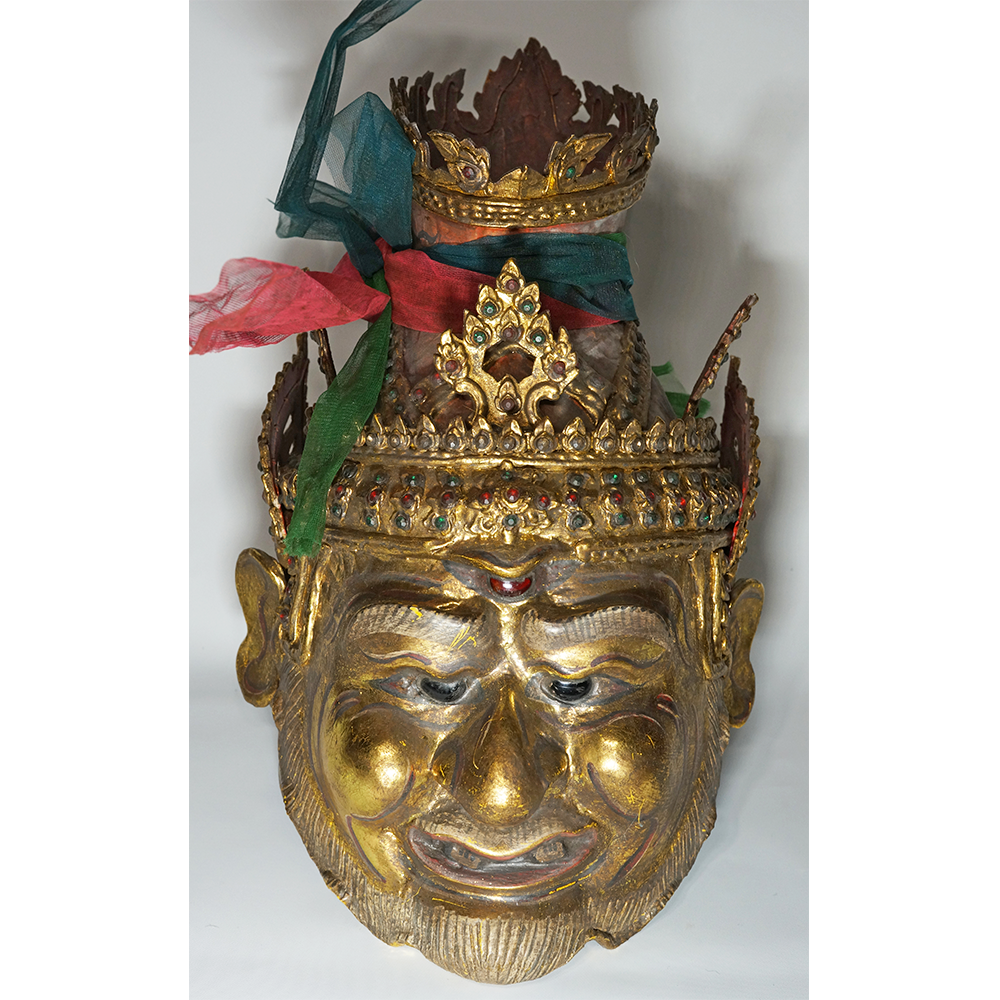 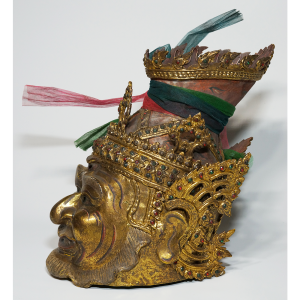 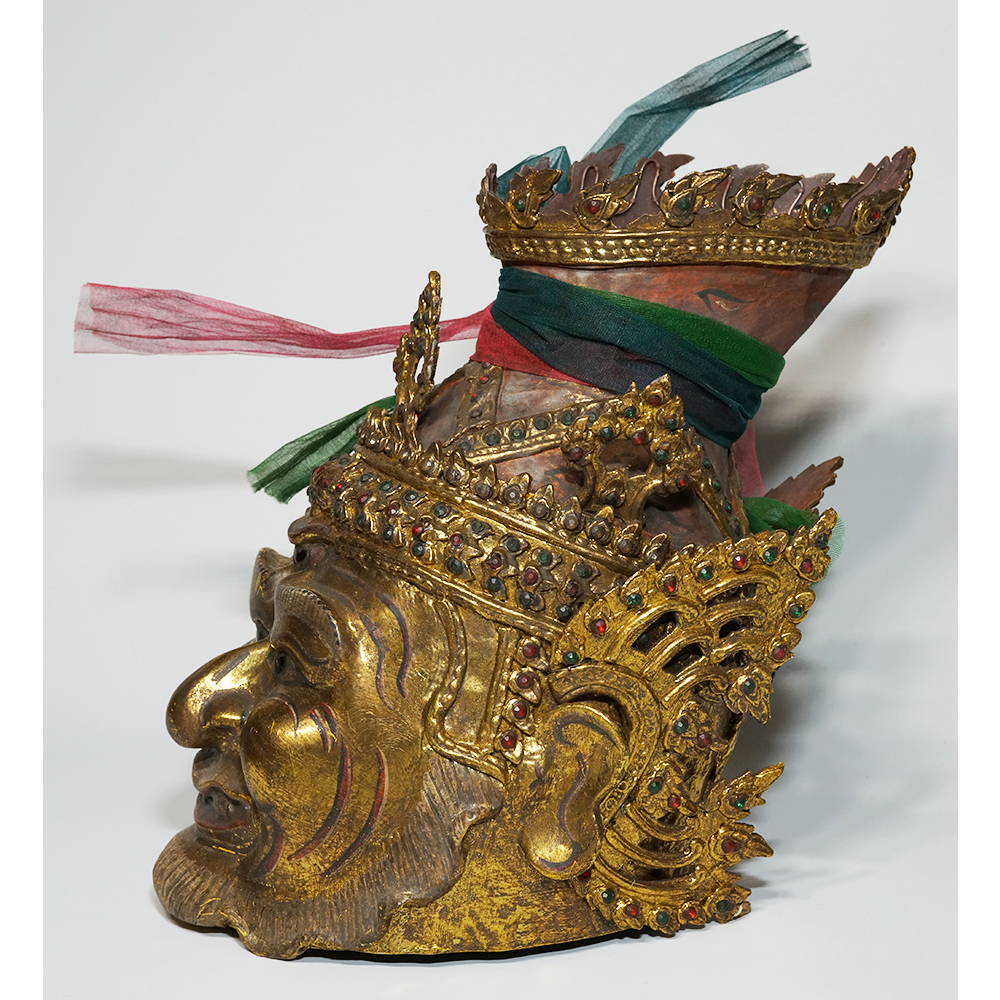 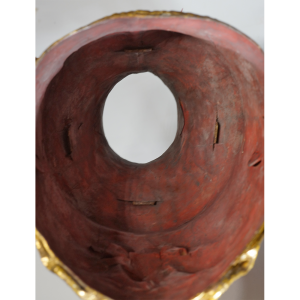 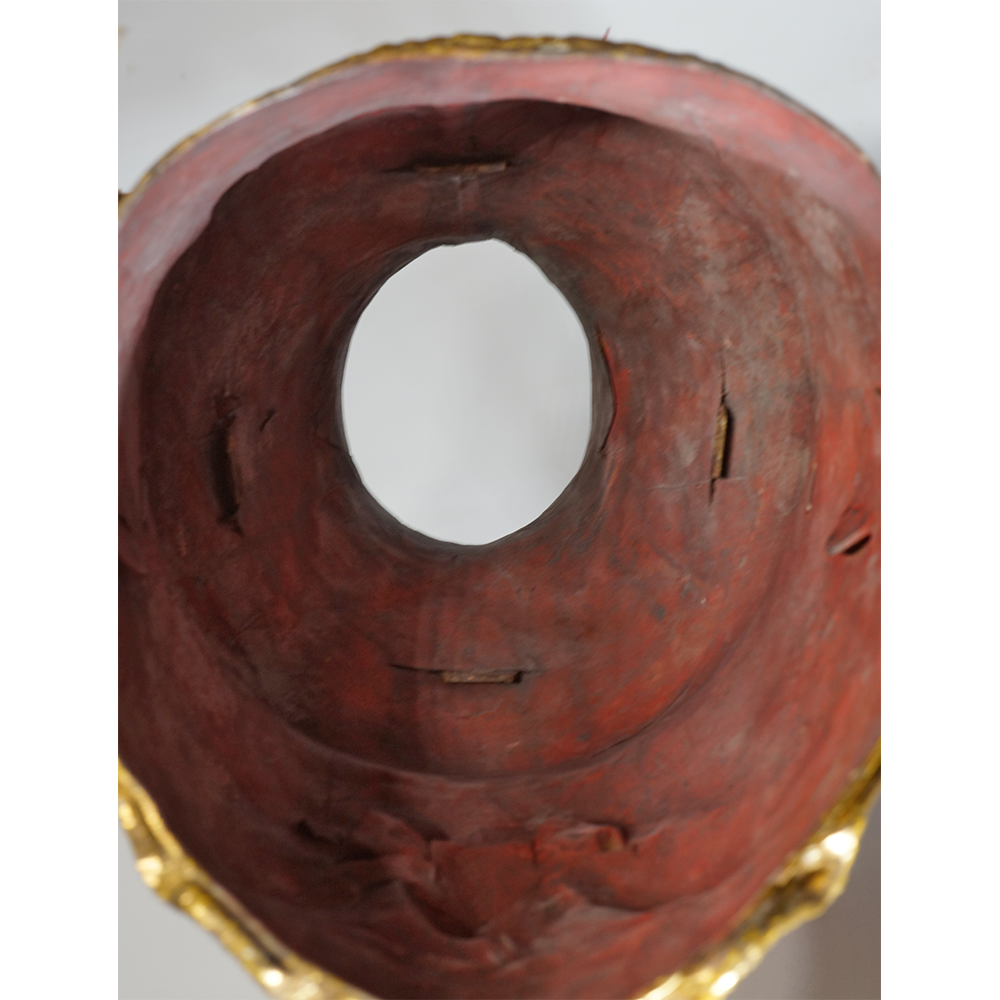 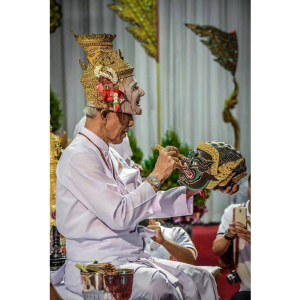 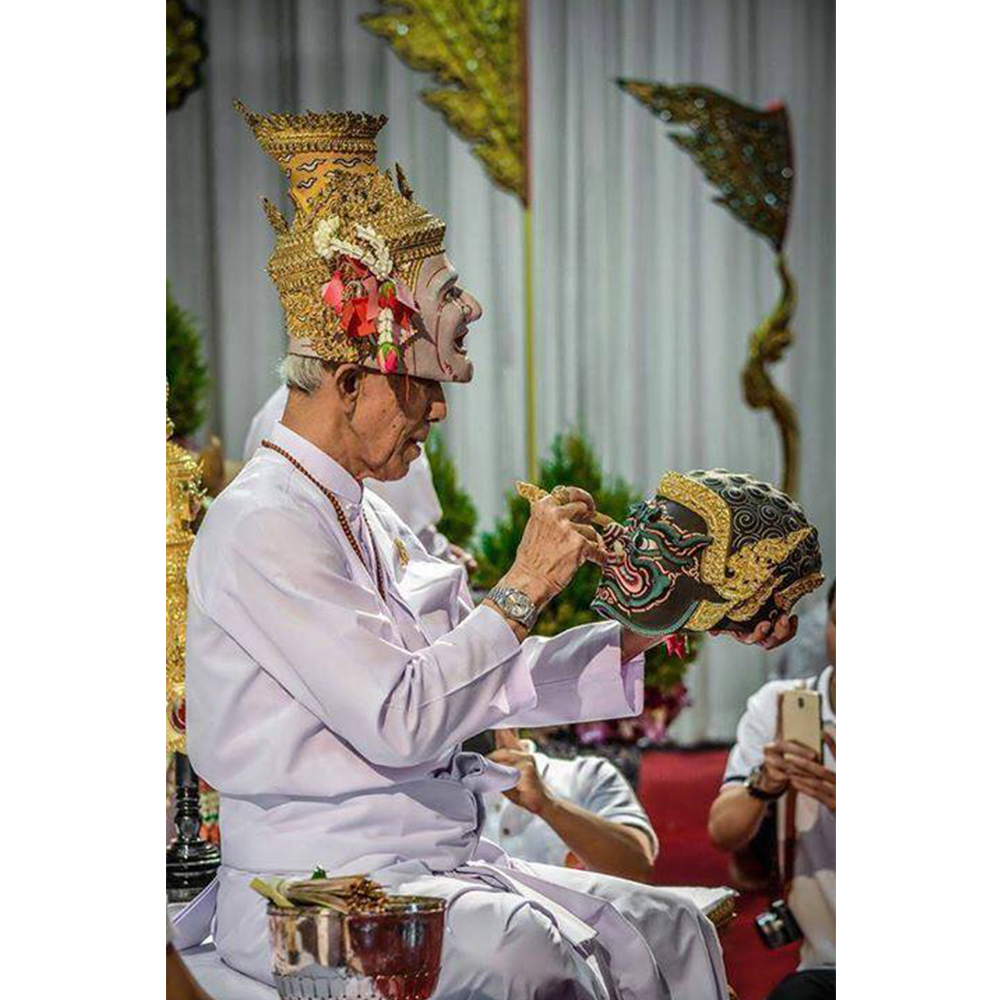 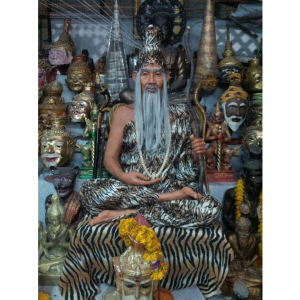 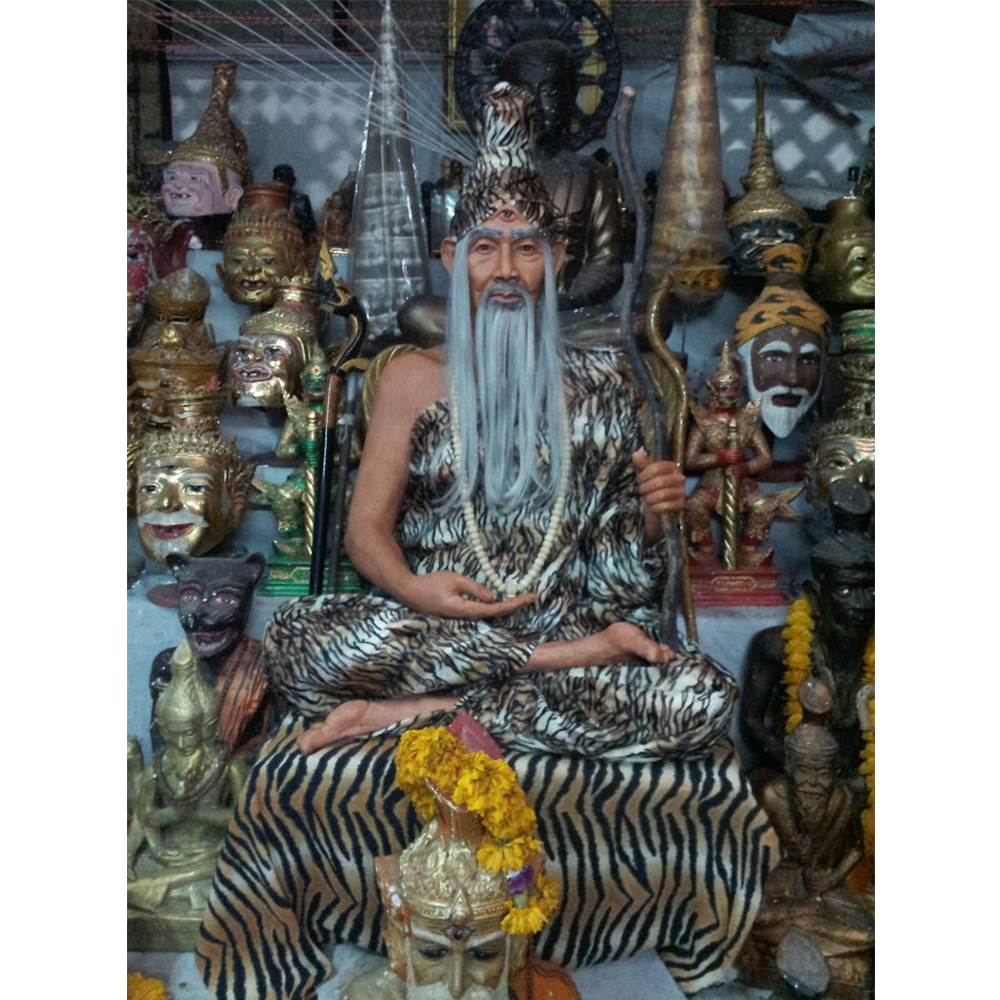 Lersi, a hermit sage, is an adherent of a minority religion in Thailand derived from the Indian Brahmin and Buddhist traditions. The Lersi path is accessible to the laity who wish to dedicate themselves to benevolent spiritual goals. The Lersi believe themselves to acquire supernatural powers, such as healing, levitation, teleportation, pyrokinesis, transmutation of matter, and telepathy through such practices as self-isolation, meditation, and training.

The mask is used in the Korb Siam Kru ceremony as a blessing and purification, to drive away evil spirits.  It is also used in the Wai Kru ceremony to transmit Buddhist merit from the giver to the receiver.  In all cases, the mask is worn on top of the heard as a crest, rather than over the eyes like a helmet.

Lersi masks take many forms, including Brahmin gods and animal spirits.  This specific mask represents Pra Lersi Tai Fa, an incarnation of the Hindu god Shiva, who has a third eye that burns all it gazes upon (although, in the strict Brahmin tradition, Shiva has no incarnations). The ribbons indicate it was used in a Wai Kru ceremony.