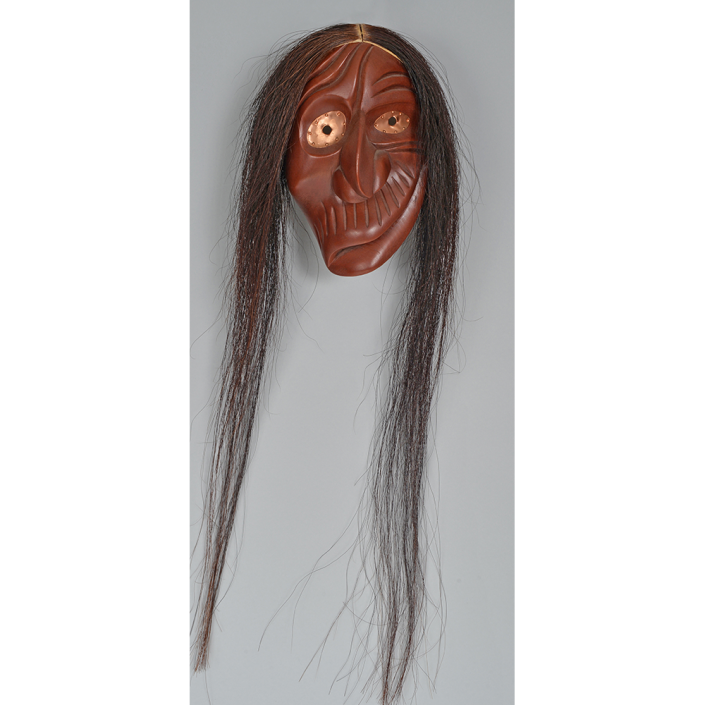 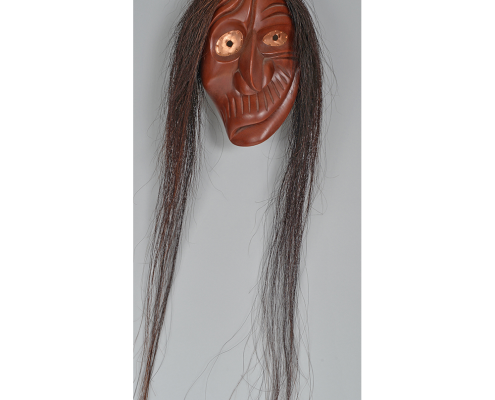 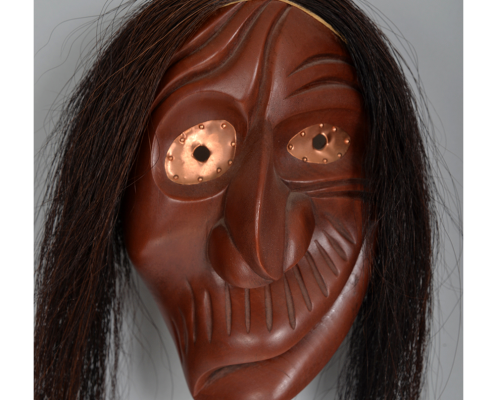 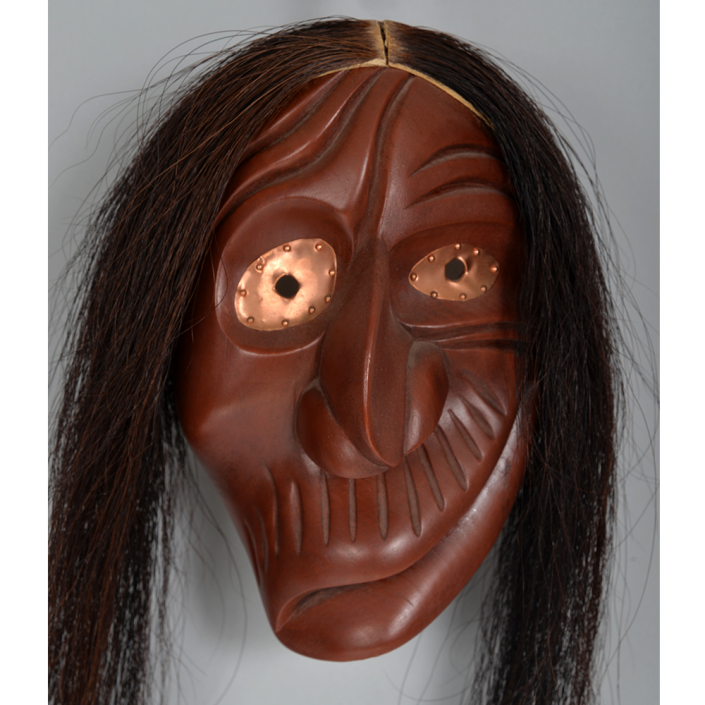 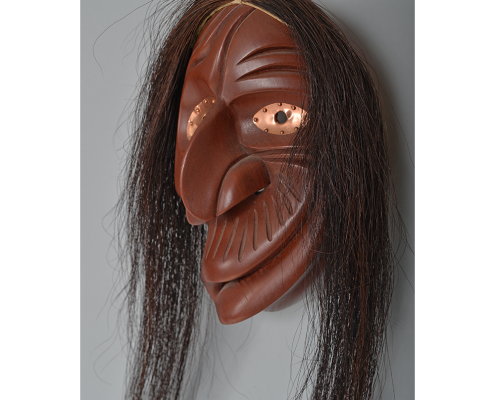 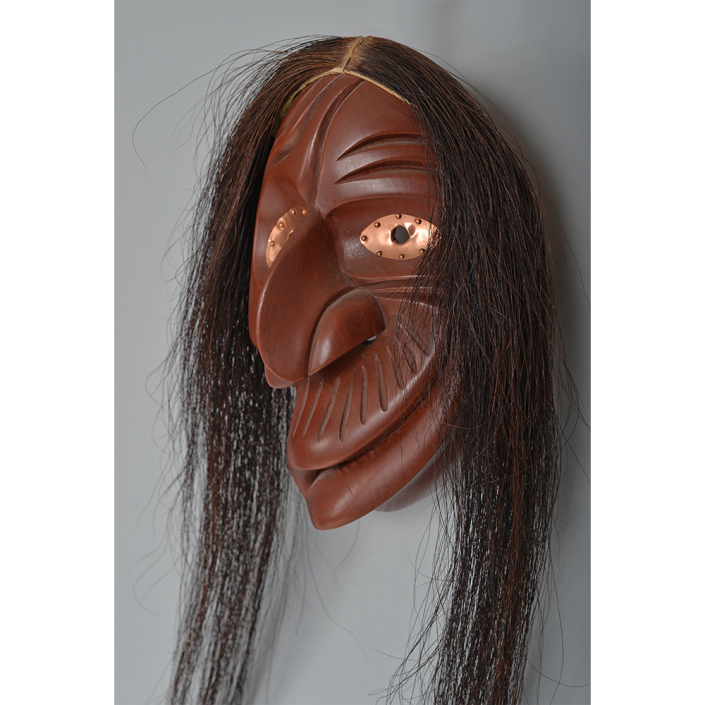 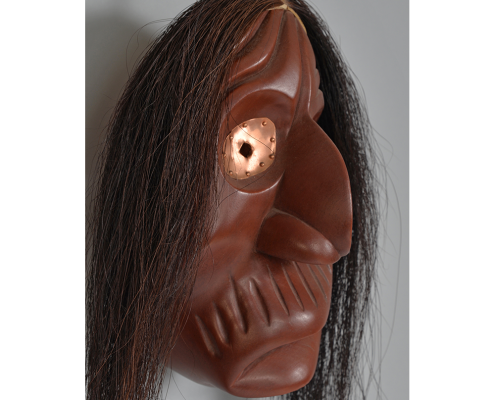 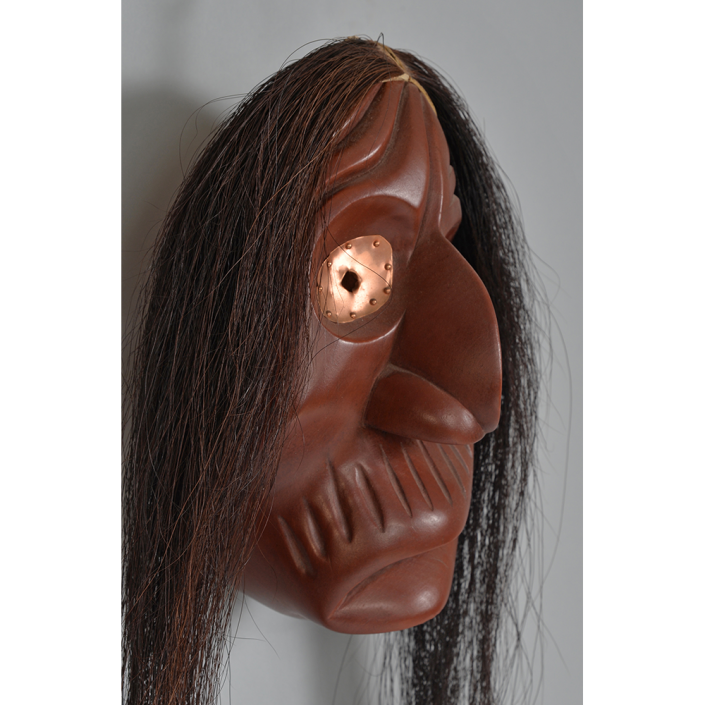 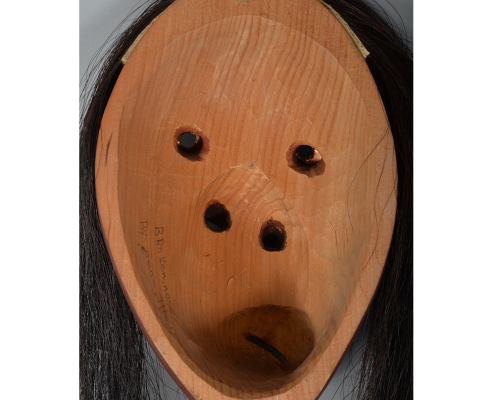 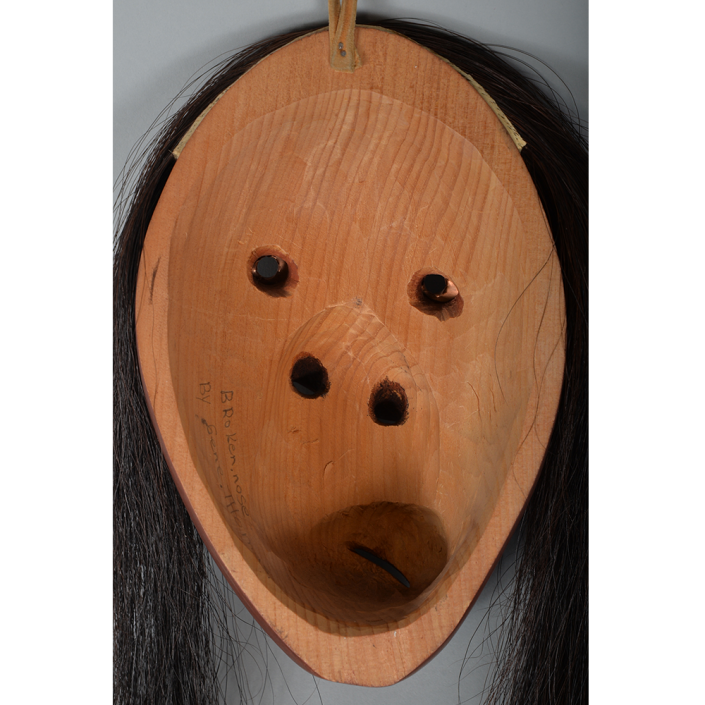 Most Iroquois nations, including the Onandaga, had three medicine societies, one of which was the False Face Society.  It is probably no longer a secret society, because although its membership is limited to initiates who have been cured by the Society or had an important dream, most persons in modern Iroquois communities are apparently aware of the Society’s membership.

Among the important rituals of the False Face Society are village purification of diseases, the healing of sick persons, and facilitation of dream fulfillment during the midwinter festival. The masks worn by the Society take a variety of forms, mostly with blowing lips to blow healing ashes on a sick patient.  The copper eyes convey the spirituality of the mask.