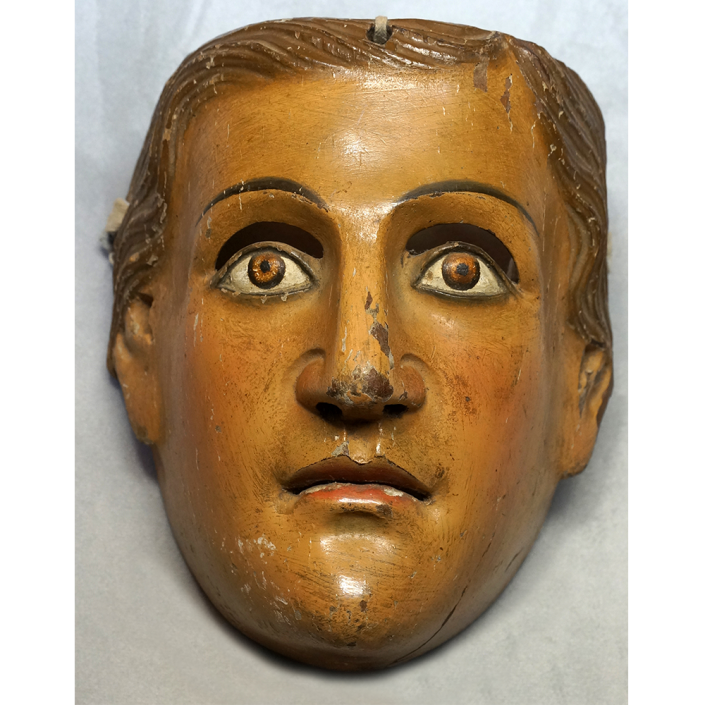 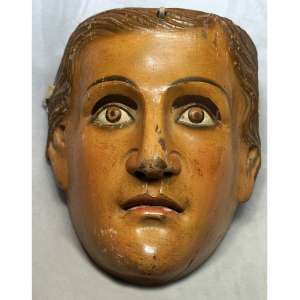 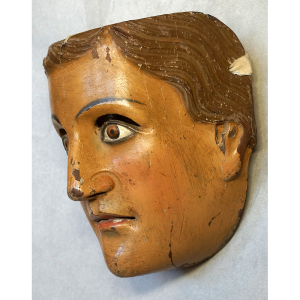 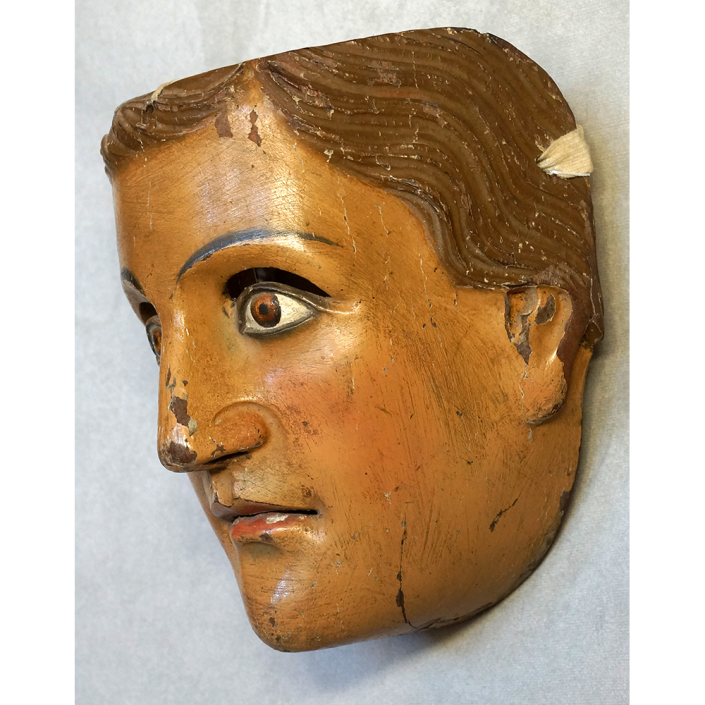 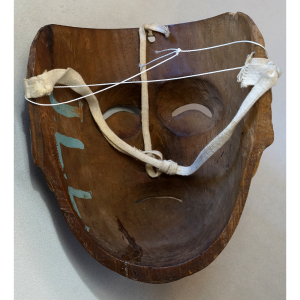 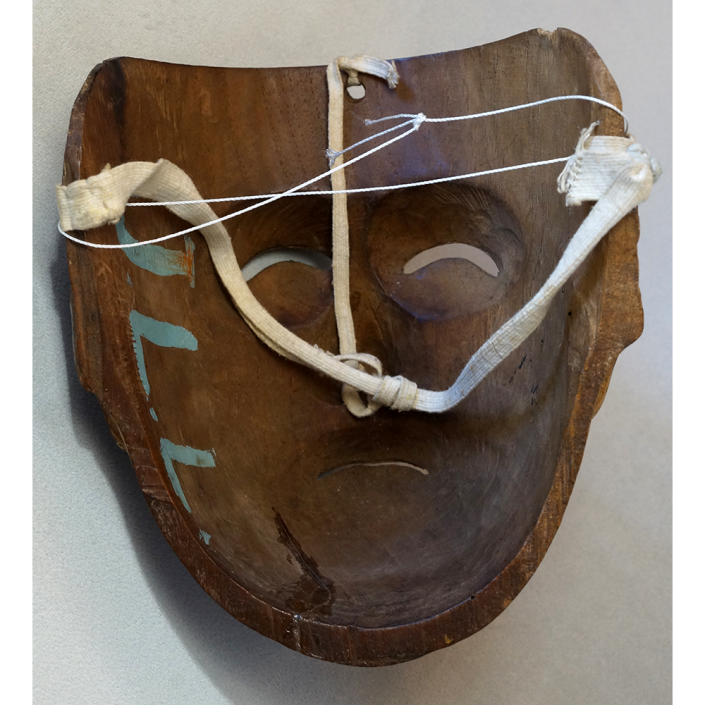 Huehue means village elder.  The Danza de los Huehues predates the Spanish conquest and is believed to have begun around Day of the Dead, when village elders helped the widows to find shelter after their husbands died in battle.  Some believe the dance originated in Tlaxcala or Huasteca and spread to Puebla.  The Devil is a character added by way of Catholic influence; he is charged with harassing the dancers and audience during the performance.

Most huehue masks are male, but some female huehues such as this one are danced as well.  The dance is typically held in late June, in honor of a patron saint.

This mask was carved by a master sculptor and used for many years. One former owner so prized the mask that he painted his initials, J.L.L., on the inside.