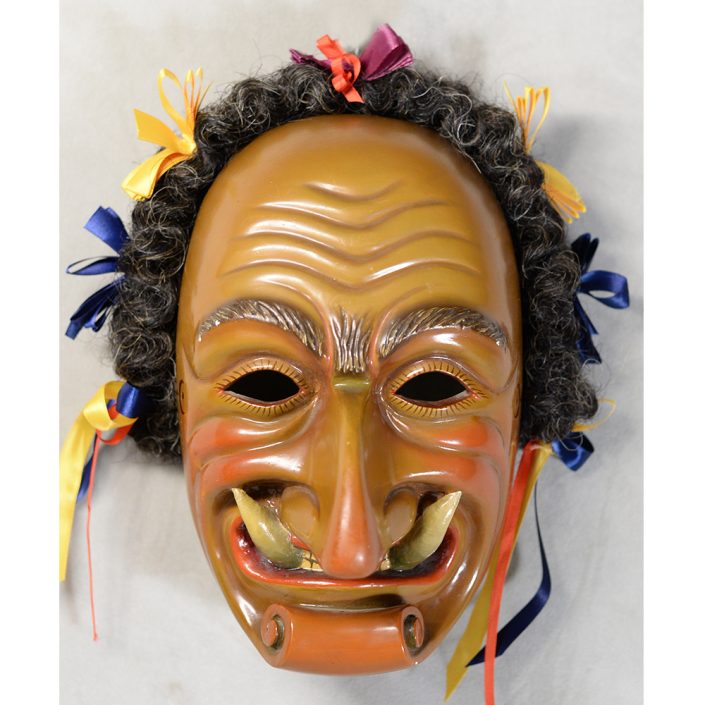 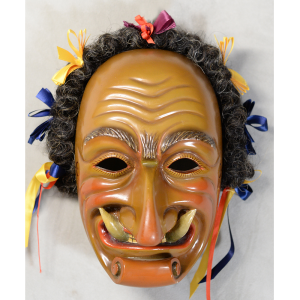 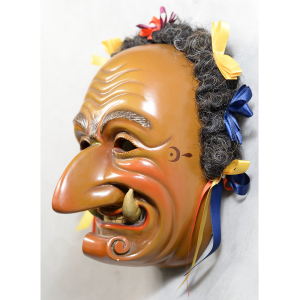 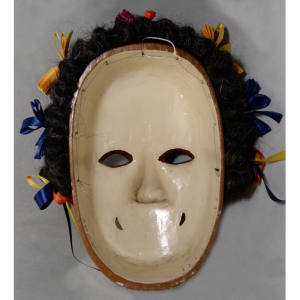 Carnival in Rottweil extends back at least to the 16th century, and the Federahannes, or “Feather Jack,” is a longstanding character in the Fasnet of Rottweil. They appear in white shirts and gloves; a wool jacket and pants in brown, red, blue, and green motley; and a black bow tie. The Federahannes also wears a black horsehair wig (Rosshaarkranz) with ribbons to satirize vanity, with a black tricorn hat. The pants and jacket are covered in goose feathers (hence the name), and he has a pair of ornamental goose wings. The Federahannes carries a 2-meter vaulting pole that he uses to jump around acrobatically, apparently conveying the idea that the fool believes that by wearing bird feathers, he can fly.