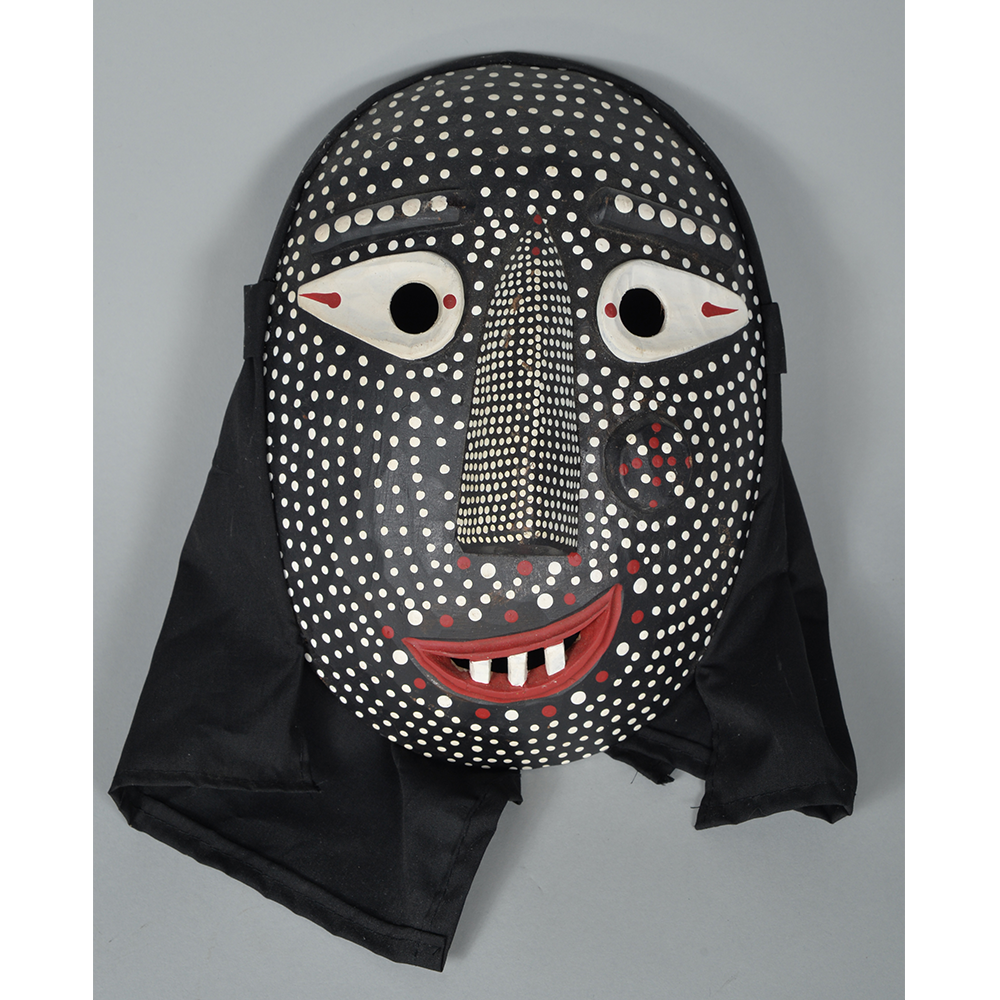 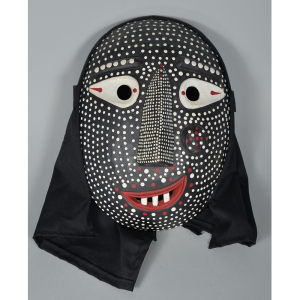 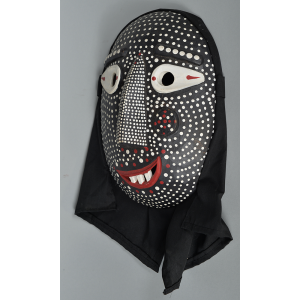 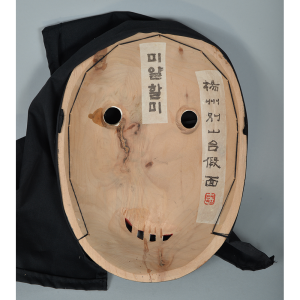 Sandae noli is a type of masking tradition from the Gyeonggi region near Seoul, Korea. It was traditionally performed on seasonal holidays as part of an annual village festival. The drama is accompanied by music played on a small samhyeon yukgak ensemble, consisting of three aerophones, one chordophone, and two membranophones. The full performance involves dozens of characters in different masks.

This mask represents an old grandmother who has been abandoned by her husband, searched form him, and is finally reunited during the play.  Unfortunately, he now has a younger concubine.