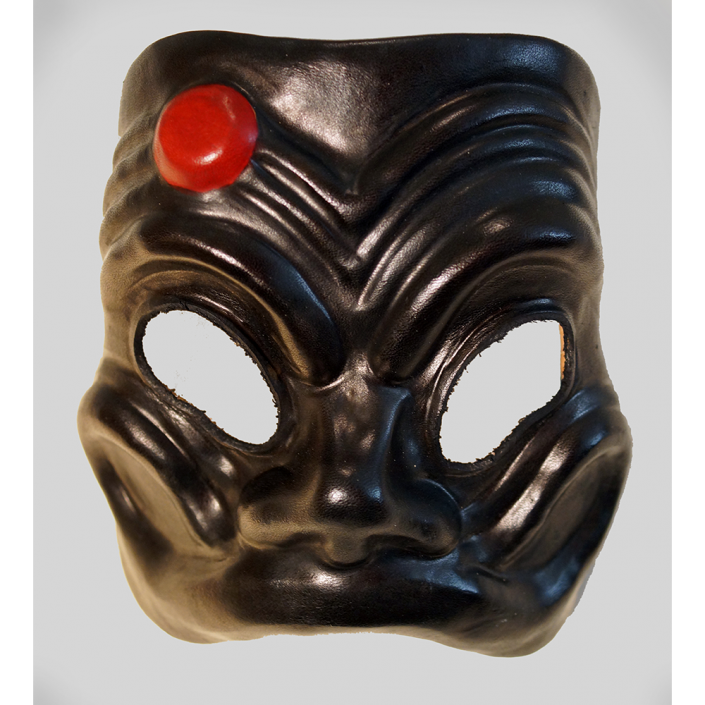 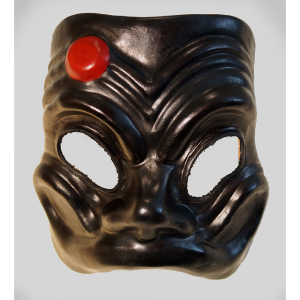 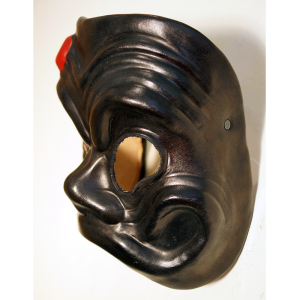 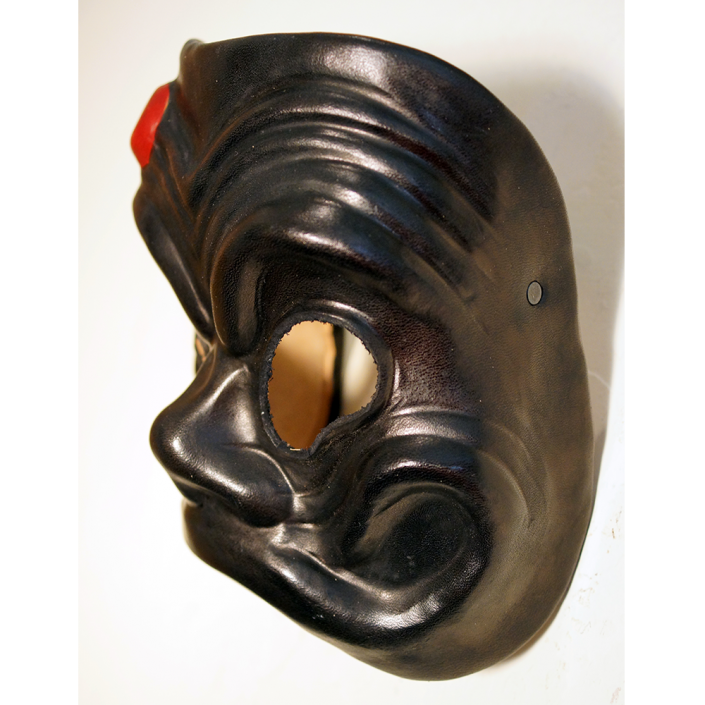 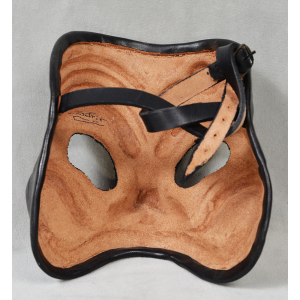 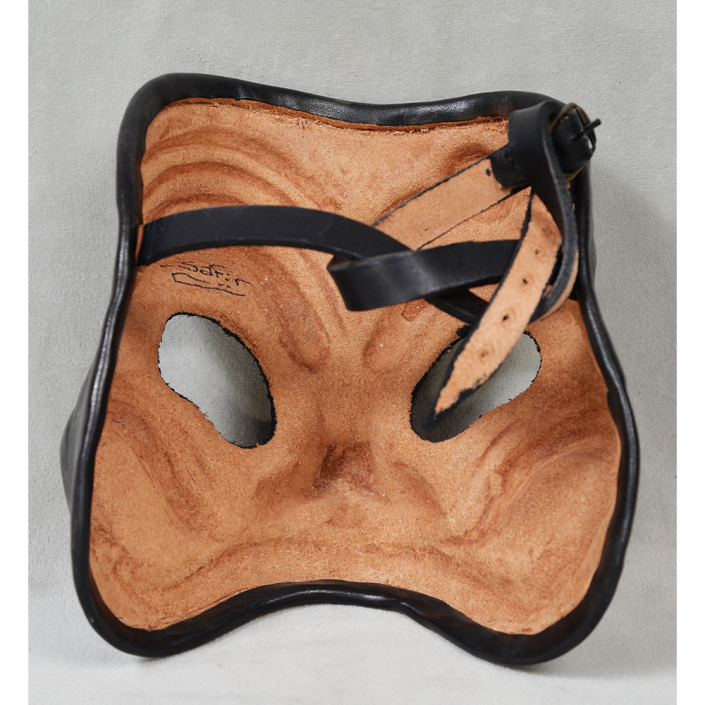 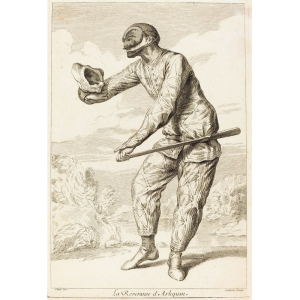 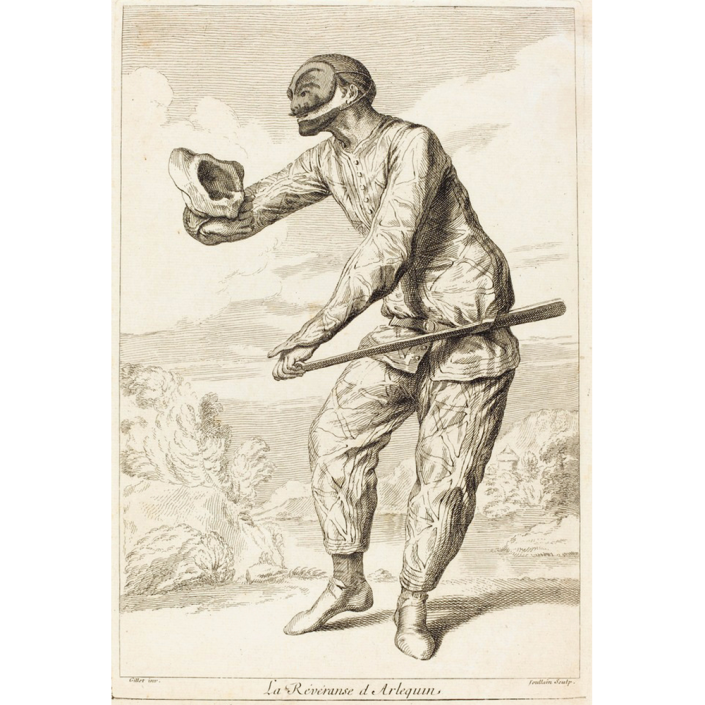 Arlecchino, known in English as Harlequin, was long a popular stock character of the Commedia. His always wears a black half mask with quizzically arched eyebrows and a wrinkled forehead.  Originally, his costume was a peasant’s shirt and long trousers, both covered with patches to indicate poverty.  It later developed into a stylized, tight-fitting suit decorated with colorful triangles and diamond shapes.  Arlecchino also began carrying a batte, or slapstick, at some point.  The character represents a witty and capricious gentleman’s valet, amorous of the serving maids and sometimes clownishly credulous.