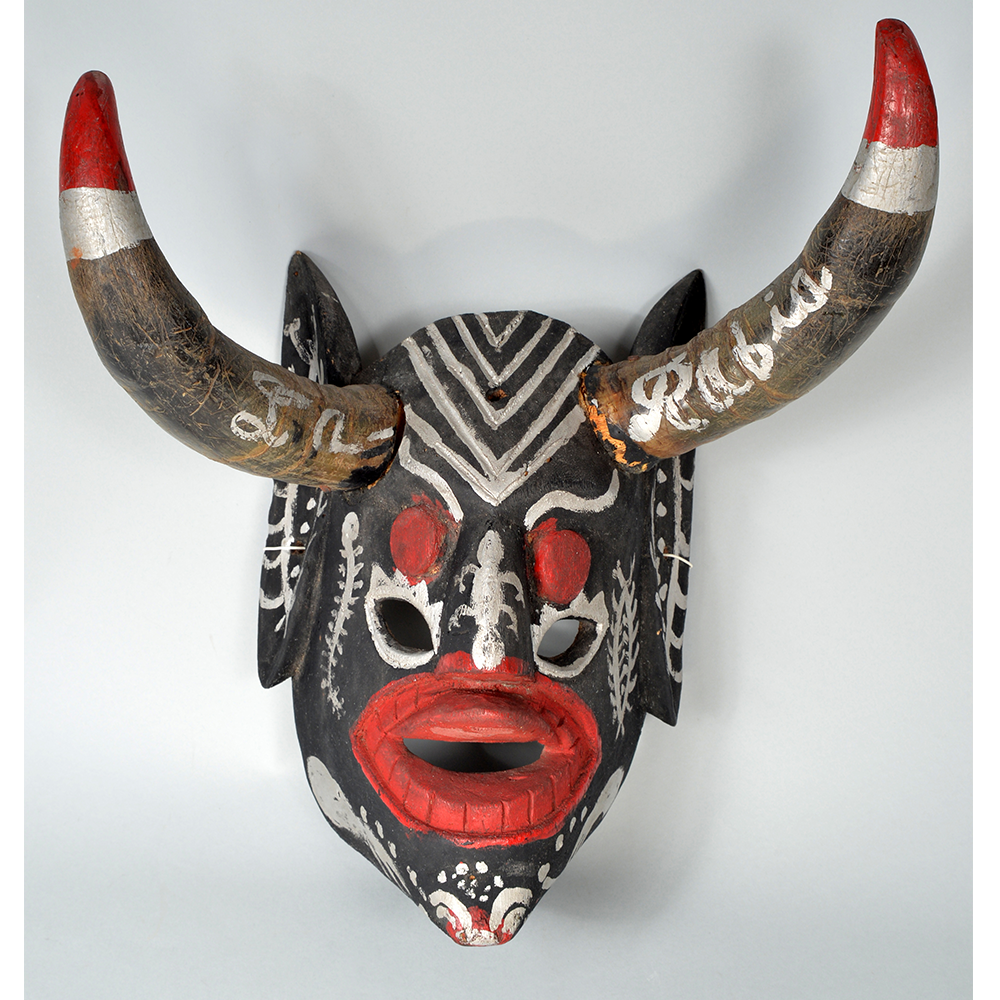 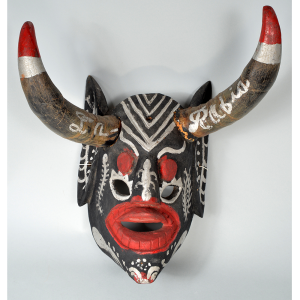 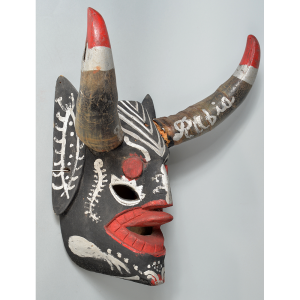 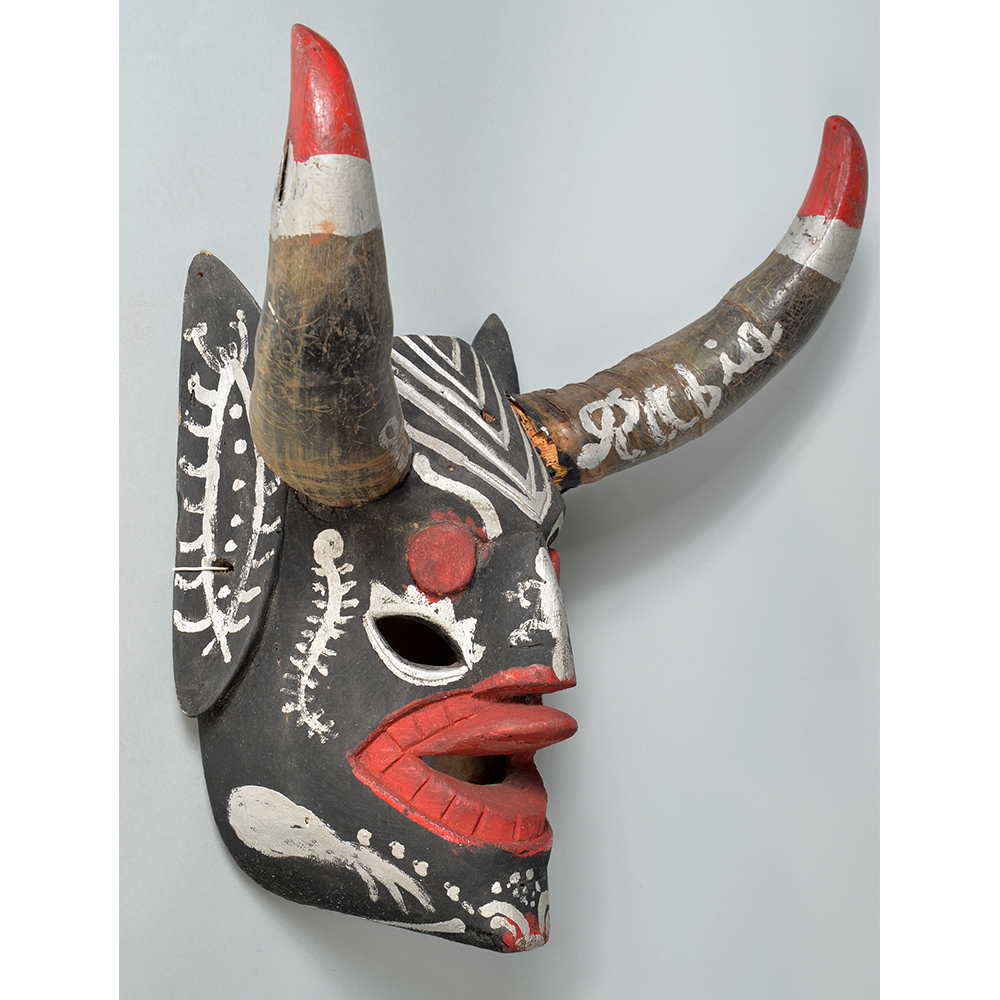 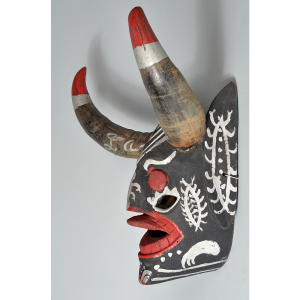 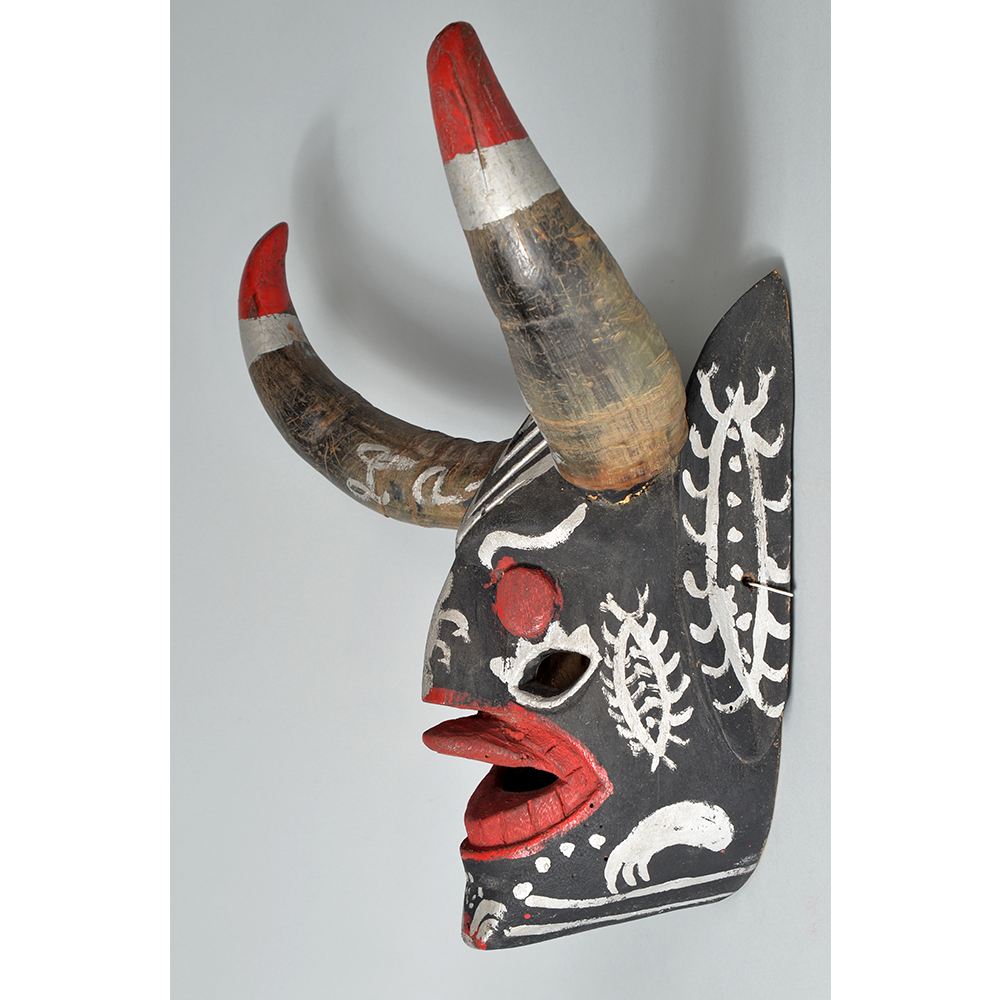 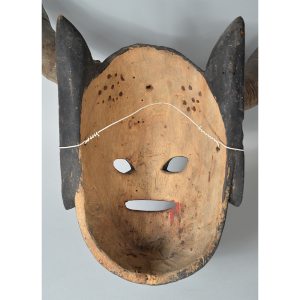 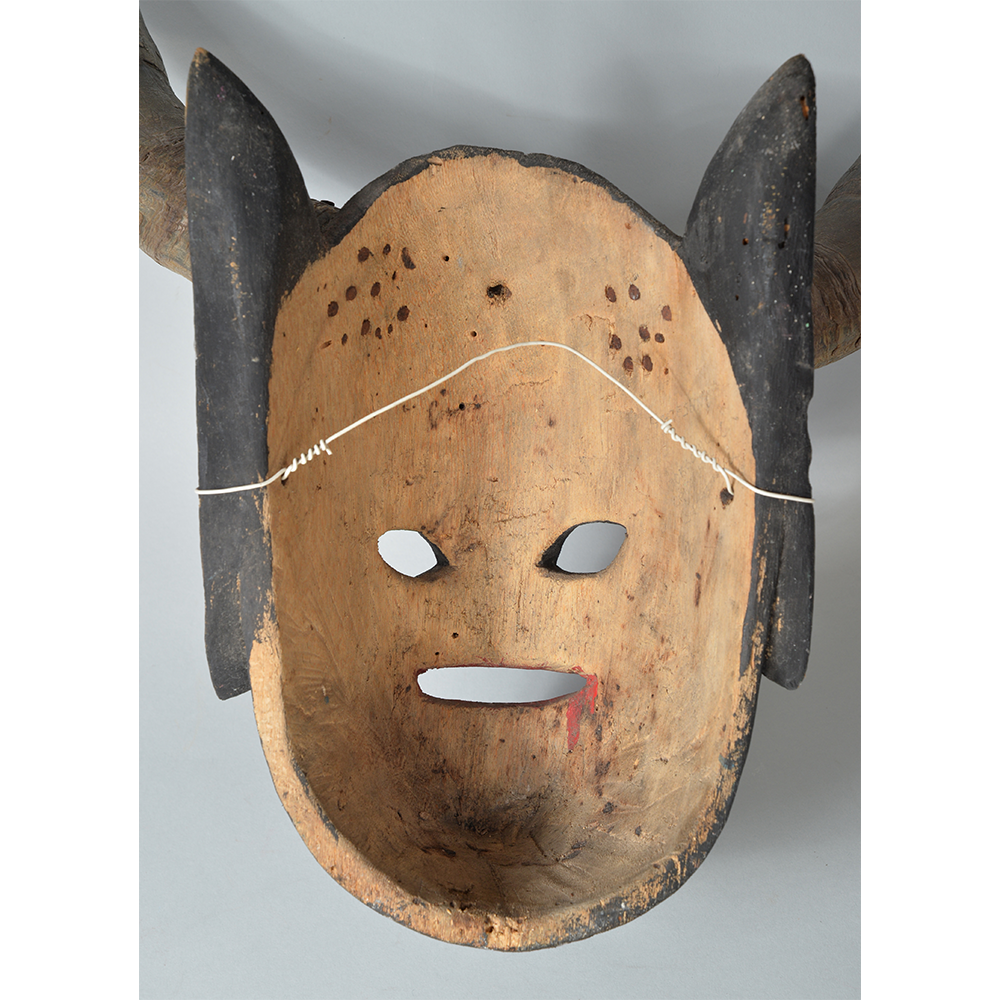 The Pastorela is the ceremonial dance drama in many parts of Mexico, including the small western state of Colima. Pastorelas, performed at Christmas, are primarily religious in significance. The main characters of the Dance of the Shepherds are the Devil and his minions, the Archangel Michael, shepherds, and a hermit (who paradoxically represents the ancestors of the performers).  The drama revolves around the attempts of Lucifer and his demon minions to steal the baby Jesus.  This mask represents one of the devils representing the seven deadly sins, specifically Anger (La Rabia).