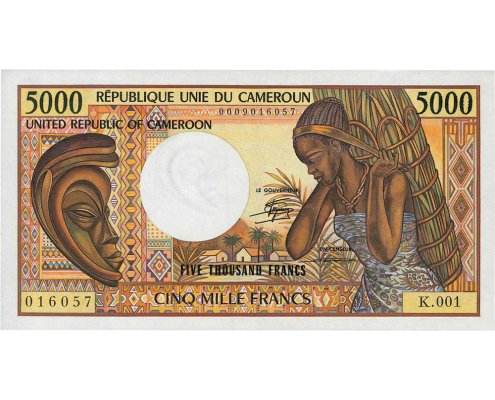 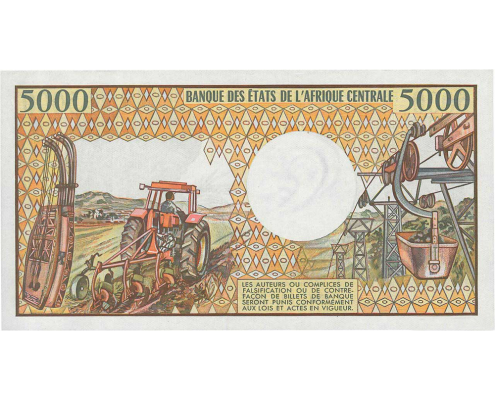 Six countries in central Africa share the same currency, the Central African CFA franc. These countries (Cameroon, the Central African Republic, Chad, Republic of Congo, Equatorial Guinea, and Gabon) each produce banknotes, but the banknotes are pegged at identical value and have a similar appearance. This note, produced by the Central African Economic and Monetary Union in 1981 for Cameroon, depicts a wooden mask of unknown type and a woman carrying palm fronds on the obverse, and on the reverse, it depicts a traditional harp, a tractor plowing a field, and mineral mining conveyor bucket.