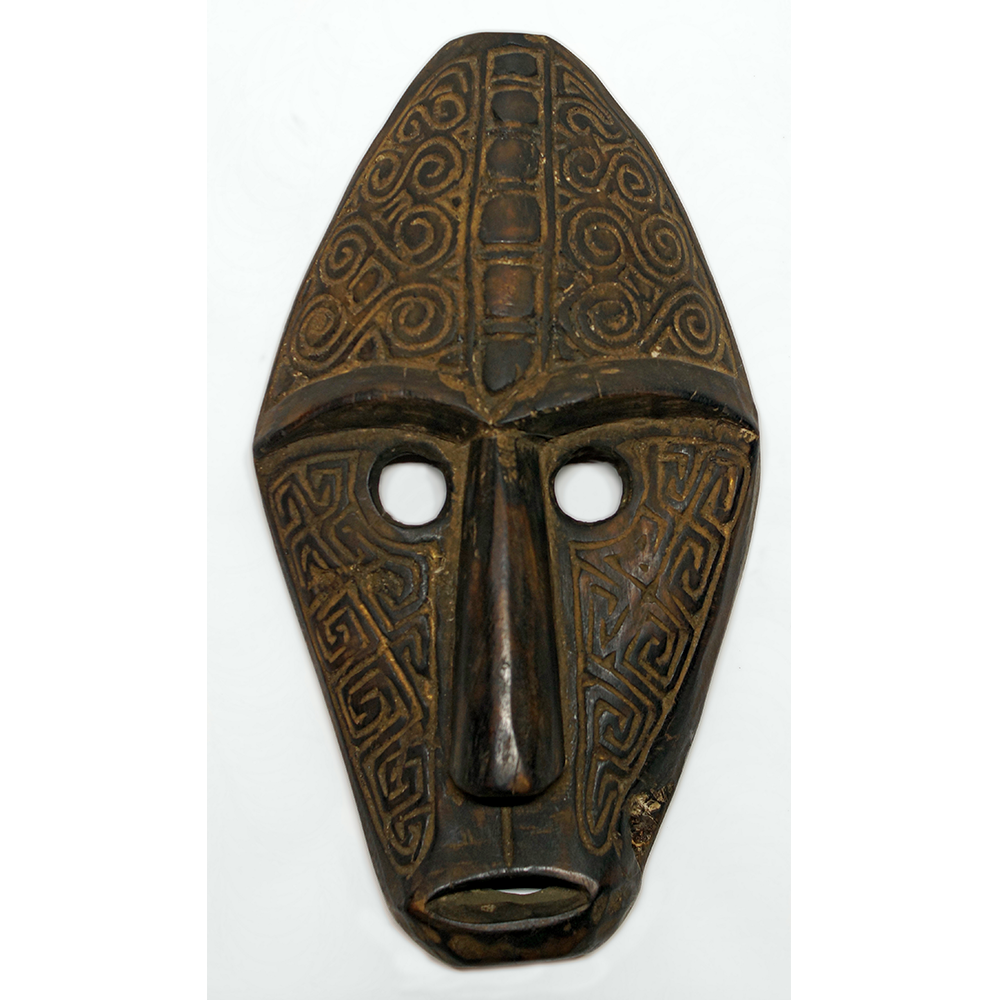 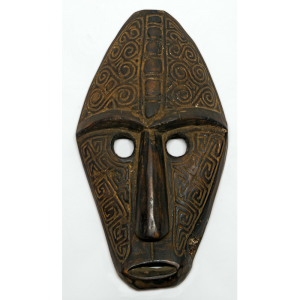 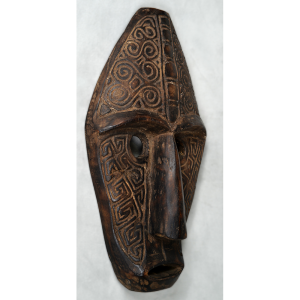 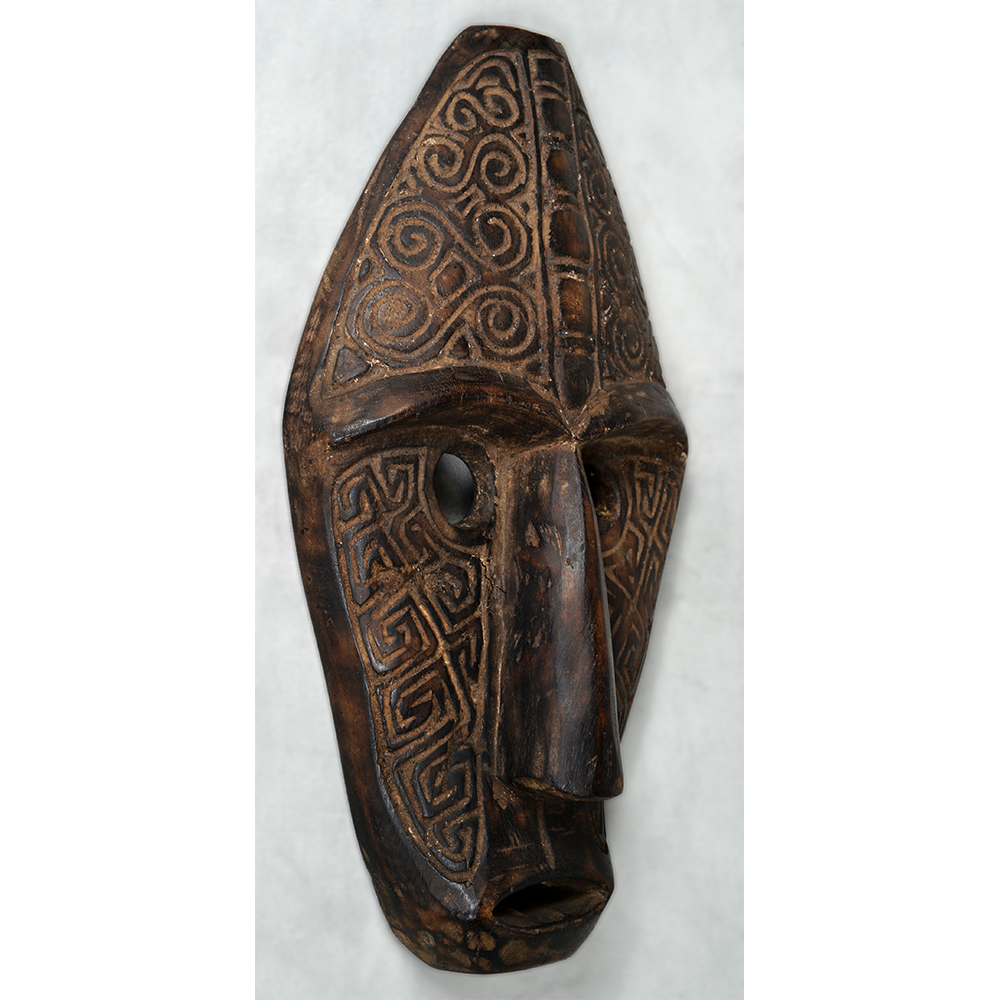 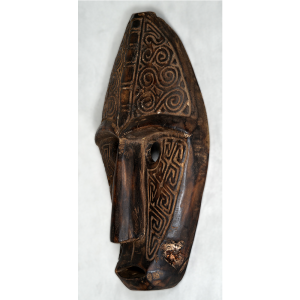 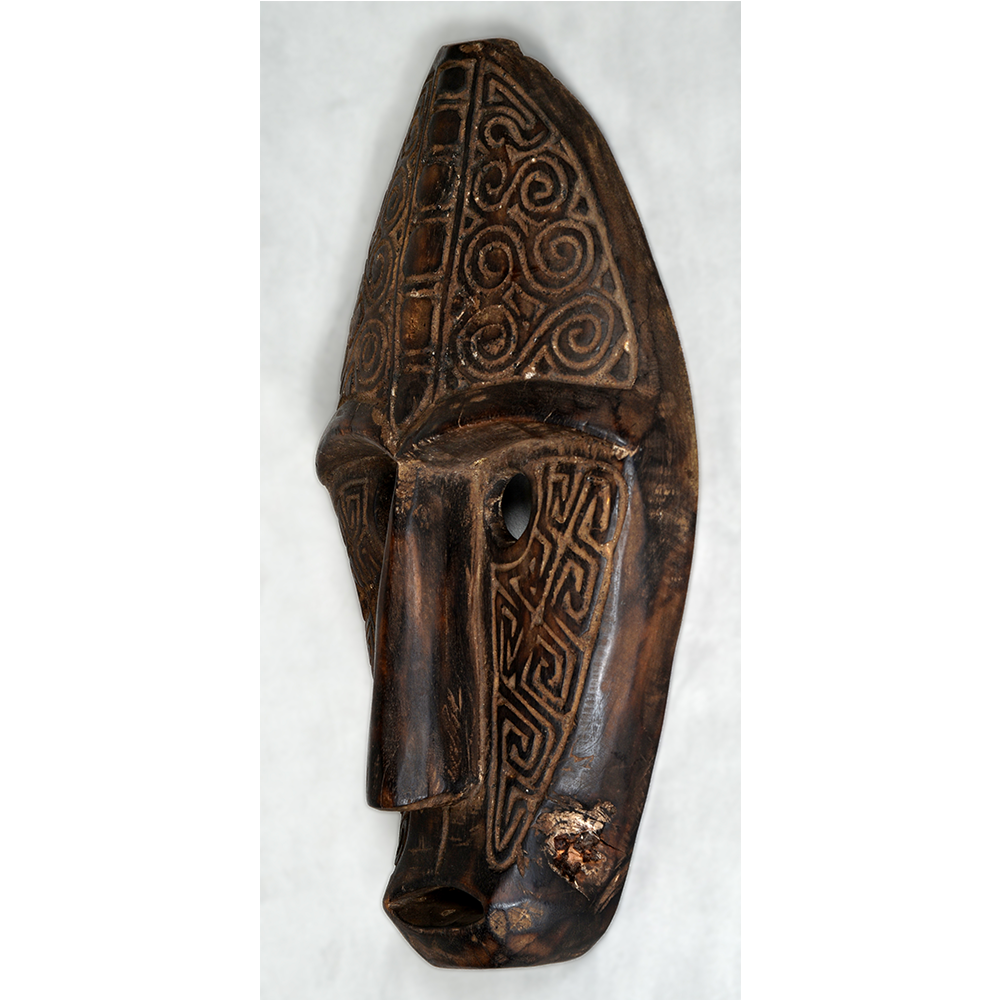 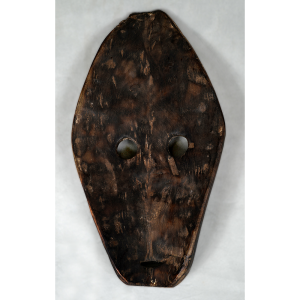 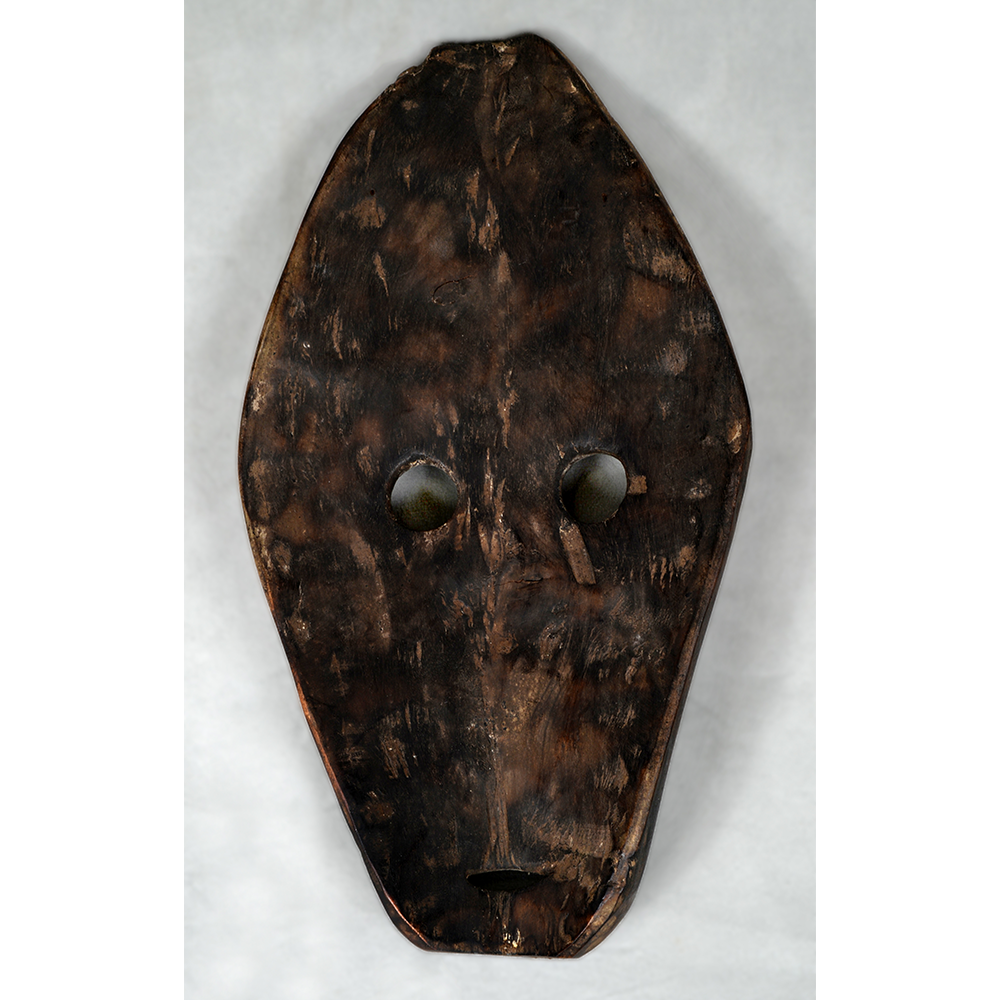 The Maluku (formerly Molucca) Islands are an archipelago of over one thousand islands inhabited by mixed Melanesian and Austronesian peoples. Since Indonesian independence and failed attempts to form various independent republics, they have formed two provinces of the Republic of Indonesia.  Very little is known about the masked ceremonies of the Maluku Islands or of this mask in particular.