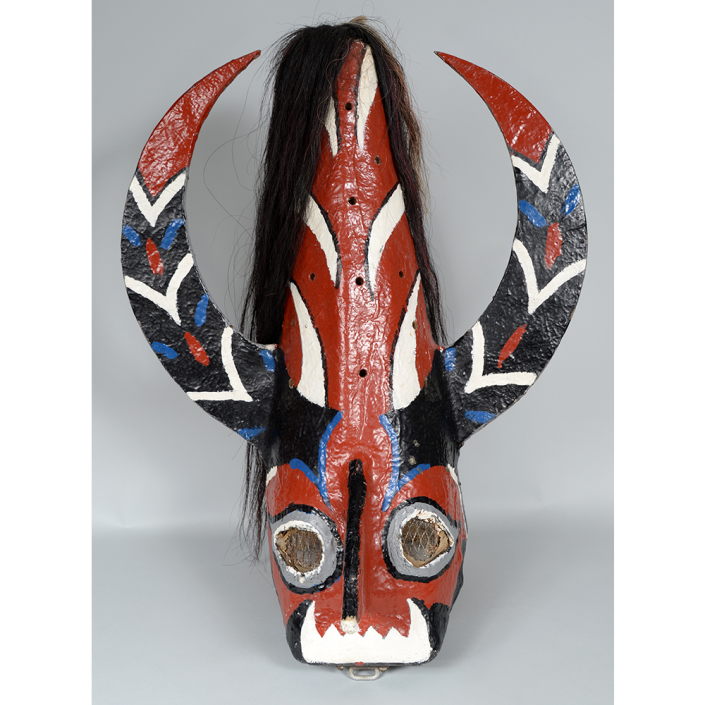 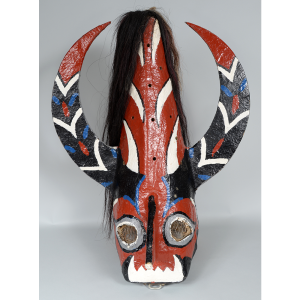 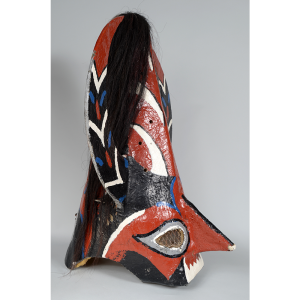 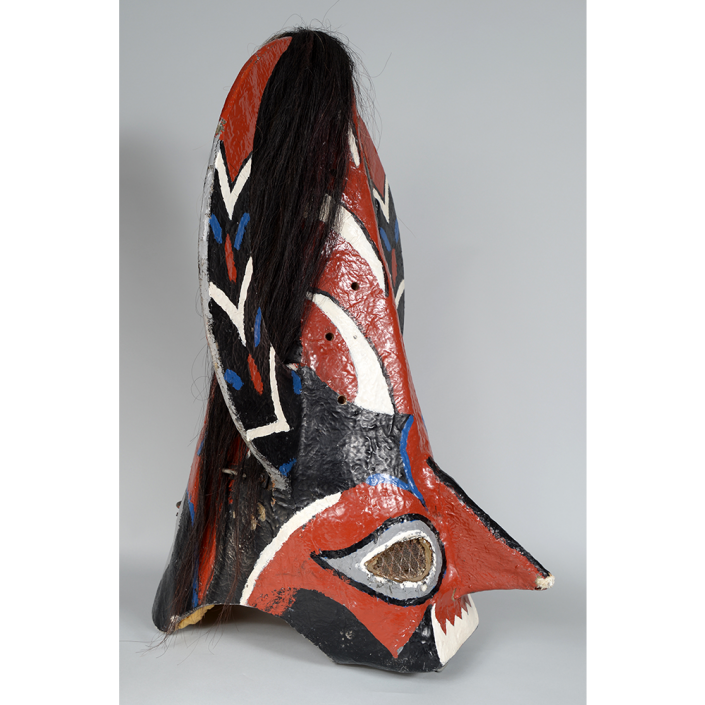 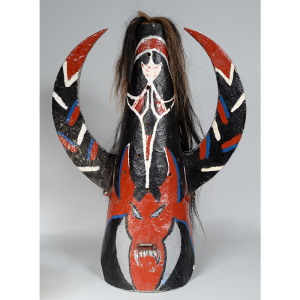 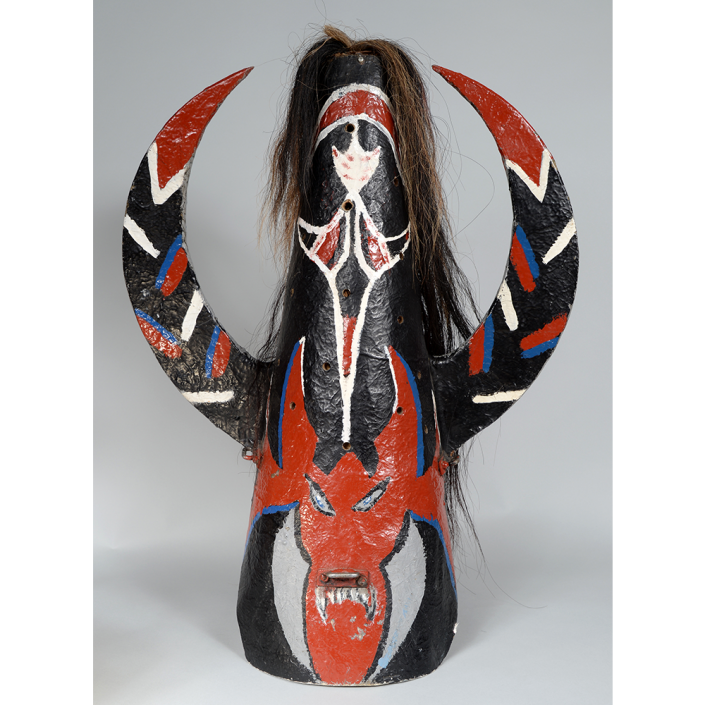 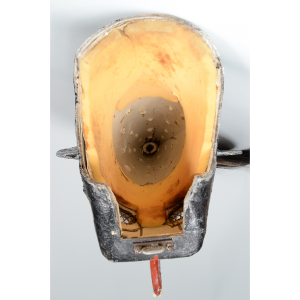 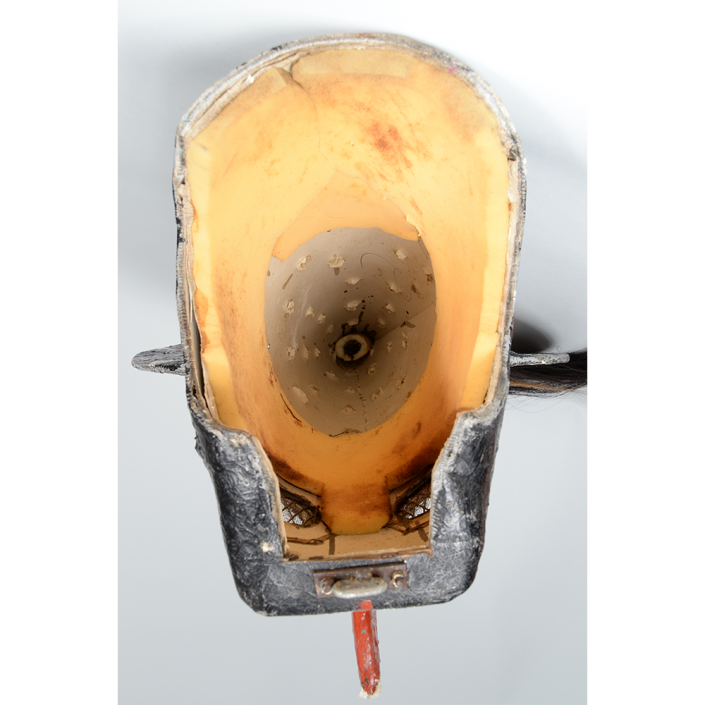 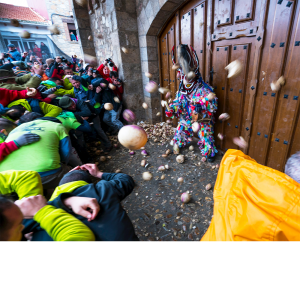 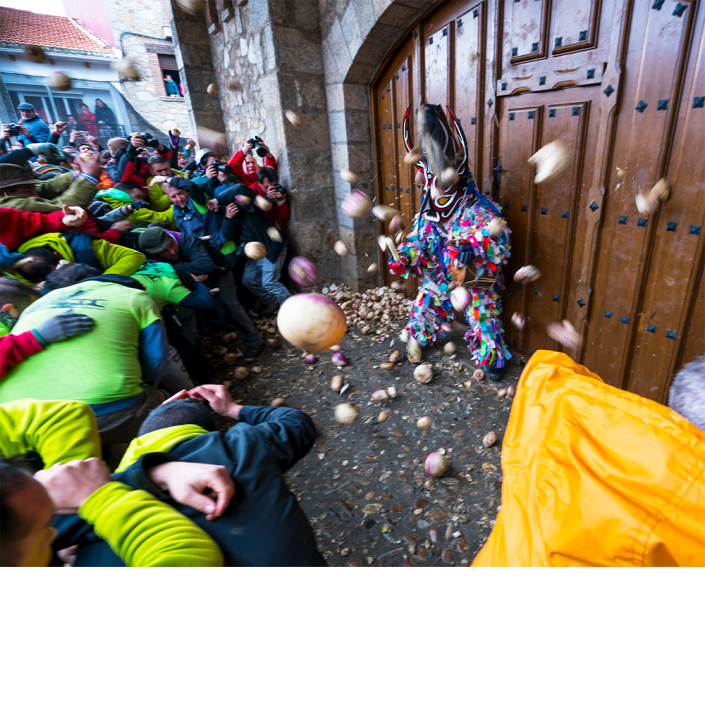 Jarramplas is an annual festival held primarily in the mountain town of Piornal in Extremadura, Spain, during the Festival of St. Sebastian (January 19 & 20). The tradition begins with a man dressed as a devil in heavy armor playing a small drum while running along the town streets. Inhabitants of the town chase him until they corner him, surround him, and continually pelt him with large, heavy turnips. Meanwhile, he continues to play the drum until midnight, being pelted viciously all the while. The Festival ends with a High Mass and an invitation to the celebrated Jarramplas to come to eat migas (a dish made of bread crumbs, pork ribs or sausage, spinach, and seasonings) at the local prefect’s house.

The origins of this ancient are contested. Some believe the Jarramplas represents a cattle thief getting his due but ultimately reforming at the hands of the religious authorities. Others think he represents St. Sebastian himself, who was reputedly shot full of arrows, for which the turnips are symbolic.

Because the turnips are sizable and thrown vigorously, the Jarramplas has always worn an armored costume. Originally, masks were made of wood, but for many years they have been constructed from hard fiberglass and fiberboard, and padded internally with foam rubber. The helmet is physically fitted to the armored suit, composed of iron rods and fiberglass, and covered with multicolored rags. There are usually only one or two dedicated Jarramplas masqueraders during each festival.

This mask was graciously donated to the Museum by the maker, Marcos Calle Vicente, and the Township of Piornal, with special thanks to Ms. Clara Calle.