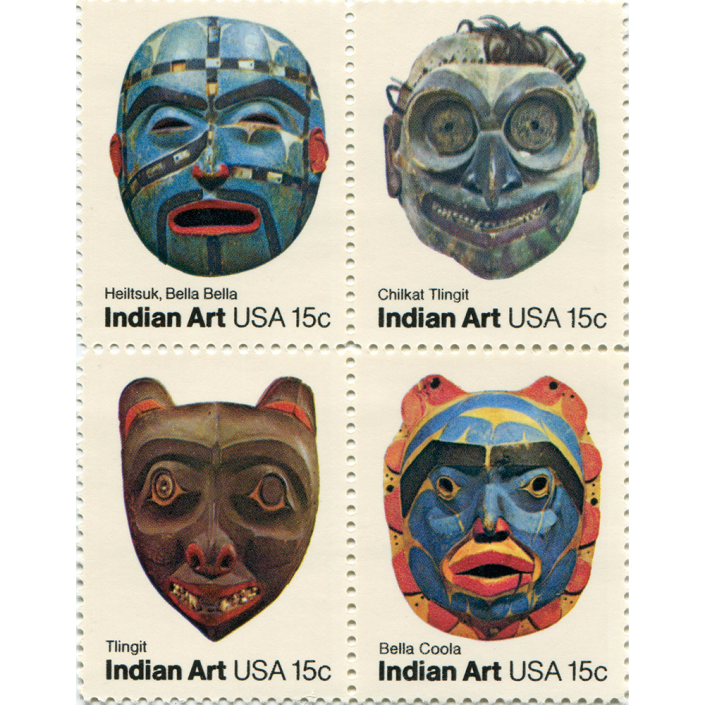 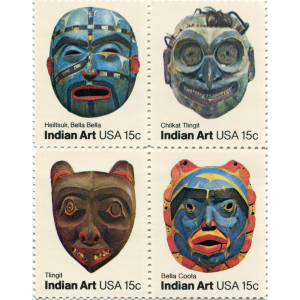 This stamp set was issued by the U.S. government in 1980 to celebrate the masks of the northwest coastal indigenous peoples. Oddly, these nations inhabited western Canada rather than the United States. Masks from first nations primarily resident in the United States, such as the Yupik peoples of Alaska; the Cherokee of the southeastern United States; or the Apache, Diné, Hopi or Zuñi peoples of the southwest, were never commemorated on stamps.