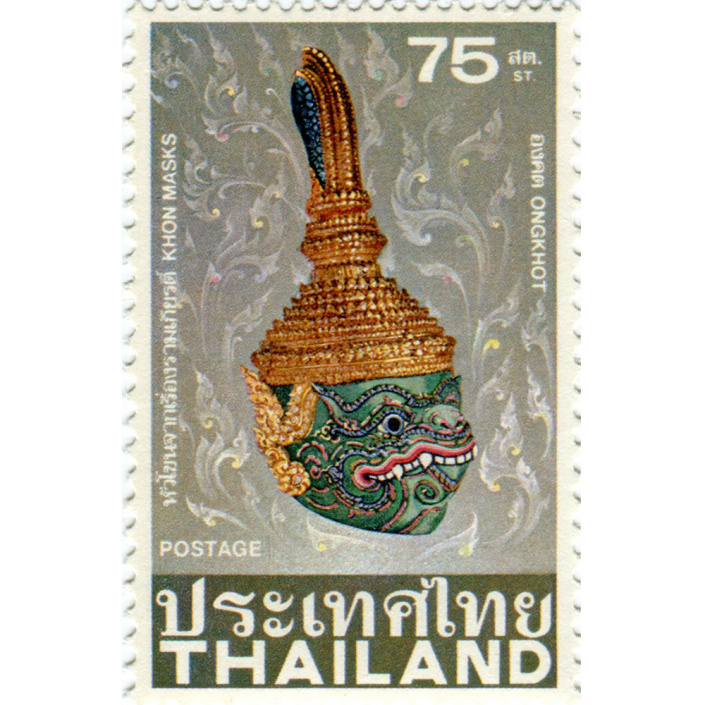 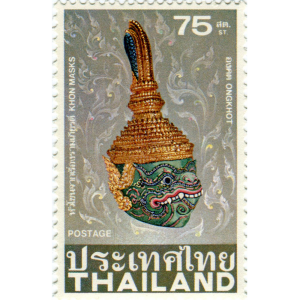 This stamp, issued by the Thai government in 1981, is one of a set of four celebrating the tradition khon masks used in the Ramakien theater. This stamp depicts the character Ongkhot, a powerful monkey prince who could increase his size to terrifying proportions and who assisted Rama in recovering his wife Sita. The value, 75 satang, is equivalent to three-quarters of a baht.