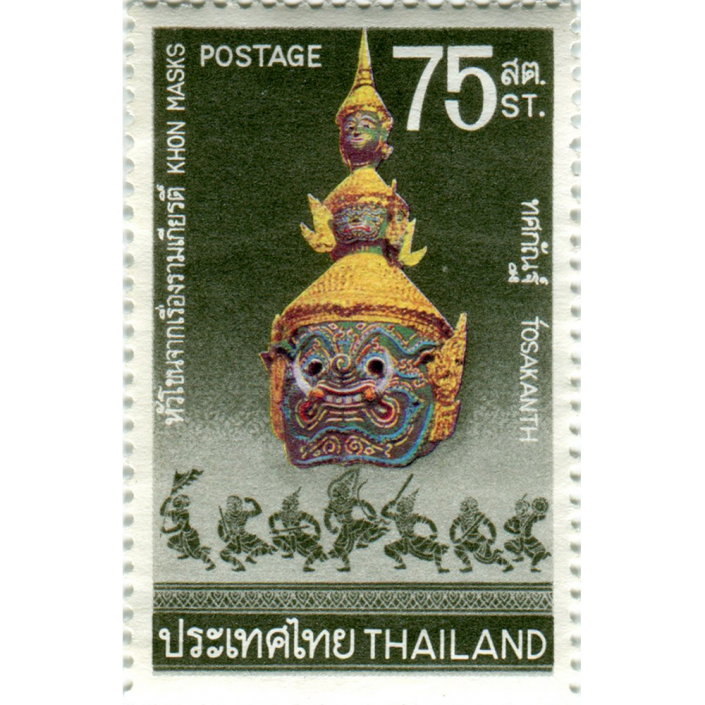 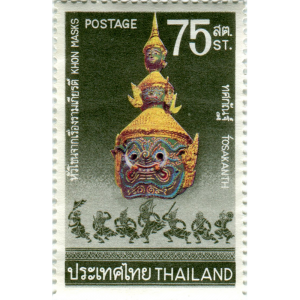 This stamp, issued by the Thai government in 1981, is one of a set of four celebrating the tradition khon masks used in the Ramakien theater. This stamp depicts the the antagonist character Totsakan, demon king of the island of Lanka who kidnaps Sita, the wife of Rama, and triggers a war.  The value, 75 satang, is equivalent to three-quarters of a baht.