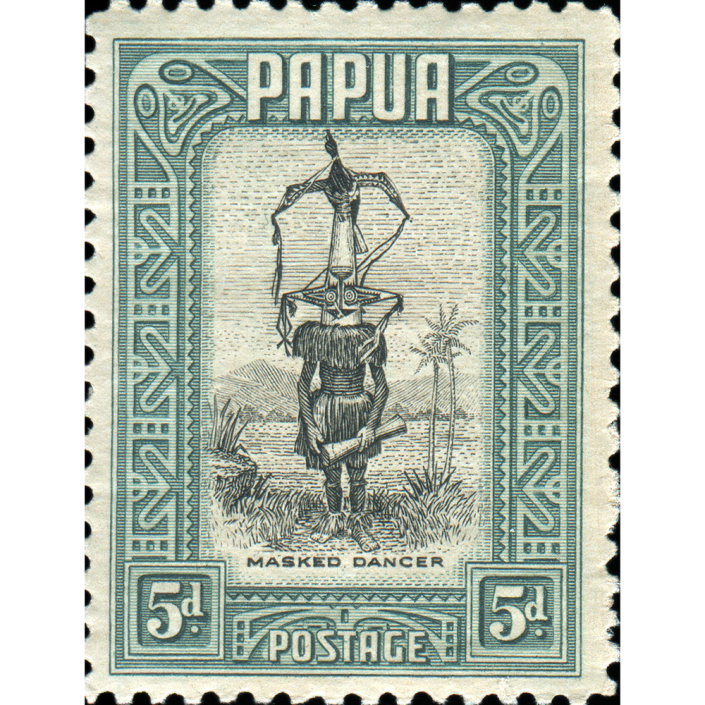 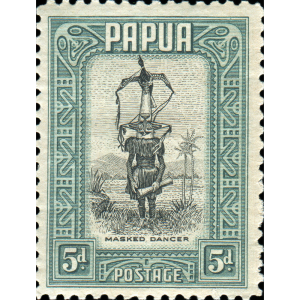 This postage stamp was issued by the Commonwealth of Australia in 1932 on behalf of the Territory of Papua, which comprised the southern half of the island of New Guinea. As a result, postage was issued in the territory denominated in Australian dollars.  This specific masked dancer is from the Elema people of the Papuan gulf. He is wearing an eharo mask formed from tapa (bark cloth) over a cane frame and danced as part of the hevehe ceremonial cycle. Such masks are used for comedic purposes in telling stories for communal entertainment.