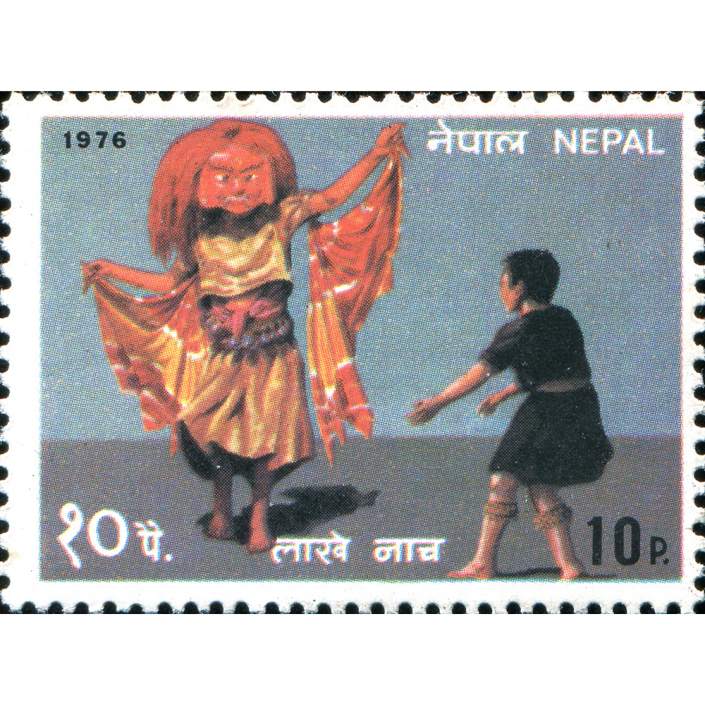 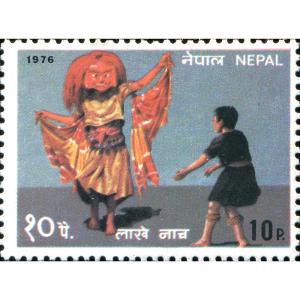 This stamp was issued by the government of Nepal in 1976 to celebrate the masked Buddhist dance known as Lakhe. The Lakhe appears during festivals such as Yenya and is worshiped as a deity. He travels through the towns accompanied by a musical band, stopping to dance at crossroads and market squares. During the dance, a young boy (Jhyalincha) taunts the Lakhe into chasing him (shown on the stamp), but the boy always escapes into the crowd. This stamp is denominated 10 paisa, or 1/10th of Nepalese rupee.