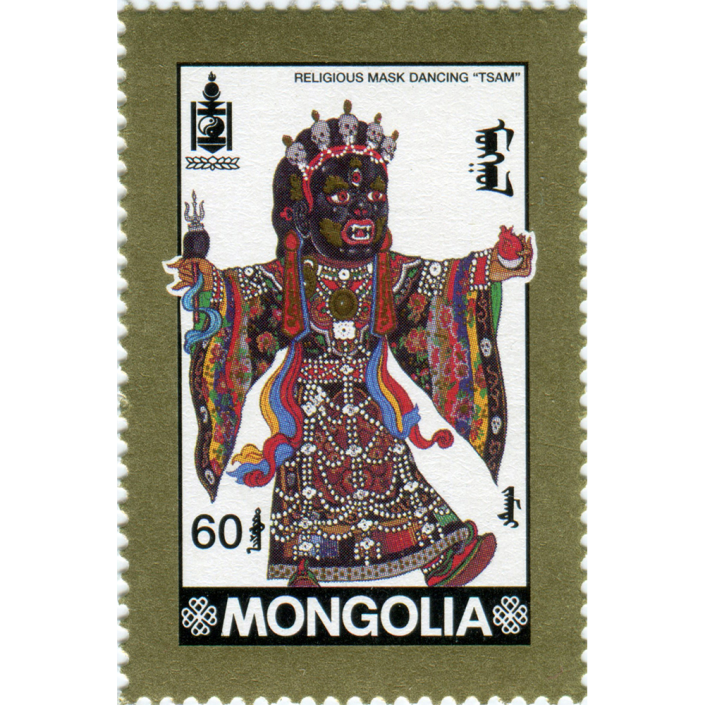 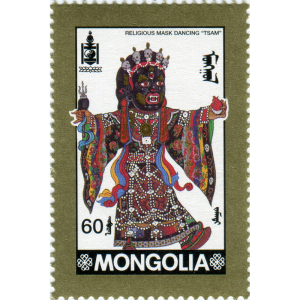 This stamp forms part of a set of seven issued by Mongolia in 2001 to celebrate the traditional Tsam Hindo-Buddhist masked dance. This is the third set of Mongolian stamps featuring Tsam masks, the others being issued in 1984 and 1991.  This stamp depicts Mahakala, the most paradoxical of Mongolian gods.  On one hand, he is a demon prince and god of diseases and plagues.  On the other, he brings prosperity to the living and shepherds the dead into paradise. Probably his closest relation is to Shiva of the Hindu pantheon.