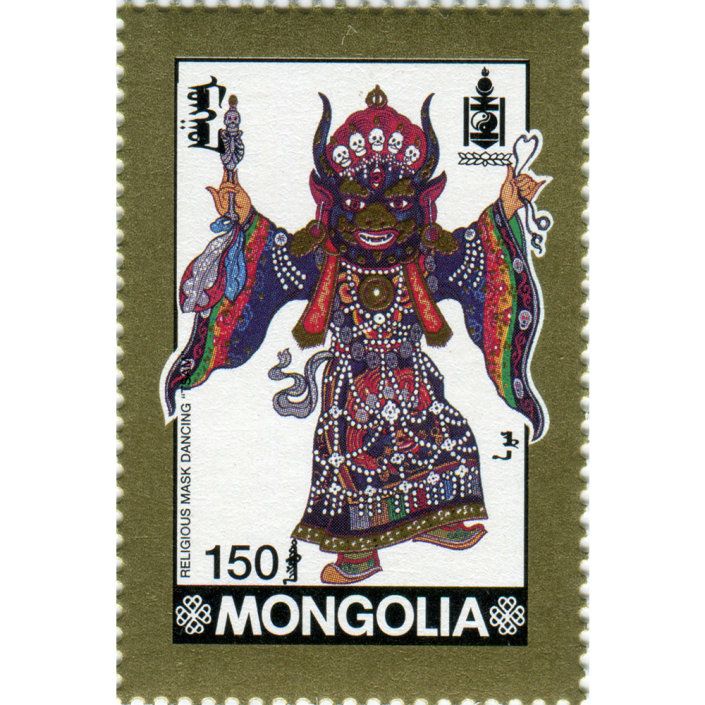 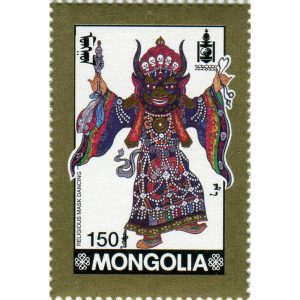 This stamp forms part of a set of seven issued by Mongolia in 2001 to celebrate the traditional Tsam Hindo-Buddhist masked dance. This is the third set of Mongolian stamps featuring Tsam masks, the others being issued in 1984 and 1991. This stamp depicts Yama (Tshoijoo), king of the dead and the underworld. Yama decides which of the dead ascend to paradise or are punished below. He is the most important of the Mongolian gods.