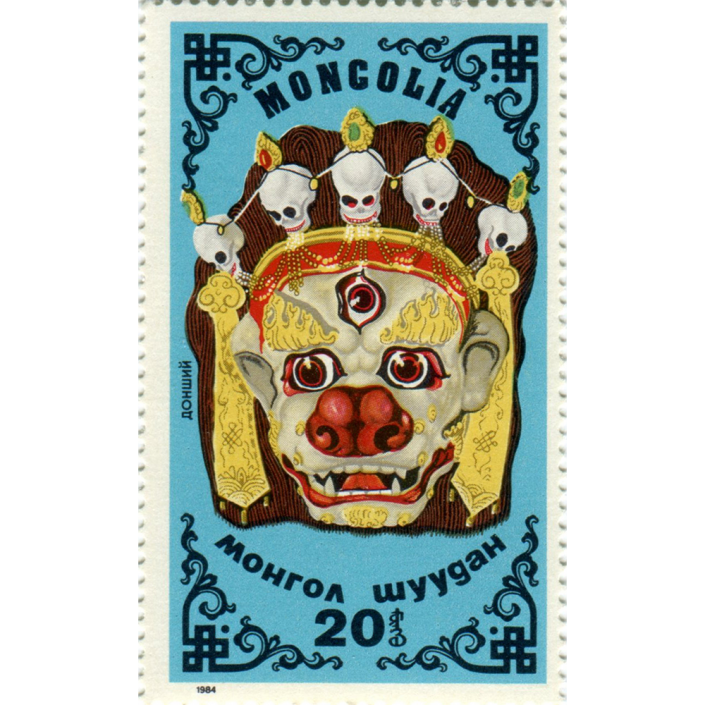 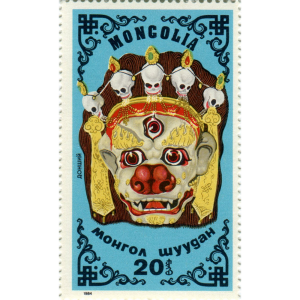 This stamp forms part of a set of eight issued by Mongolia in 1984 to celebrate the traditional Tsam Hindo-Buddhist masked dance. This is one of several sets of Mongolian postage stamps featuring Tsam masks issued after the fall of Communism. This stamp depicts Domshni, also known as Sendom or Arslan, a protecting lion deity. Domshni is a servant of Lhamos (also known as Lkham) who purifies the territory of demons.