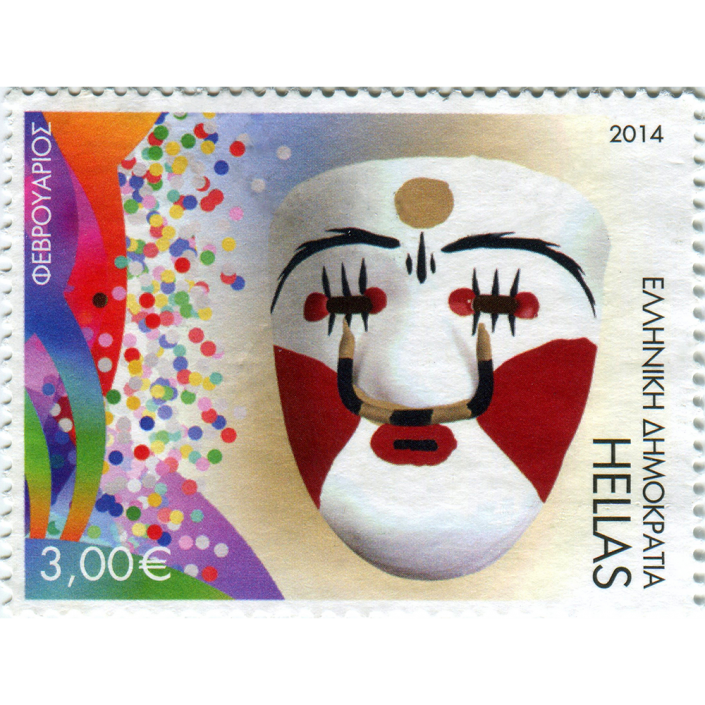 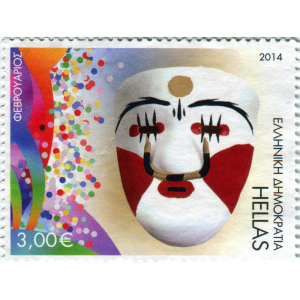 This stamp, issued by the Greek government in 2014, celebrates the boules of the small town of Naoussa. The boules dress as Turkish Janissaries in remembrance of the 1705 invasion of Greece by Muslim Turks, who kidnapped Greek children for recruitment into the Christian military unit. The boules dance 40 days prior to Orthodox Lent, ridiculing the invaders, memorializing the Greek resisters, and celebrating mock weddings.