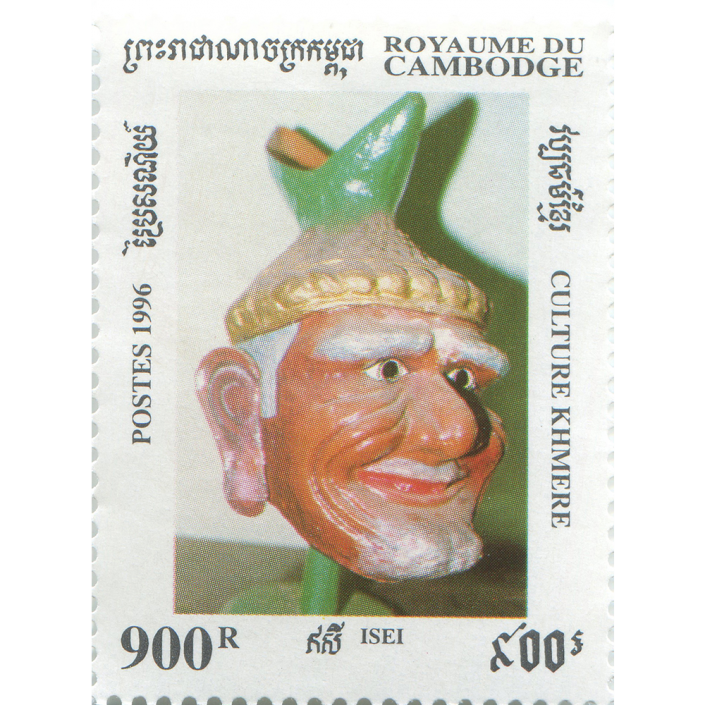 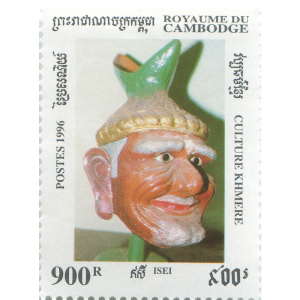 This stamp was issued by the Cambodian government in 1996 to celebrate the country’s traditional Hindu dance-drama, the Reamker. The Reamker is Cambodia’s version of the Indian Ramayana epic, telling the story of the battle between the divine avatar Rama and his allies against the demon king Ravana. This stamp depicts a character named Isei, unknown outside Cambodia.