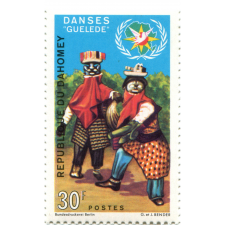 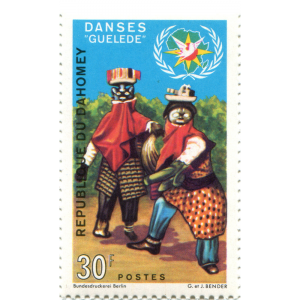 This stamp was issued by the Republic of Dahomey, the former French colony (called Dahomey Français) comprising the former Kingdom of Dahomey.  French Dahomey became self-governing in 1958, and gained full independence in 1960.  It was renamed Benin in 1975. The stamp depicts the Gelede Dance of the Yoruba people of Nigeria and Benin.