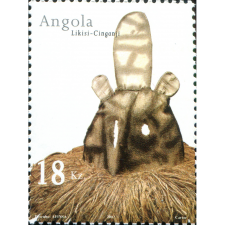 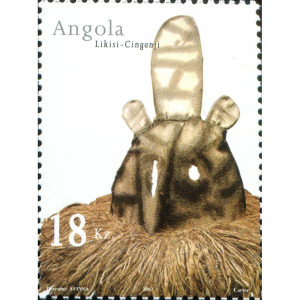 This stamp is one of a set, issued by the Angolan government in 2002, that celebrates the masks of Angola. The mask shown here is the likisi mask, also called a cinganji mask, of the Ovingangela people. It represents a zoomorphic creature much like an antelope (kakuhu) and is used to invoke the power of bush spirits to protect and purify the village.