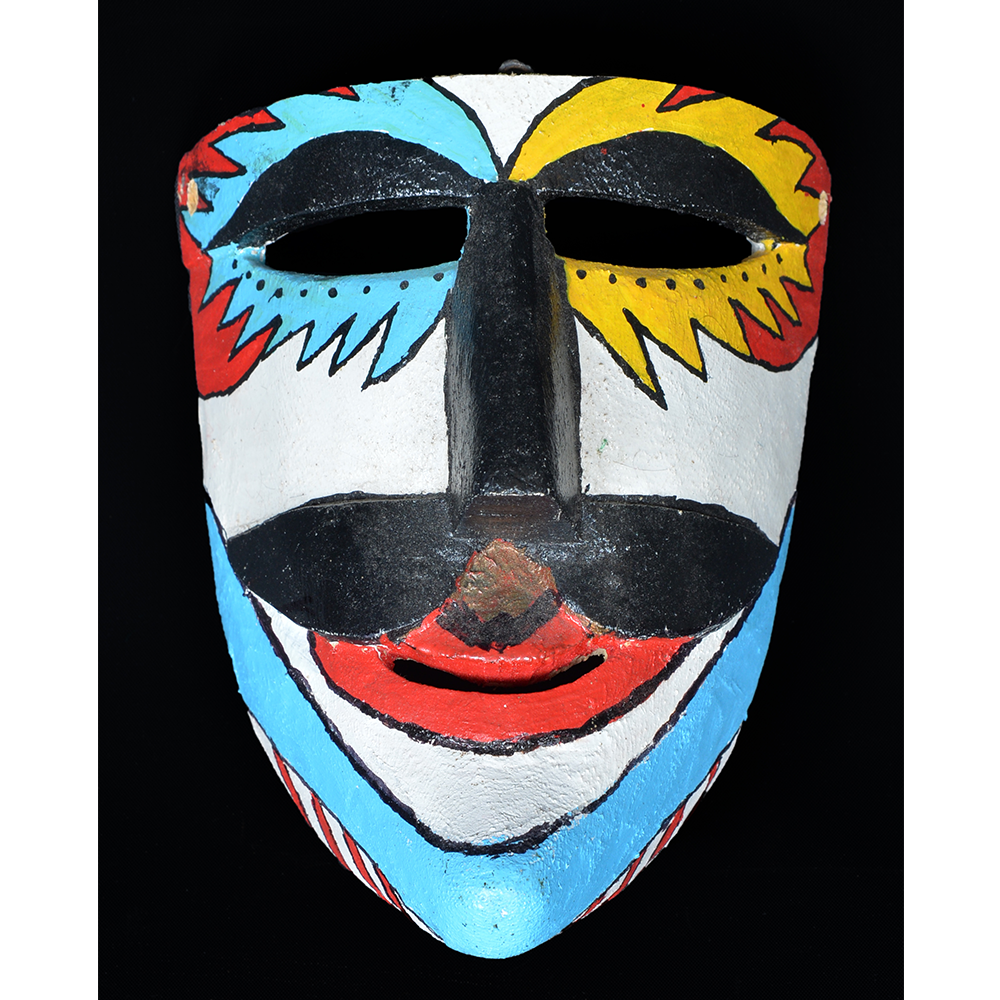 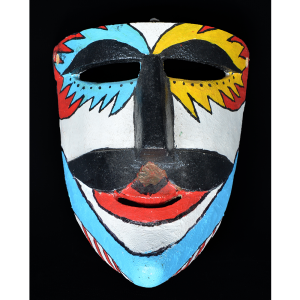 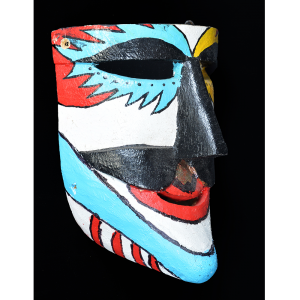 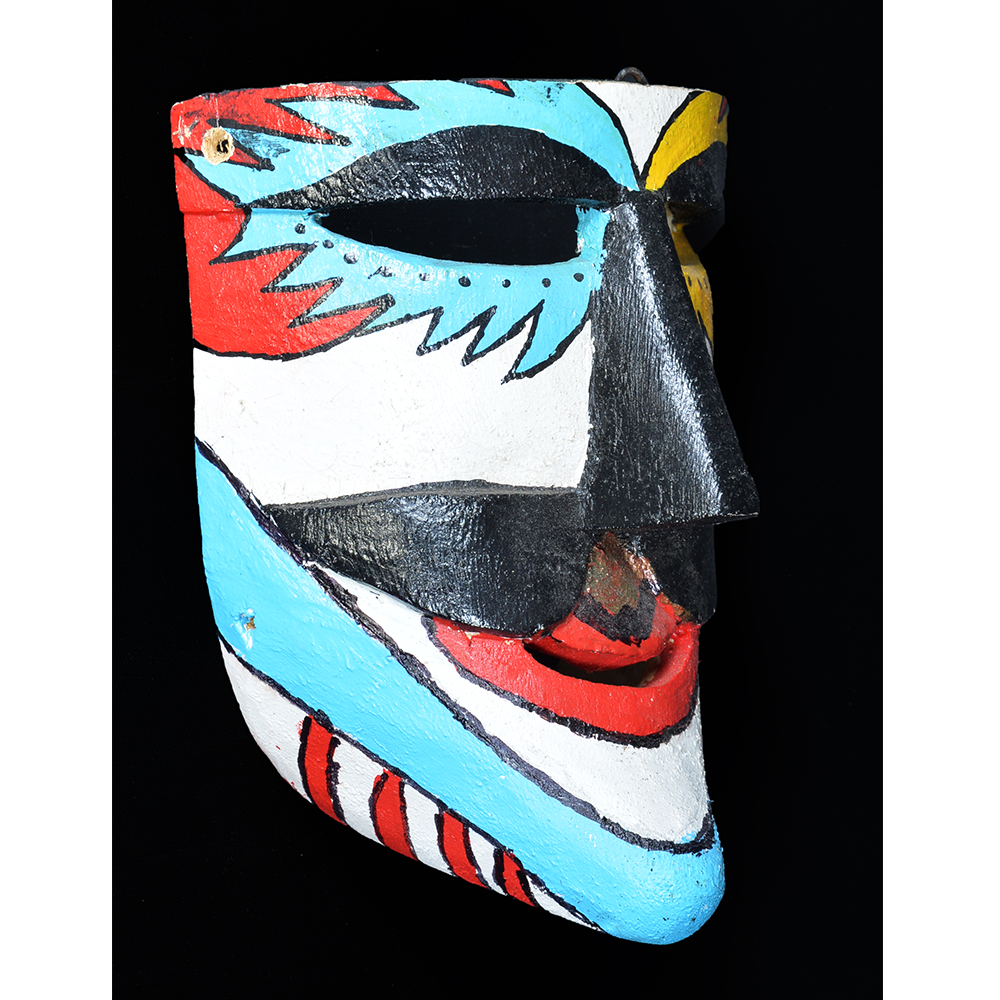 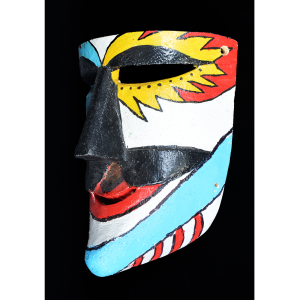 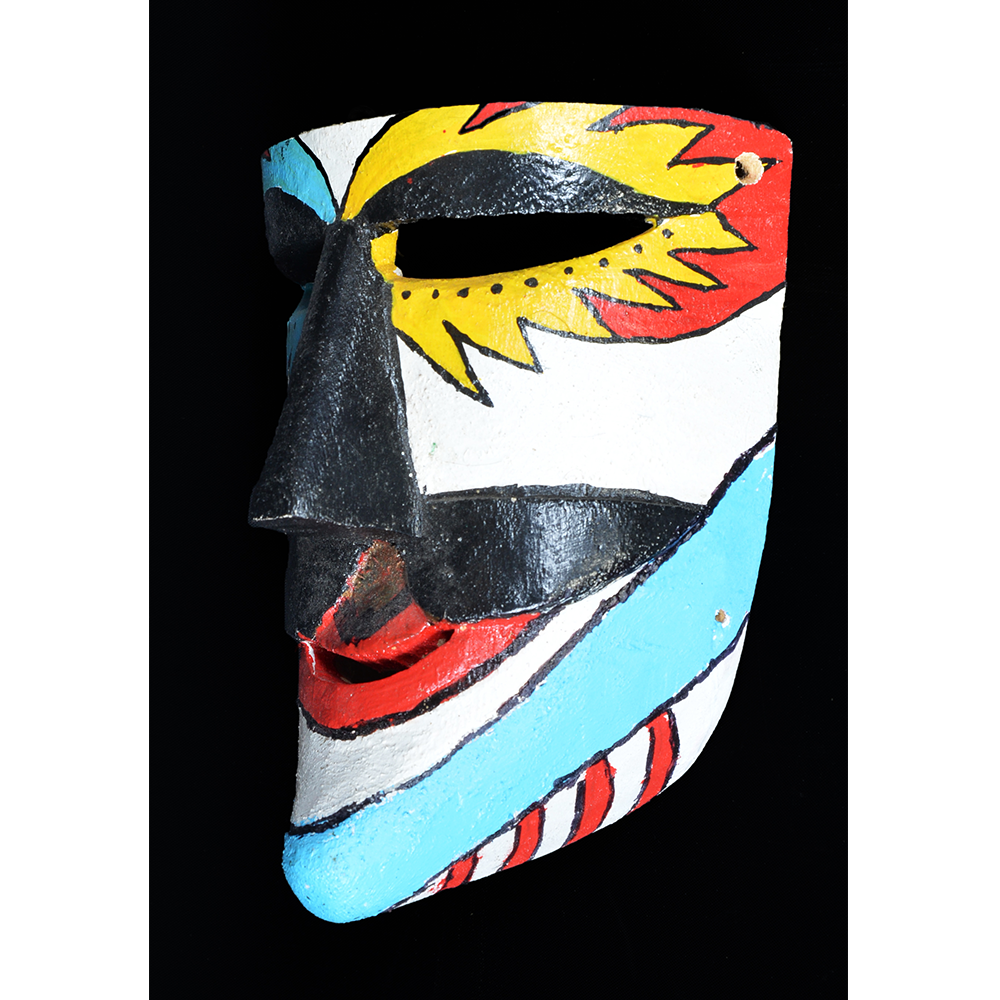 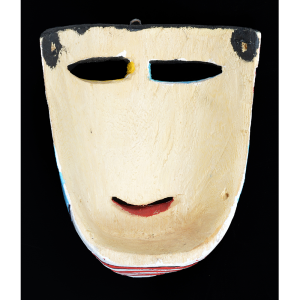 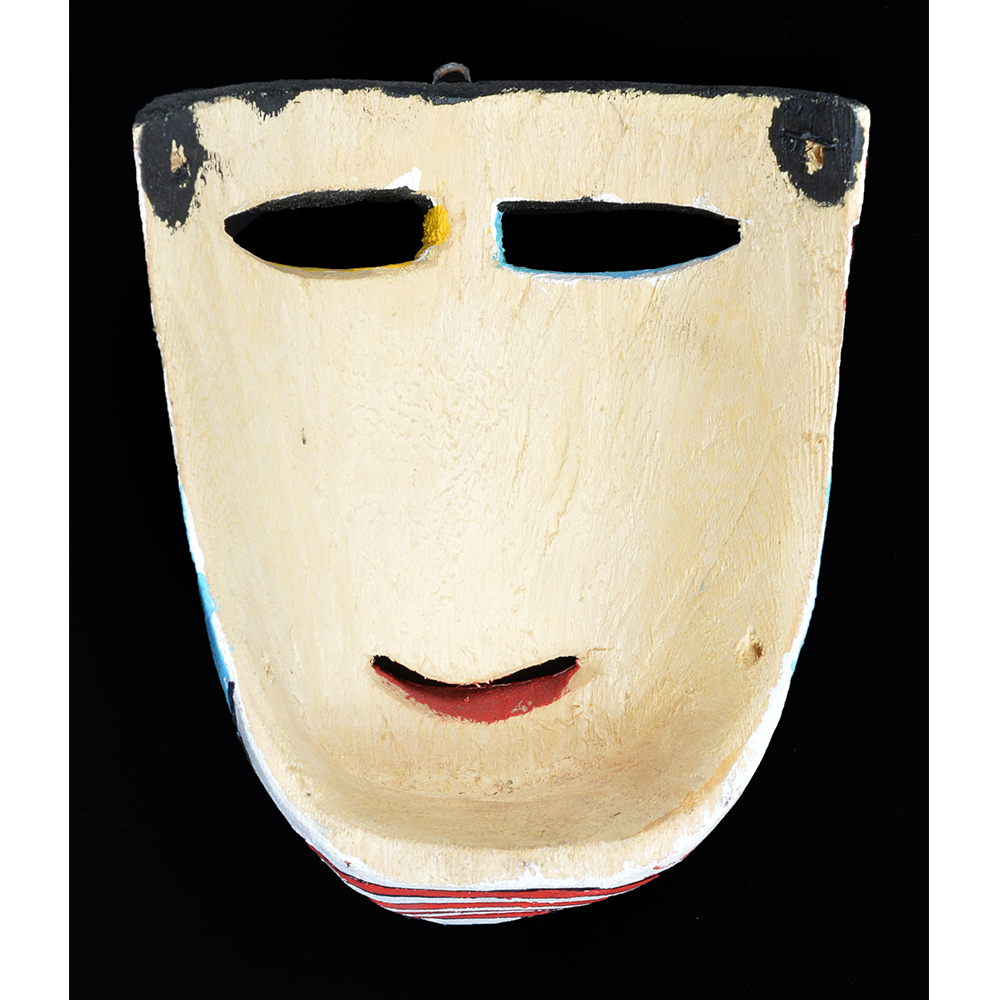 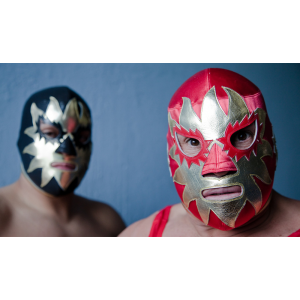 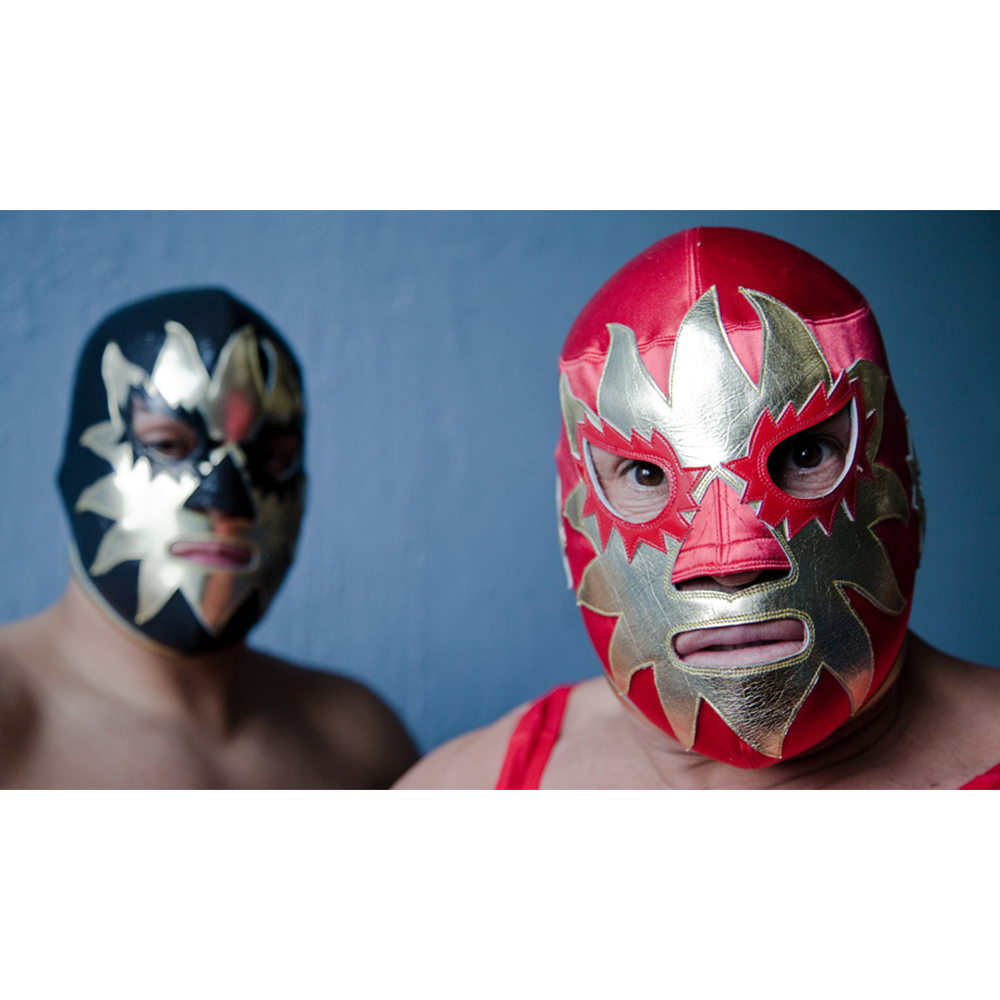 The dance is still performed widely in Mexico, including in Mexico State, Michoacán, Puebla, and Veracruz. Important characters include Spaniards, Moors, saints, angels, and devils. This Moro takes a form typical only in the village of Tuzamapan and is commonly known as an “enamorado” (lover) or “card face” Moor, because the makers there often include symbols from playing cards (hearts, spades, diamonds and clubs). More recently, designs like this one have been inspired by the masks used in the popular lucha libre (wrestling). This specific mask was created for the maker’s young child and worn by him in a few successive dances.